My college’s Latinx student group assumed all Latinxs are Mexican

September 15th through October 15th marks Hispanic Heritage Month, a celebration enacted by the United States government to honor the achievements of our country’s Latinx community. Though we are using this time to highlight the importance of visibility, it’s worth noting that Hispanic Heritage Month is controversial — as is the word “Hispanic.” Both terms unduly homogenize beautiful, complex cultures, and they were ironically created by a political system that continues to persecute those they aim to celebrate. As for “Hispanic,” it refers back to Spain, the country that brutally colonized these cultures, and excludes non-Spanish speakers. While bringing light to this, we also aim to support the voices of the Latinx community over the course of this month.

When I thought about attending college in the United States, my being from Puerto Rico never made me feel nervous — because there were student groups on campus. Belonging to such an organization meant having my very own haven and a built-in set of friends that would somehow dull the struggles of being a college student. At least, that’s what informational brochures and new student events led me to believe.

All first-year students signed up for clubs on the first Friday of September. From beekeeping to investing, there was an overwhelming number of clubs to choose from, so much so that I signed up for ten. Those ten decreased to three over the course of four years.

I also made sure to sign up for the Latinx group, since a junior had told me it was the best thing she’d done for herself.

During my first group meeting, the president discussed all the benefits that came with being part of the club. They specifically mentioned how members could wear a special sash at graduation. Several underclassmen’s eyes sparkled when they saw the picture of a student walking down the aisle with a sash resembling a Mexican sarape. I was glad many of my new peers saw themselves in that picture, but I was hesitant to appropriate an item from someone else’s culture. Yet, because I had many pesky practical questions about my new classes, my newly purchased winter gear, and the dining hall schedule, I didn’t want to voice any concerns about the group of people who could help me navigate my college experience.

To kick off Hispanic Heritage Month, these group members hosted a cooking demonstration for the entire student body. A handful of students made elotes, while others jammed to Selena as they ate. I loved seeing how Selena influenced the music scene, not just for Mexican-Americans, but for a worldwide audience (some students outside of the group credited their knowledge of Selena to Jennifer Lopez’s film).

Behind the food and fun, though, I was left feeling ostracized by my Latinx peers; the flyers for upcoming Hispanic Heritage Month celebrations all revolved around solely Mexican-American pop culture staples like Lotería cards and the María la del Barrio soap opera. Nonetheless, I still went to these events because I wanted to embrace their culture and to avoid making decisions based on lack of knowledge or exposure to others’ backgrounds. At the gatherings, there were also students of Guatemalan descent as well as another first-year student from Puerto Rico, but they all seemed indifferent when I asked if they felt left out.

I tried enjoying María la del Barrio as my Mexican-American schoolmates embarked on the ultimate throwback to their childhood. I felt there was something missing as I thought about pre-crossover Shakira with her dark tresses and about the Ricky Martin posters in my dorm room — club leaders weren’t presenting an accurate depiction of what the Latinx community encompasses.

What’s a person to do during celebrations that are meant for you but also exclude you? 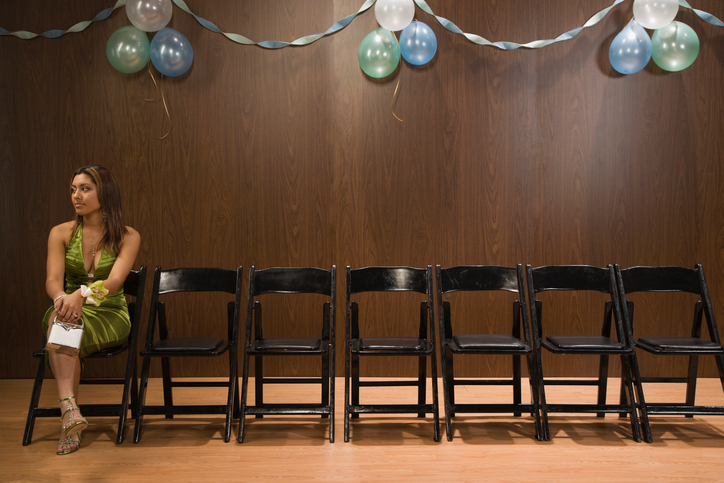 The club was my frienemy — I was fine with having something in common with its leaders, but there was a fundamental frustration because they inadvertently perpetuated the notion that all Latinxs come from the same place. The group that I thought would allow me to stay in touch with my heritage was giving me a false sense of security, and that meant it was time for me to leave.

I gave myself permission to reflect on what I still needed to learn. For starters, I always knew the significance of Hispanic Heritage Month but never celebrated it because there’s no need to create awareness for your culture when you live on an island where Hispanic Heritage Month could be every day. It garnered a new layer of meaning when I moved to the United States; I had to reconcile my established beliefs with those of the new community I was now a part of.

I also came to terms with the idea that we may gain visibility when we celebrate Hispanic Heritage Month, but we may also become invisible when we reduce ourselves to one general term.

During my time in the student group, I walked down a path that allowed me to deepen what I held true, to challenge it, redirect it, affirm it, and develop new truths. Classes and club discussions allowed for respectful, candid debates in a safe environment with people whose points of view sometimes differed from mine. This process led me to realize that my own beliefs differed from those of people around me, and I struggled to find balance without losing my identity. It was then that I left the student group, as I lost the fear that others wouldn’t accept me or would find me disagreeable because of my opinions.

Three years later, when members of the club asked for campus-wide support to quickly set up a new cultural center after theirs was shut down, I was there for them. When there was a demonstration over a racist incident, I stood beside them without limits or shame. I was finally okay with the fact that the club wasn’t my safe space to connect with my heritage or with like-minded people, but for many of my colleagues, it was. And since I graduated, this particular group has taken steps to be more inclusive of different points of view and experiences. We all learned and grew as a result.

Since that time in my life, I’ve discovered that not belonging to a community such as a student group isn’t something to be ashamed of. It doesn’t mean I’m a bad Latinx or that I’m giving up on my personal growth. After all, a part of growing up is learning what works, and does not work, for you — no matter where you come from.