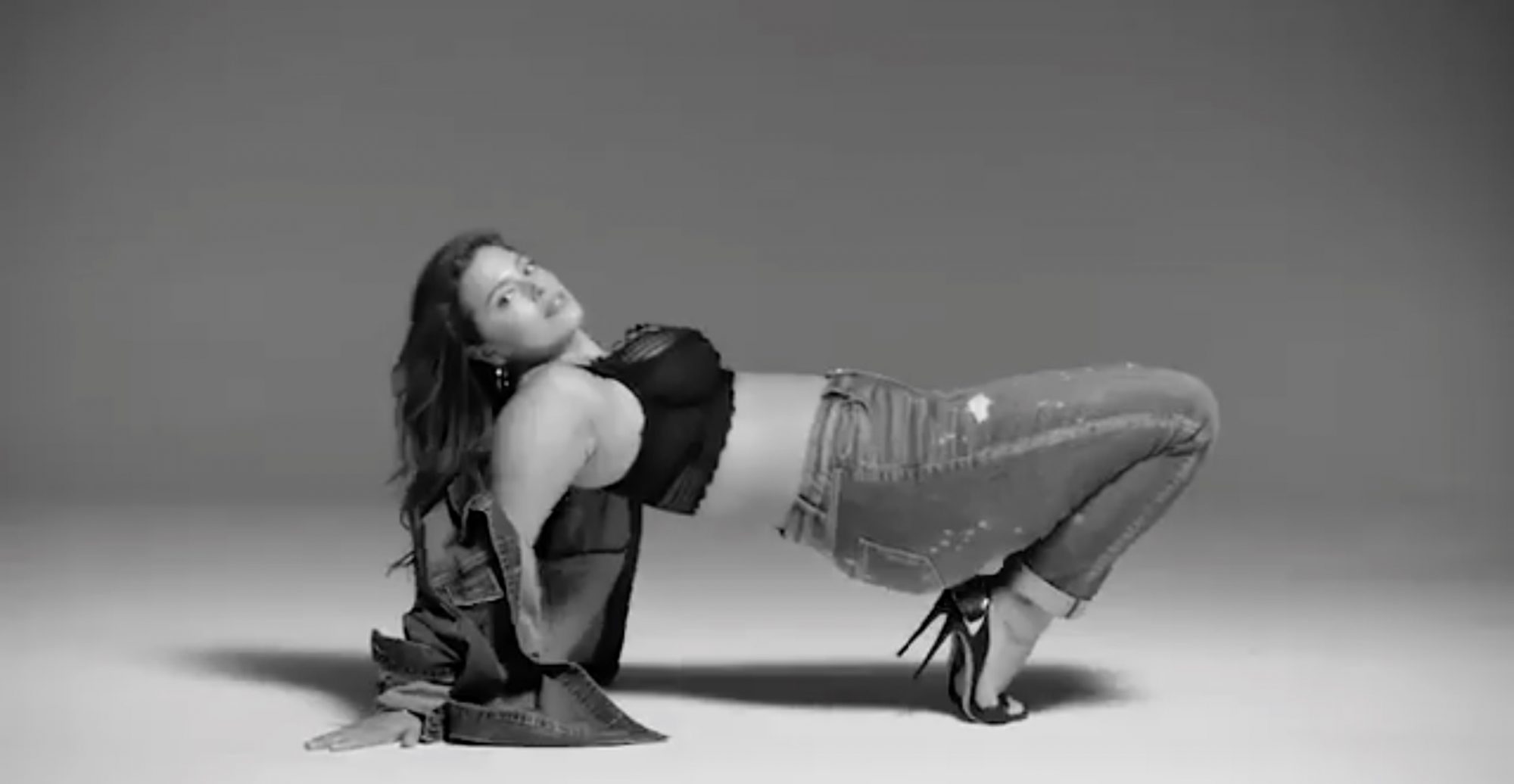 The latest Lane Bryant ad is pretty sexy, and the clothing brand wants to make sure everyone knows it.

Lane Bryant, which specializes in women’s clothing sized 14 through 28, is famously outspoken about body diversity—often receiving mixed reactions from customers, including the 2015 #ImNoAngel and #PlusIsEqual campaigns.

Lane Bryant’s latest ad sequence is titled “This Body,” a campaign that, as the brand’s CEO and President Linda Heasley told Refinery29,”cites the conversation as overdue, unavoidable, and a rapidly progressing cultural (r)evolution, and allows Lane Bryant to continue to be [a] platform for shifting perception.”

On Thursday, the brand tweeted a video of a television commercial from the new campaign, saying, “The networks didn’t want you to see this. But we do. Share. Tag. Show everyone what #ThisBody’s made for.”

Ashley Graham (who recently made history as the first plus-size model to grace the cover of Sports Illustrated‘s swimsuit edition), Precious Lee, Tara Lynn, Denise Bidot, and Georgia Pratt star in the bare-everything advertisement, which portrays the ladies in various states of undress as well as completely nude, with their lady bits strategically covered. The models make statements that declare their stance on body inclusivity, such as Precious’s, “this body is made for proving ’em wrong,” and Denise’s, “this body is made for living.” There is also a shot of Tara breastfeeding her baby, in which she says, “This body is made for love.”

A Lane Bryant rep said that networks including ABC and NBC rejected the ad, but NBC released a statement to PEOPLE claiming they had asked for a revised version: “As part of the normal advertising standards process, we reviewed a rough cut of the ad and asked for minor edits to comply with broadcast indecency guidelines. The ad was not rejected and we welcome the updated creative.” The brand is reportedly discussing whether it will resubmit the ad.

This isn’t Lane Bryant’s first run-in with the ad sales teams at big networks: In 2014, another commercial featuring Ashley didn’t make the cut to be aired.

The retailer also released the following statement, which addresses past criticism Lane Bryant has received from customers:

While we don’t know the exact reason the ad was rejected, we can guess that either the nudity or breastfeeding were cause for the networks’ concern. But as an LB rep told the New York Daily News, “I don’t think these models are any more nude than any other models we’ve seen on TV.”

Regardless of the media controversy, we’re glad we still have the chance to watch the 30-second video. It’s an amazing expression of self love and body positivity.