"They give me dewy, luscious skin."

If you grew up in the early-mid aughts like Lana Condor, you were probably privy to the obsession with (and ignorant to the consequences of) soaking up lots of sun. Back then, many young girls opted for tanning oil rather than sunscreen, and the To All the Boys star recalls pouting when her mother (“a strict sunscreen user”) lathered sunblock on her body, too. Luckily, knowledge on sun damage has become more widespread over the years, turning Condor into a sunscreen enthusiast herself. Now, at 24, the actress tells HelloGiggles that SPF products are the first thing she applies every morning during the summer.

“The sunscreen I was introduced to as a kid was very thick and had an intense scent and white cast, so it kind of turned me off from sunscreen,” Condor says, speaking over a recent Zoom call. “Now, we’re so lucky that we have sunscreens that have changed with the times—they’re so light and easy to apply.”

Condor says she particularly loves the Neutrogena Invisible Daily Defense, because “it doesn’t have that white cast; it just makes my skin glowy and beautiful.” 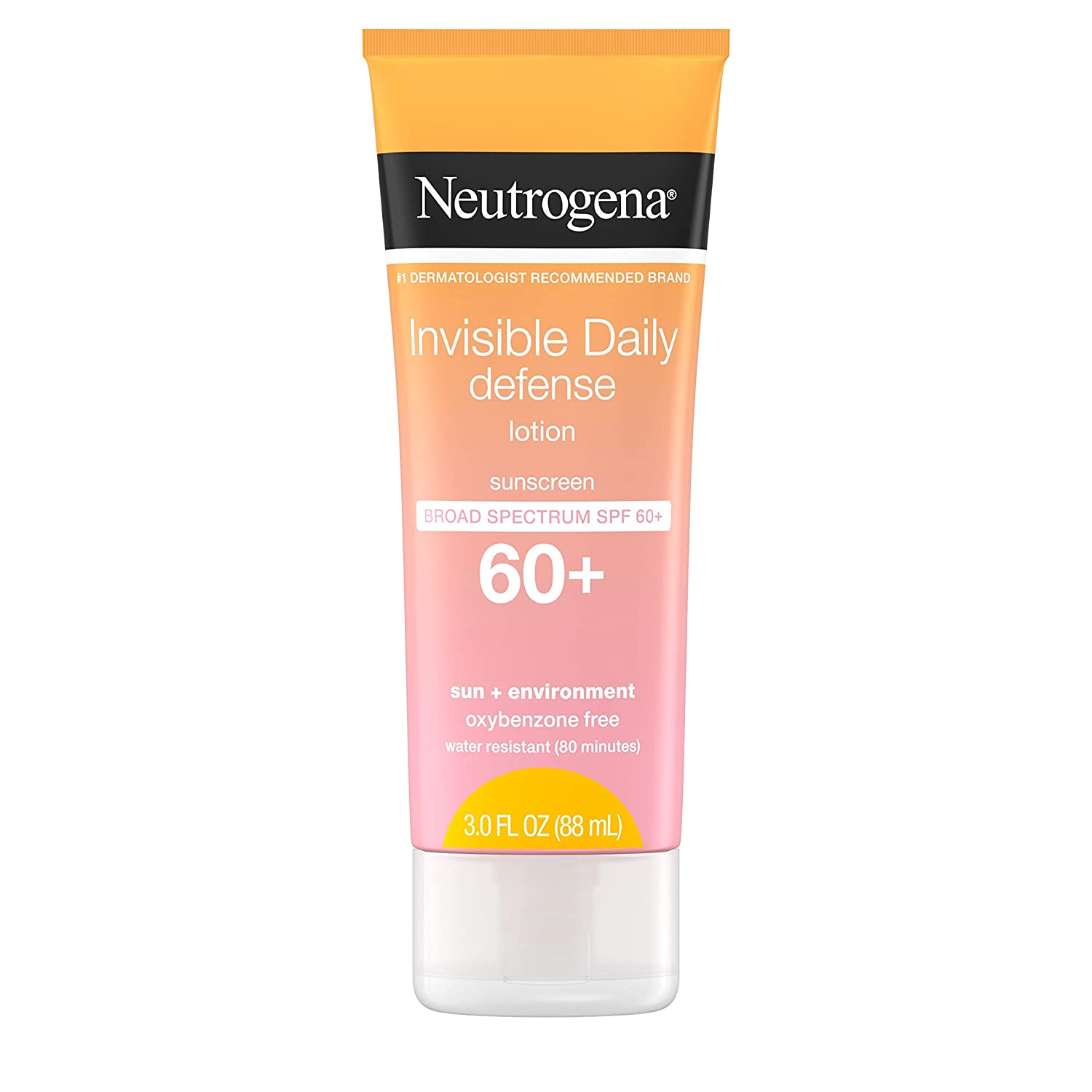 The actress, who is currently filming the HBO Max sci-fi rom-com Moonshot alongside Cole Sprouse, says that working with Neutrogena (she was named the brand’s newest face last year) has helped her focus on “maintaining healthy skin every day.” Along with the aforementioned lotion, Condor also applies the brand’s serum version of the SPF product to her skin on the daily.

“I use the serum as part of my morning skincare routine,” she explains. “I’m putting on serum and SPF at the same time, which kinda tricks my mind; it’s like a sneaky way to put on sunscreen and it gives me luscious, dewy skin.” 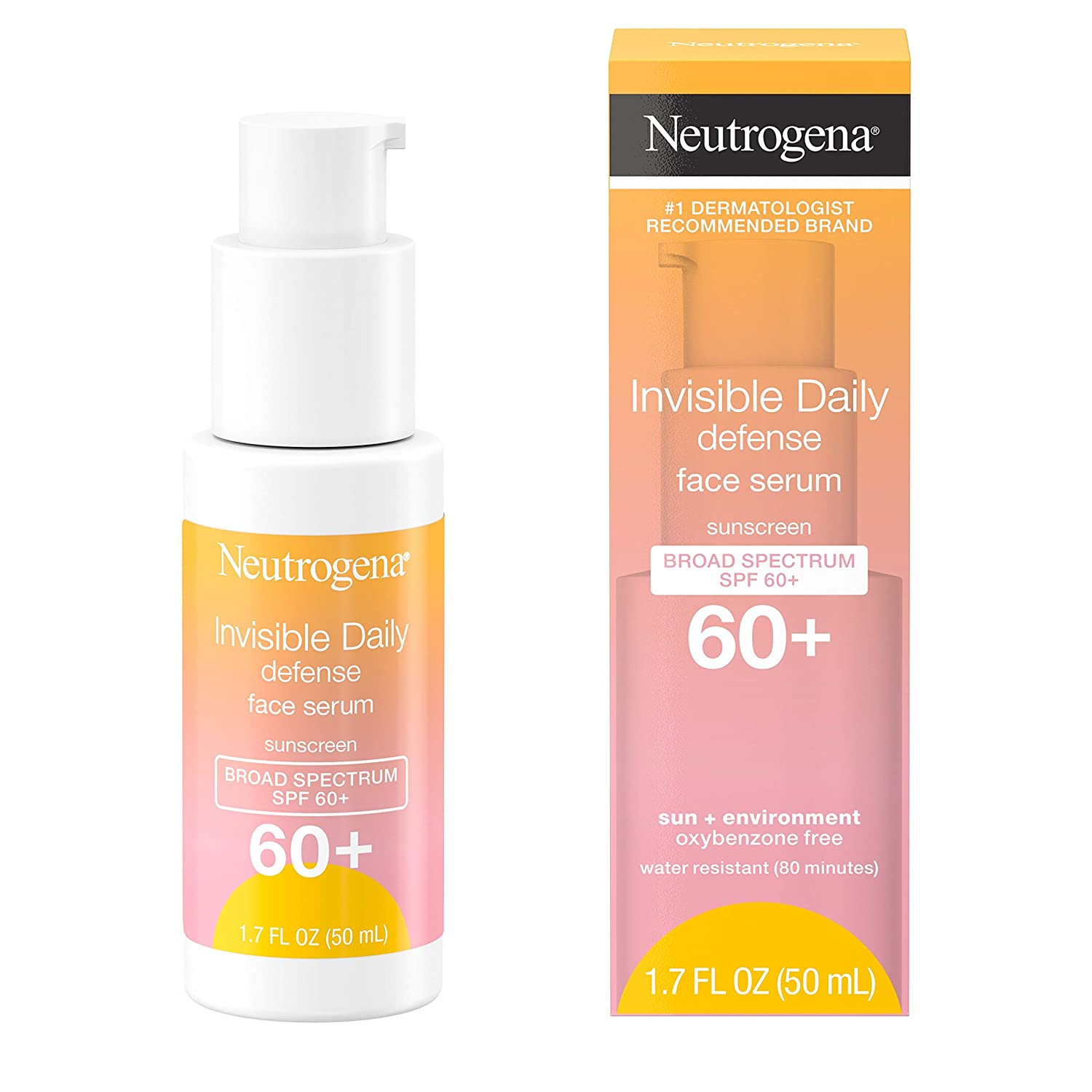 Just like Lara Jean Covey, the high school character who brought Condor fame in Netflix’s wildly popular To All the Boys trilogy, the star is often spotted bare-faced in public. But don’t get it twisted: Condor says she enjoys playing with fun makeup looks on red carpets (“I love a bold, graphic eyeliner”), but on “normal life days”, she prefers to stick to the basics. “My everyday look is just focused on hydrated skin that’s protected by sunscreen,” she says.

And just like her sun protection habits, Condor’s makeup regimen has shifted over time. “When I first started wearing makeup, I always thought, ‘more, more, more,'” she remembers. “But now, my focus is just very clean skin, eyelashes, and then a simple lip and brow.”

Embracing one’s natural beauty is no easy feat, and Condor will be the first to admit she has dealt with insecurities; earlier this year, she opened up about her struggles with body dysmorphia. And now, with the world reopening, the actress candidly confesses her fears for returning to life pre-pandemic.

“Putting myself back out there after a year of being a shut-in can cause me anxiety,” she says. “My body has changed, and it can rattle me sometimes, going back out into the world socially.”

To combat negative thoughts on days when she “feels down on [her]self”, Condor practices a walking meditation introduced to her by her longtime boyfriend, singer and actor Anthony De La Torre, with whom she writes and records music (listen to their duets “Raining in London” and “Anyone Else But You”, plus Condor’s single, “For Real”.)

“While I walk my dog in the morning for an hour, I repeat this mantra: ‘Every day in every way, I’m feeling better and better,'” she explains. “You can replace the word with ‘healthier’, ‘stronger’, ‘happier’—whatever you feel like you need in that moment. I walk down the street with my dog and I chant it out loud. I look crazy as I’m chanting, but those affirmations while moving have really helped me feel confident in times when I’m not.”

“You have to say nice things to yourself,” Condor continues. “You have to.”