This week has been an incredibly emotional one and, for many, it’s hard to put in words how they’re feeling. Lady Gaga must be feeling the same way because she’s been spotted around New York wearing t-shirts with not so subtle messages on them. Specifically, Gaga was photographed in New York City wearing a “Purple Rain”-inspired shirt and frankly, we want one.

Gaga, who was a known Prince superfan, wore a white shift with “Purple Rain in my Brain” written across it. During a time when it feels like the world is crashing down around us, sometimes turning to artists who inspire us, like Prince, is the way to go.

We, for one, count Gaga as an artist who inspires us. While we don’t know where she got the Prince shirt, we know that we want to go get one, too! 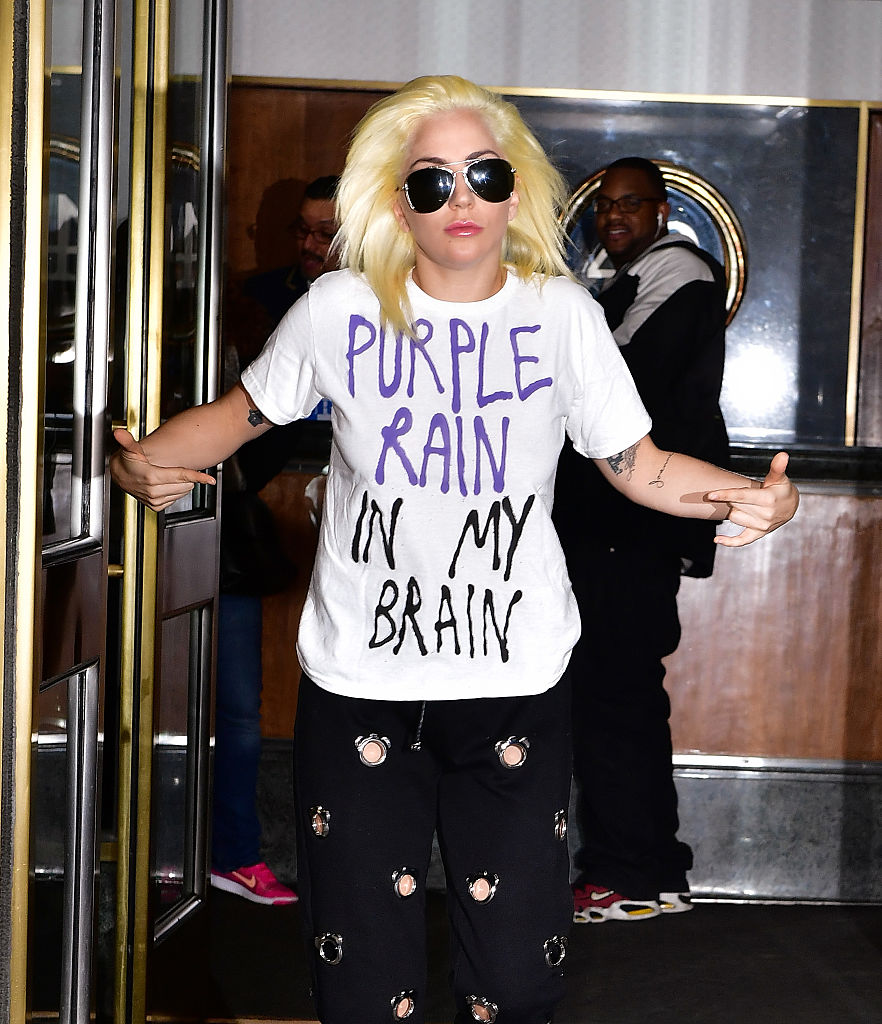 Lady Gaga is a powerful voice in the music industry and was one of the loudest supporters of Hillary Clinton’s quest to become the first female president. Gaga stood outside Trump Tower on election night holding a sign that read “love trumps hate.”

She also tweeted a statement of frustration in regard to Trump’s message of hate, stating:

Additionally, the “Perfect Illusion” singer was spotted rallying against the hateful rhetoric of the Trump campaign’s message in New York City. Photographed with DJ Samantha Ronson, who was sporting a shirt with Clinton’s face on it, Gaga was wearing a white shirt with “Love trumps hate” written on it in paint.

Sometimes, simply stating your message just isn’t enough. In this campaign cycle, we’ve seen the power of clothing with a message. Hillary Clinton has taught us so much about the power of clothing and the message it can bring with it. Lady Gaga’s been taking cues from the Queen of Pantsuits and has been physically wearing her message.

Ultimately, we love the shirts Gaga has been wearing lately. And we need to get our hands on similar ones so we can join her in spreading a message of love and acceptance!