Lady Gaga dressed up for the solar eclipse, was cosmically extra

A once-in-a-lifetime cosmic event calls for a once-in-a-lifetime outfit, right, folks? Lady Gaga whipped up just that for yesterday’s solar eclipse, donning a celestially in-tune ensemble for the occasion. Clad in a stunning black dress with a rich gold lame palm print and ballooning black sleeves, the Grammy-winner raised her arms towards the sky, revealing a cheeky message for the day.

Across both palms, Miss Gaga had penned, “Take me to your leader,” even drawing a peace sign on her wrist for good solar eclipse measure.

We’re not exactly sure when this cosmically extra snapshot was taken, but we certainly hope it wasn’t during the actual eclipse itself, given that Gaga’s solar eclipse-approved glasses were around her neck and not her eyes. (But hey, at least the sunnies she wore were hella cute).

Keeping in mind that she’s known for turning meat into a red carpet getup, this isn’t exactly her most outrageous look ever. But given the new and refined Lady Gaga style make-under we’ve been privy to the past few years (largely thanks to trusty stylist Brandon Maxwell), we’ve come to expect a certain level of elegance even from her funkier looks.

Rest assured, though — this stellar outfit will most *definitely* go down as perfectly out-of-this-world.

In all fairness, the 31-year-old performer has had no shortage of stunning looks as of late, with her “Joanne” world tour costumes all consistently turning up the heat. 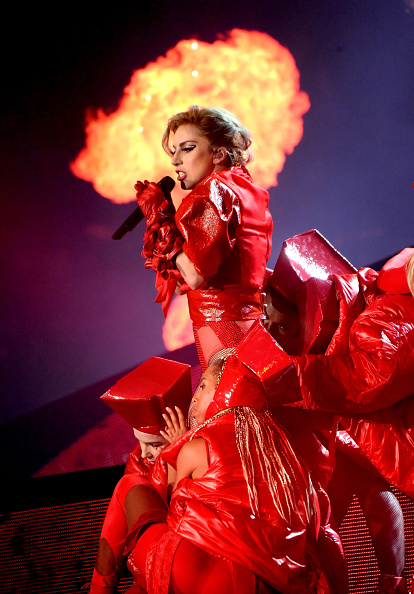 As a matter of fact, she’s been dabbling with fire *and* ice themes in her concert tour wardrobe.

(Side note: It looks like someone’s been keeping up with her Game of Thrones!) 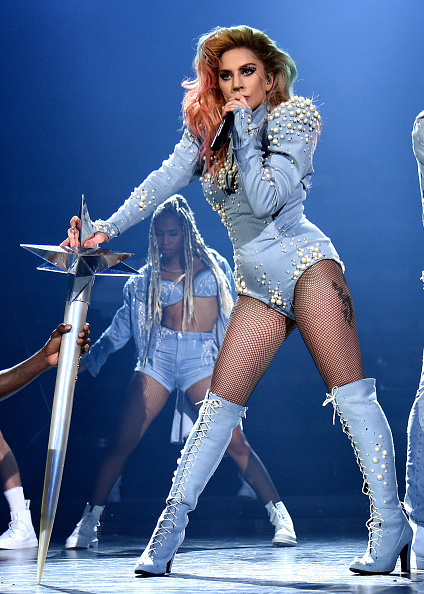 But back to her hysterical (yet on-fleek) solar eclipse ensemble. In short, the look was just so authentically Gaga, and our only comment is that we wish we’d thought to do an outfit like it for ourselves.