So, when is Kylie Jenner’s due date?

It’s been confirmed: Kris Jenner’s eighth grandchild is on her way. Multiple sources have reported that Kylie Jenner is expecting her first child with rapper boyfriend Travis Scott, but the couple has stayed quiet on the matter. Twitter has gone nuts over the news, speculating everything from the day the couple received the great news to when Kylie Jenner’s baby is due. Let’s break down the information we (allegedly) have and see if we can nail down this baby’s due date.

After all — the baby’s the only one who knows its arrival date for sure.

It was reported by PEOPLE on September 22nd that, yes, Kylie is indeed expecting and that it’s a girl. Typical ultrasound gender reveals happen most commonly at around 18-20 weeks, according to Parents.com. If Kylie was reportedly “telling friends a few weeks ago,” as of the 22nd as PEOPLE claims, that’d give us an early May conception date, which would mean a February due date. We know the couple attended the Met Gala together in April and definitely were flirty at Coachella, so Travis and Kylie’s (Trylie? Kylis?) couplehood was definitely a thing by May. Okay, let’s keep going.

So, Travis tweeted about the “happiest” day of his life — and Twitter thinks he’s talking about his future baby with Kylie. It wouldn’t be too cliché to call the day you find out you’re going to be a father the happiest day of your life. Combine it with a snap of their matching butterfly tattoos the next day, and we have maybe identified a significant day in the timeline. 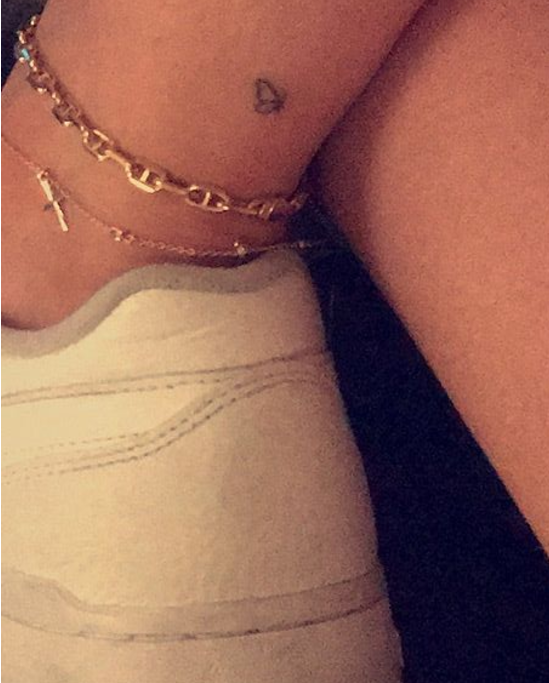 So! If a pregnancy was confirmed on June 12th, we can assume that’s when Kylie took a test. Outlets reporting it was a surprise pregnancy lead us to believe she probably tested due a late period, so let’s put conception at May 12th give or take a day, for fun. The average pregnancy is estimated at 40 weeks, which would make Kylie and Travis’ baby’s due date February 2nd, 2018! Maybe.

Reports on Kim and Kanye’s third baby’s arrival range from Glamour‘s projected January due date to PEOPLE’s February due date — so it’s very likely the cousins could be born the same month. Factor in how Kourtney’s two sons, Mason and Reign, share the same birth date and it’s clear that fate lines up for this lucky group.