It’s been a great week for Kylie Jenner, and it’s not even close to being over. The beauty mogul recently announced that Kylie Cosmetics is hitting Ulta Beauty stores on November 17th, and today (November 8th) the brand is dropping new glosses. As if that weren’t enough to keep her busy, the reality star revealed lip kits inspired by Travis Scott.

On Instagram Stories, Kylie posted a series of photos showing off Travis Scott’s Astroworld tour merch, including her brand’s cheeky lip kits. Similar to those touristy tees and shot glass souvenirs, the brand’s package reads, “I went to Astroworld and all I got was this f**kin lip kit.” We stan a queen with a sense of humor. 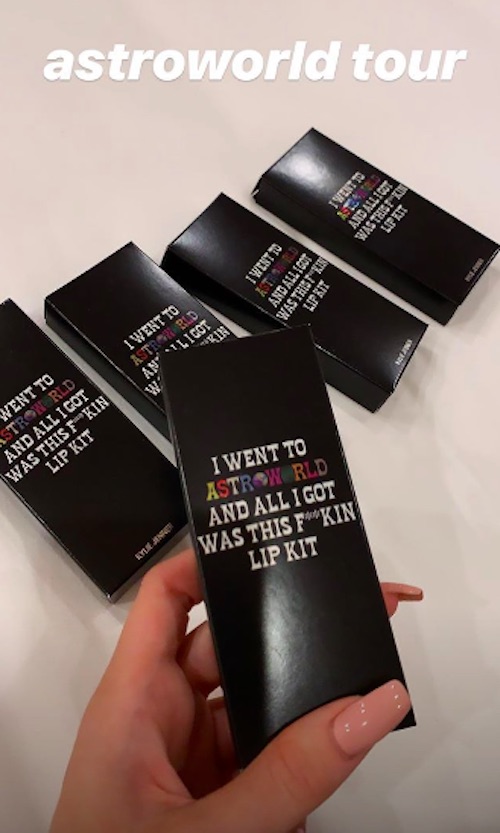 From the star’s images, it looks like there are three lip kits to choose from. 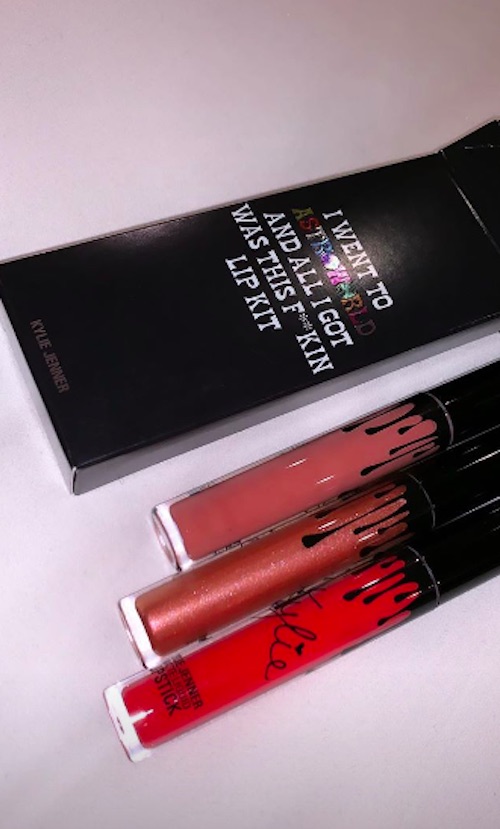 The lipstick shades include a rich red, a mauvy pink, and a metallic rose gold. We don’t know yet whether the kits have names inspired by Travis and his tour, but knowing Kylie, we’re sure she has something clever up her sleeve. The reality star also shared that the lip kits “won’t be available at the first show,” but they will be sold at the merch station. Updates about when they’ll be available to shop are coming soon, according to beauty mogul. 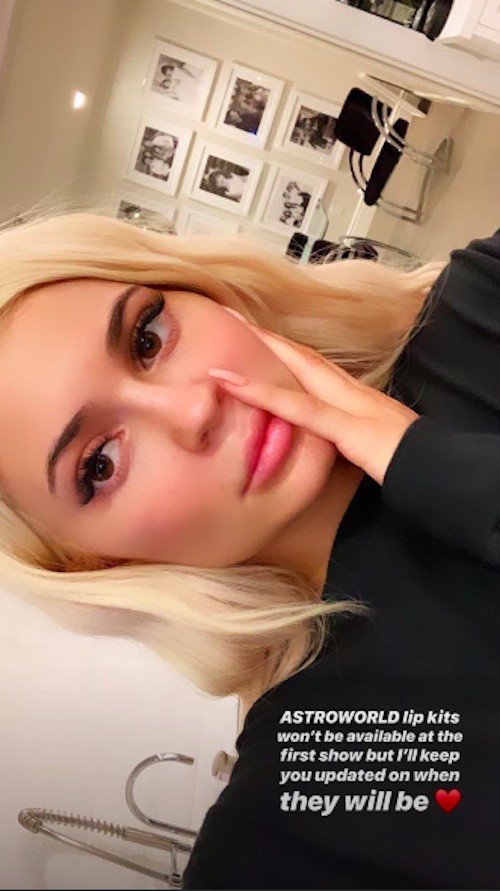 On November 7th, rumors were floating around that Kylie and Travis secretly got engaged after he showered her with roses. But now that we know about her brand’s Astroworld lip kits, we’re thinking her boo wanted to show his appreciation for her.

In the meantime, keep your eyes peeled on Kylie’s social media accounts, because we have a feeling she has more in store for us.