Kristen Stewart has taken a cue from Tilda Swinton’s beauty book. The Lizzie actress arrived at the Chanel Haute Couture Spring Summer 2019 runway show in Paris on January 22nd donning a new platinum blonde hairstyle accented with darker roots. Stewart showed off her new ‘do with a Chanel tweed blazer, gold trousers, and black boots. She finished the look, which is the androgynous ensemble of our high fashion dreams, with tinted red sunglasses.

Check out Stewart’s new platinum ‘do below. 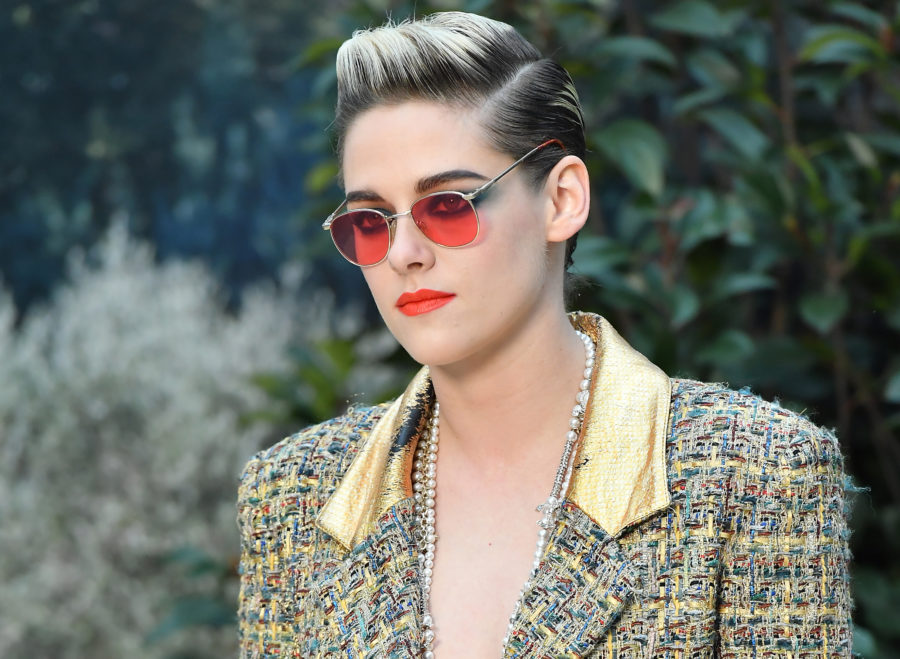 And here’s a closer look at Stewart’s lewk. 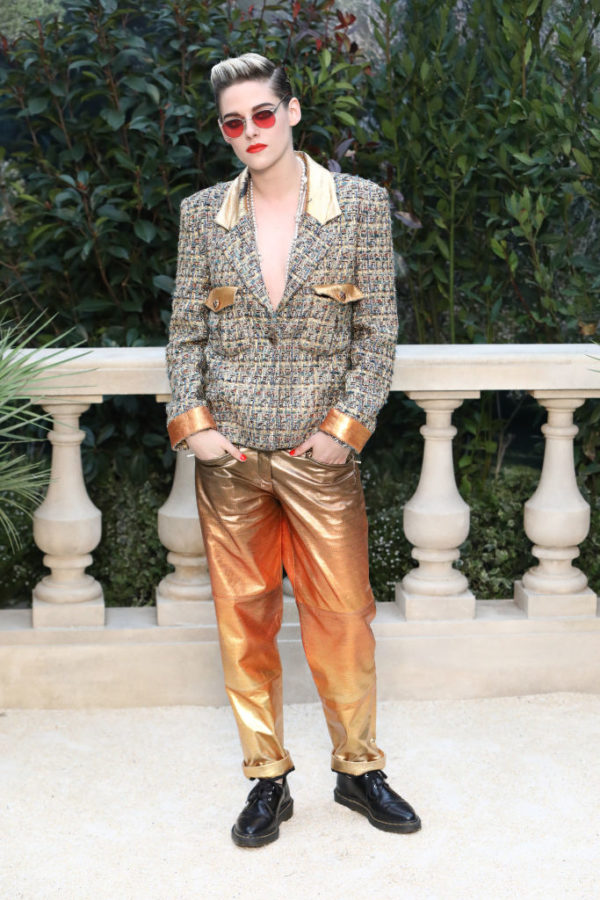 In a welcome pop of color, the Twilight alum wore red nails and a red lip to complement her shades. Her ensemble is from Chanel’s pre-fall 2019 collection, inspired by ancient Egypt. Stewart, a Chanel ambassador since 2013, joins a list of high-profile celebrities in the City of Lights this week for Paris Haute Couture Fashion Week.

Seriously, this ‘do is giving us major Tilda vibes. Do you see it? 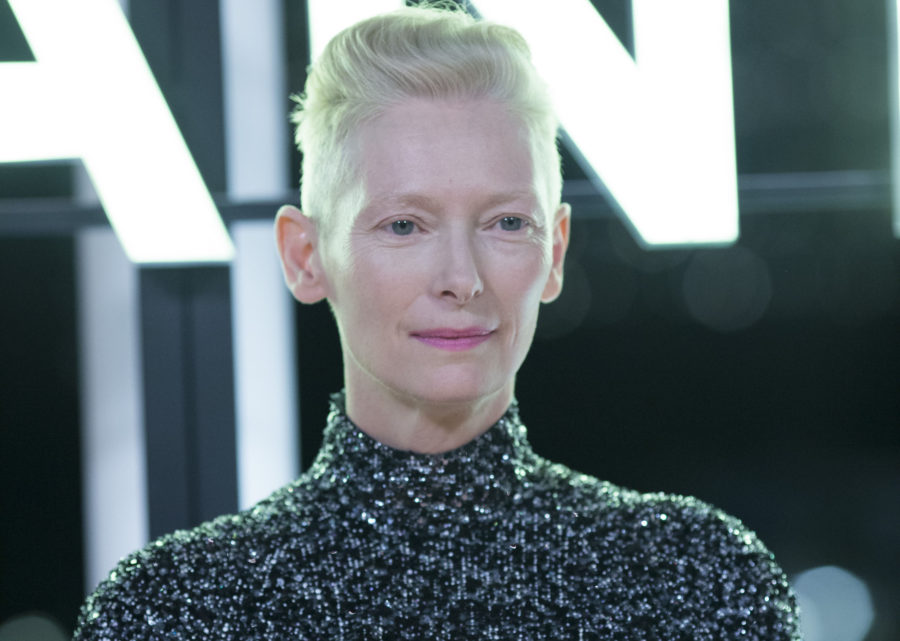 Stewart is set to star in the upcoming Elizabeth Banks-directed reboot of Charlie’s Angels, in theaters November 1st. The reboot will also star Naomi Scott, Ella Balinska, and Banks herself as Bosley. Stewart has dubbed the upcoming flick a “woke version” of the classic franchise.

Between her iconic new ‘do and upcoming woke Charlie’s Angels reboot, we can’t wait to see what Kristen does next.