Maybe she’s in the Halloween spirit or maybe it’s an ode to pumpkin spice, but Kristen Stewart just donned a pantsuit that had everyone standing at attention.

During Elle’s Women in Hollywood event, Kristen wasn’t afraid to rock a power suit while showing a bit of skin. The cut of her Antonio Berardi suit is classic, but the black and orange hue is super seasonal. Instead of a stuffy turtleneck or a silky cami, Kristen donned a lacy bralette from For Love & Lemons. 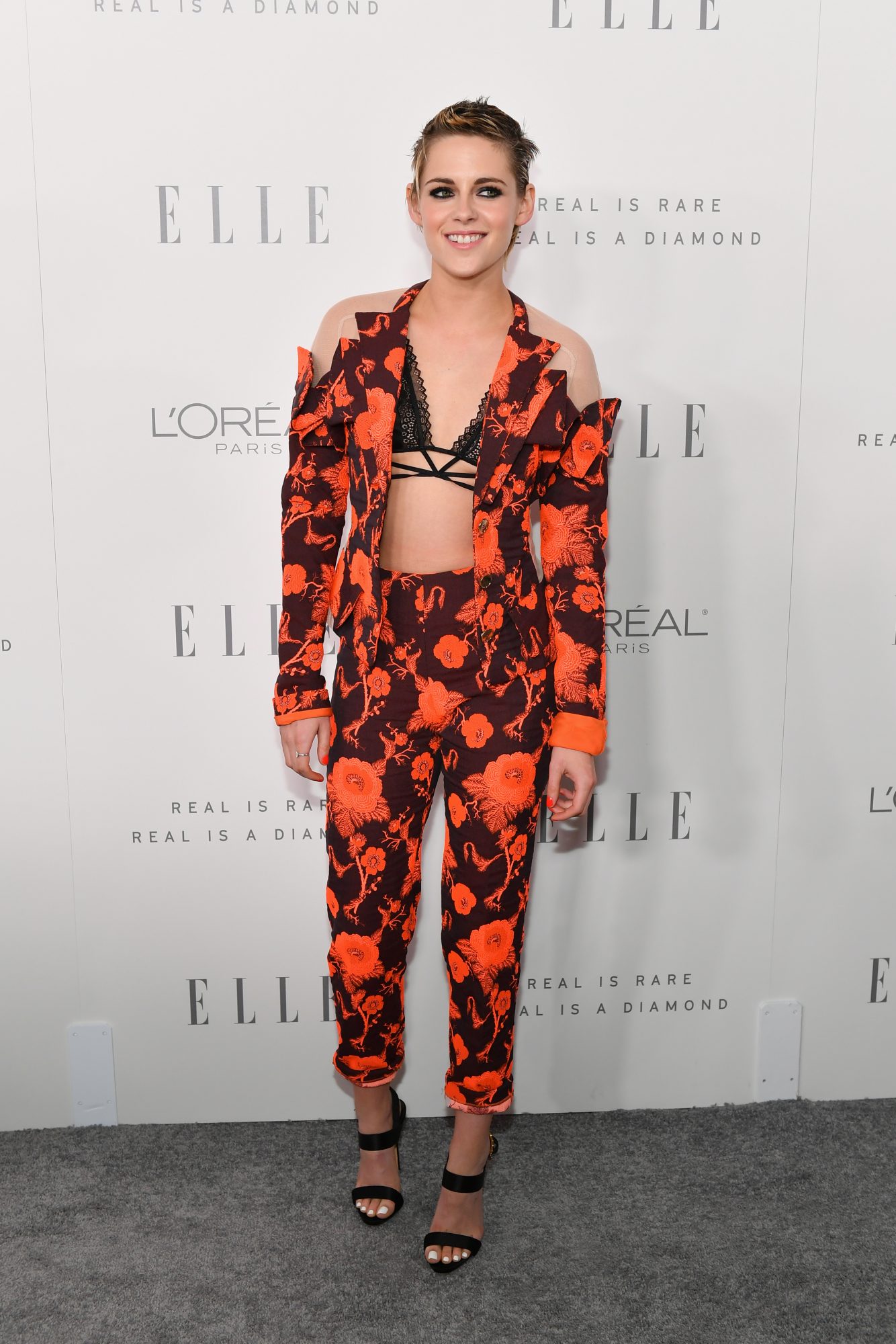 In addition to the bold colors, the suit featured a fun detail at the shoulder. The mesh panels make this cut-out sleeve stand out. 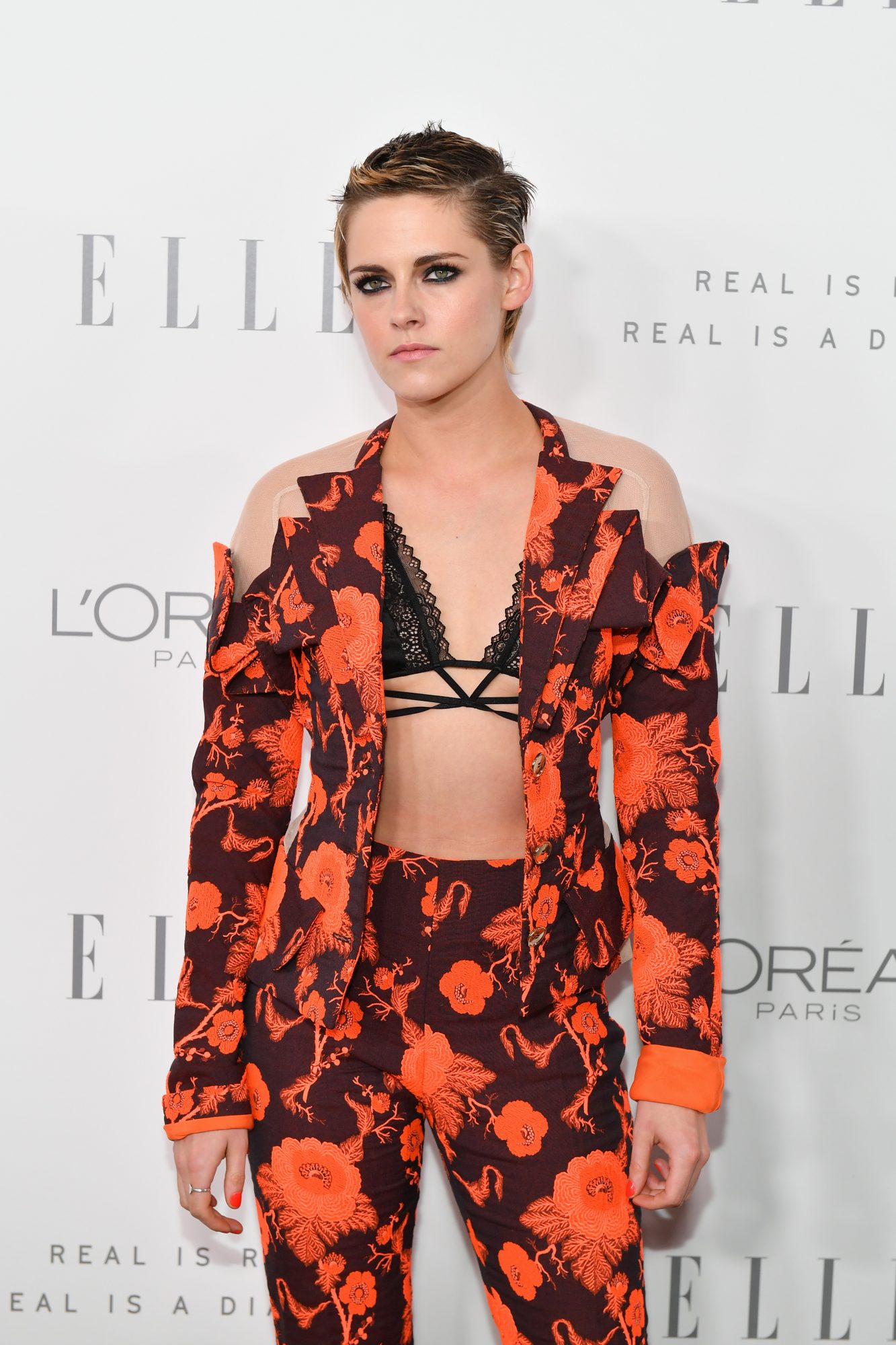 Being the cool girl she is, Kristen went with a smoky eye and ever so slightly cuffed the hem of the tapered pants to better show her Giuseppe Zanotti heels. 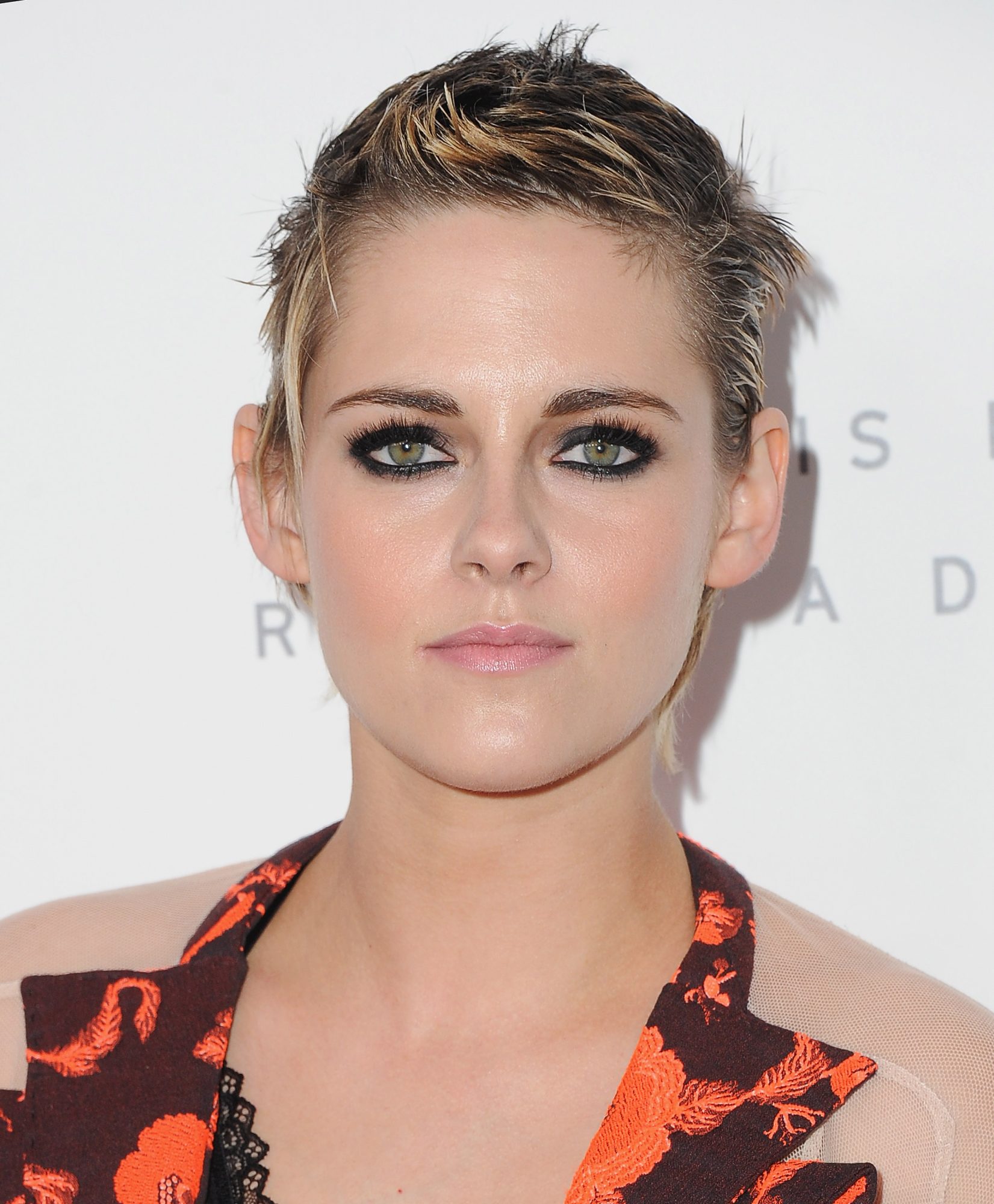 This isn’t Kristen’s first (or presumably last) time wearing a pantsuit with a twist. At last year’s Certain Women premiere, the actress wore a perfectly tailored Sandro suit. Without a top underneath, as you do.

No shirt, no problem. 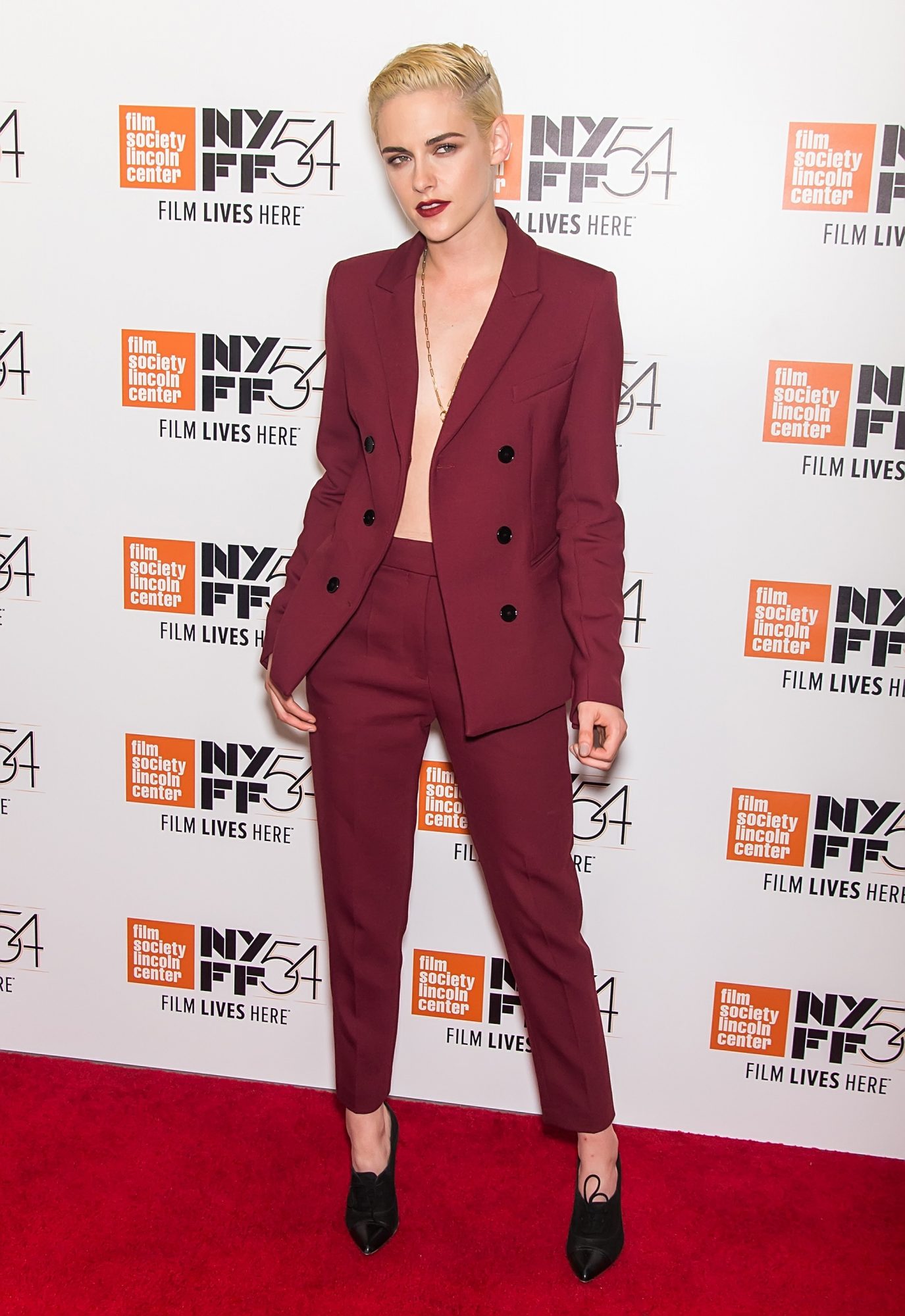 Kristen’s stylist, Tara Swennen, previously thanked Hillary Clinton for making the power suit chic again. And when it comes to her client, she told Vanity Fair: “I think whenever anyone wears a suit — male or female — it gives them a sense of power, an embodiment of strength. Sharp tailoring has that effect with Kristen.”

And again, for emphasis:

"I think whenever anyone wears a suit — male or female — it gives them a sense of power, an embodiment of strength. Sharp tailoring has that effect with Kristen."

We couldn’t agree more about the power of tailoring.