In recent years, Kristen Stewart has proven to be a hair and makeup chameleon with her electrifying looks. Whether she’s rocking a rat-tail hairstyle (yes, that was a thing), making a crap ton of bobby pins look chic, or experimenting with pearl eyeliner, she’s certainly having fun in the realm of beauty.

Case in point: On Saturday, September 15th, the actress debuted a pixie cut and blonde hair at the Toronto International Film Festival. Stewart stunned on the red carpet in a sequin midi-dress at the premiere of her new film, Jeremiah Terminator LeRoy. As Allure points out, we haven’t seen the Hollywood star rock this hair color since March 2017.

Stewart before she made her major hair change: 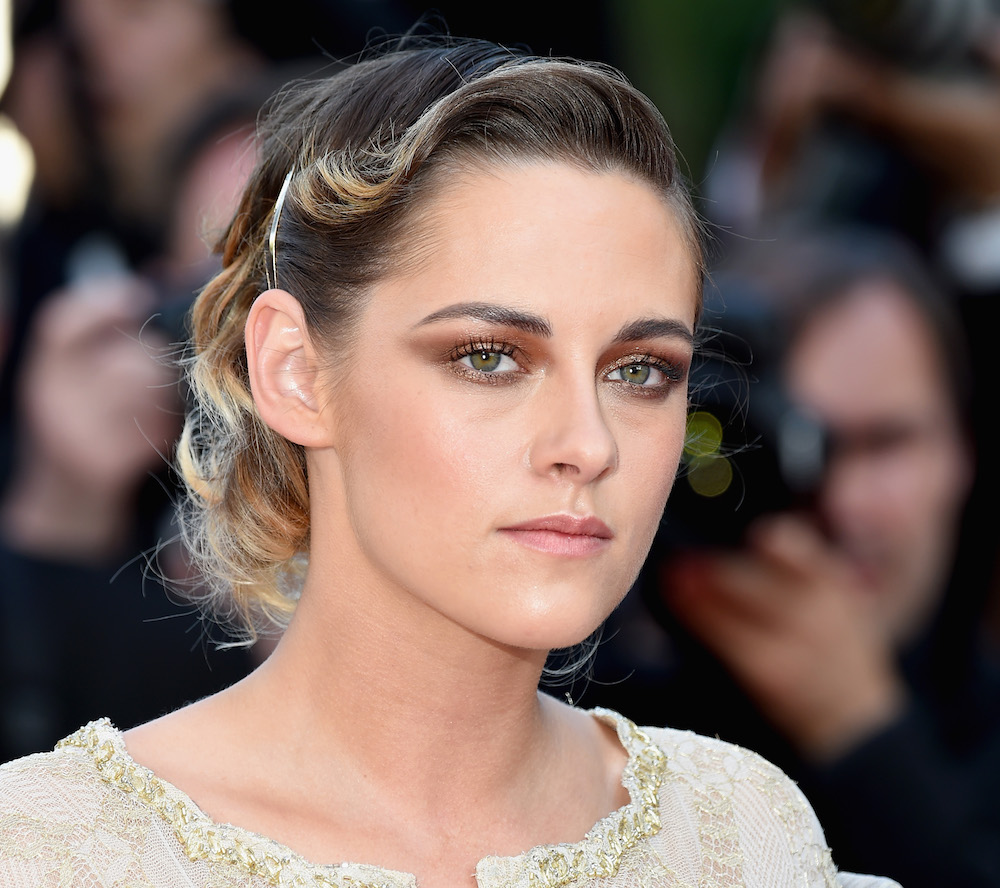 While her hair was still short and she had a few blonde highlights, she really took the plunge on Saturday, September 15th. 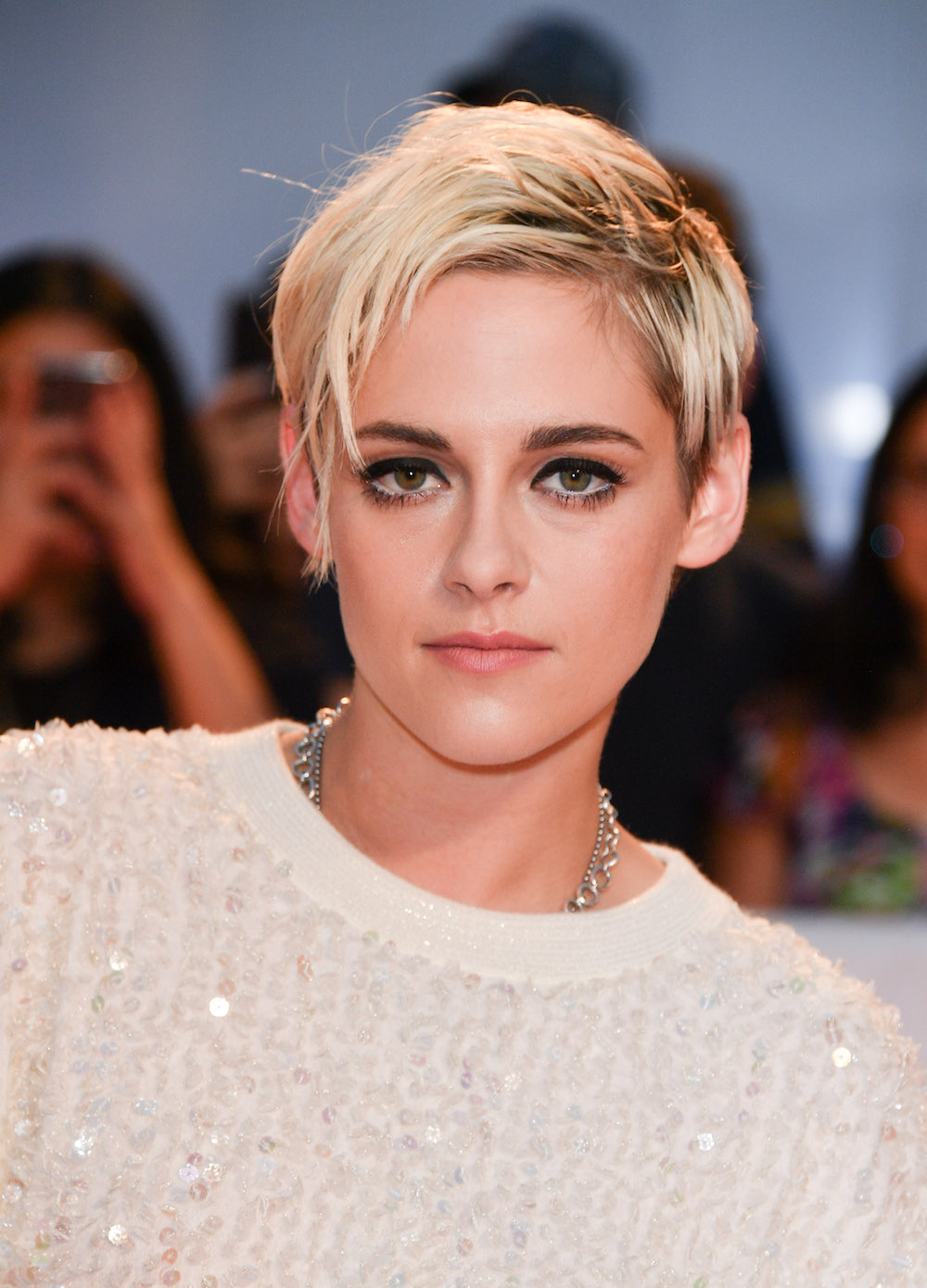 Celebrity hairstylist Christian Wood is responsible for Stewart’s new hairstyle. While he didn’t share too many details about what inspired the ‘do, he captioned his photo, “The gorgeous and super cool #KristenStewart at tonight’s premiere in #TIFF.”

As for the makeup, Beau Nelson dreamed up this ’60s-ish, mod lewk, which perfectly complemented Stewart’s pixie. He shared a photo of the actress, writing, “Mia Farrow vibes on the red carpet.”

Because we need #angles. 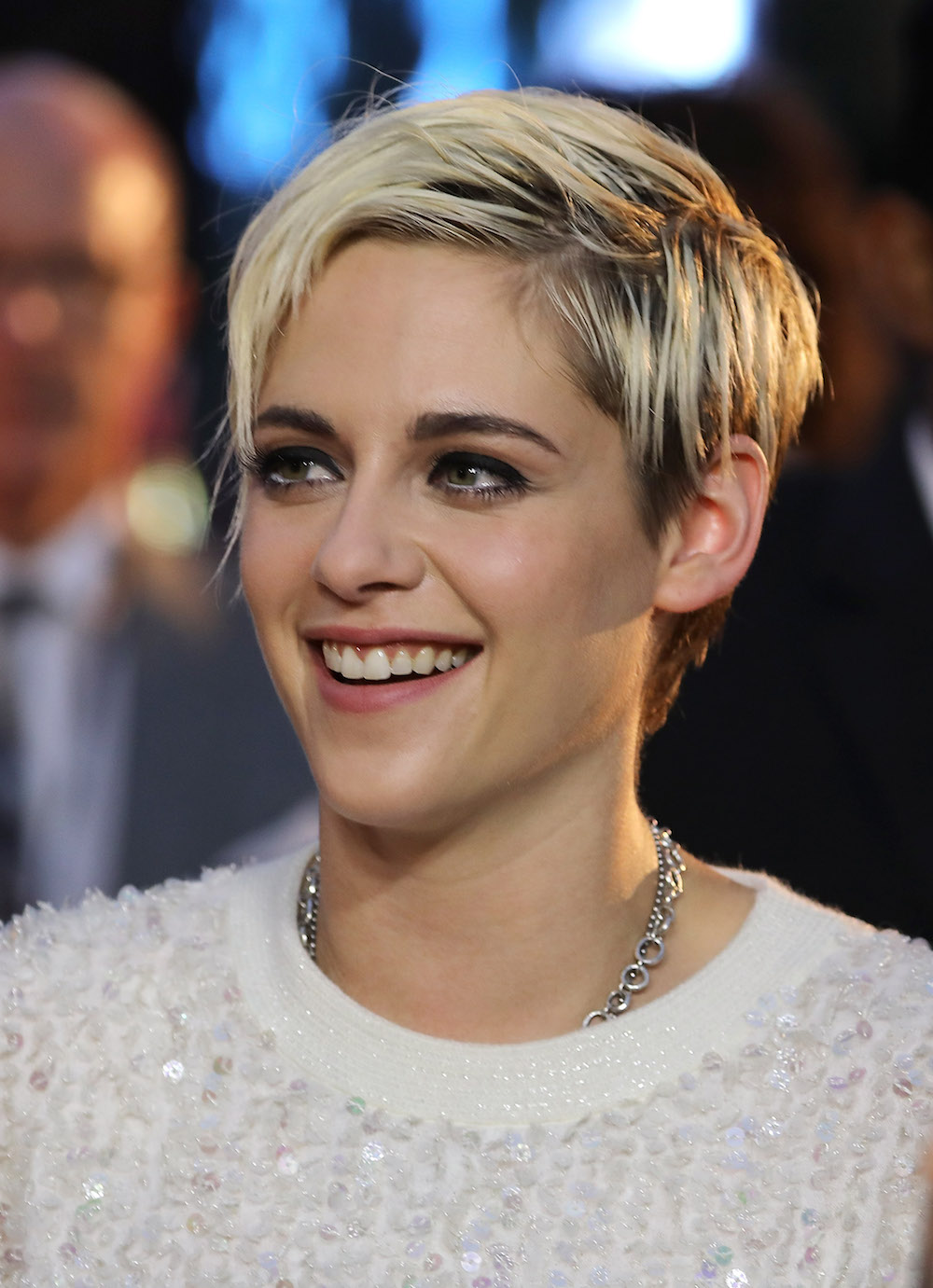 It’s unclear if Stewart felt like switching up her hairstyle for fun or if it’s for her upcoming role in the Charlie’s Angels reboot, which is heading into production. She told Variety that the film is going to be the “‘woke’ version,” adding that it’s “still gonna be fun and Charlie’s Angels-y, but will also be current and modern.”

A look at the whole outfit: 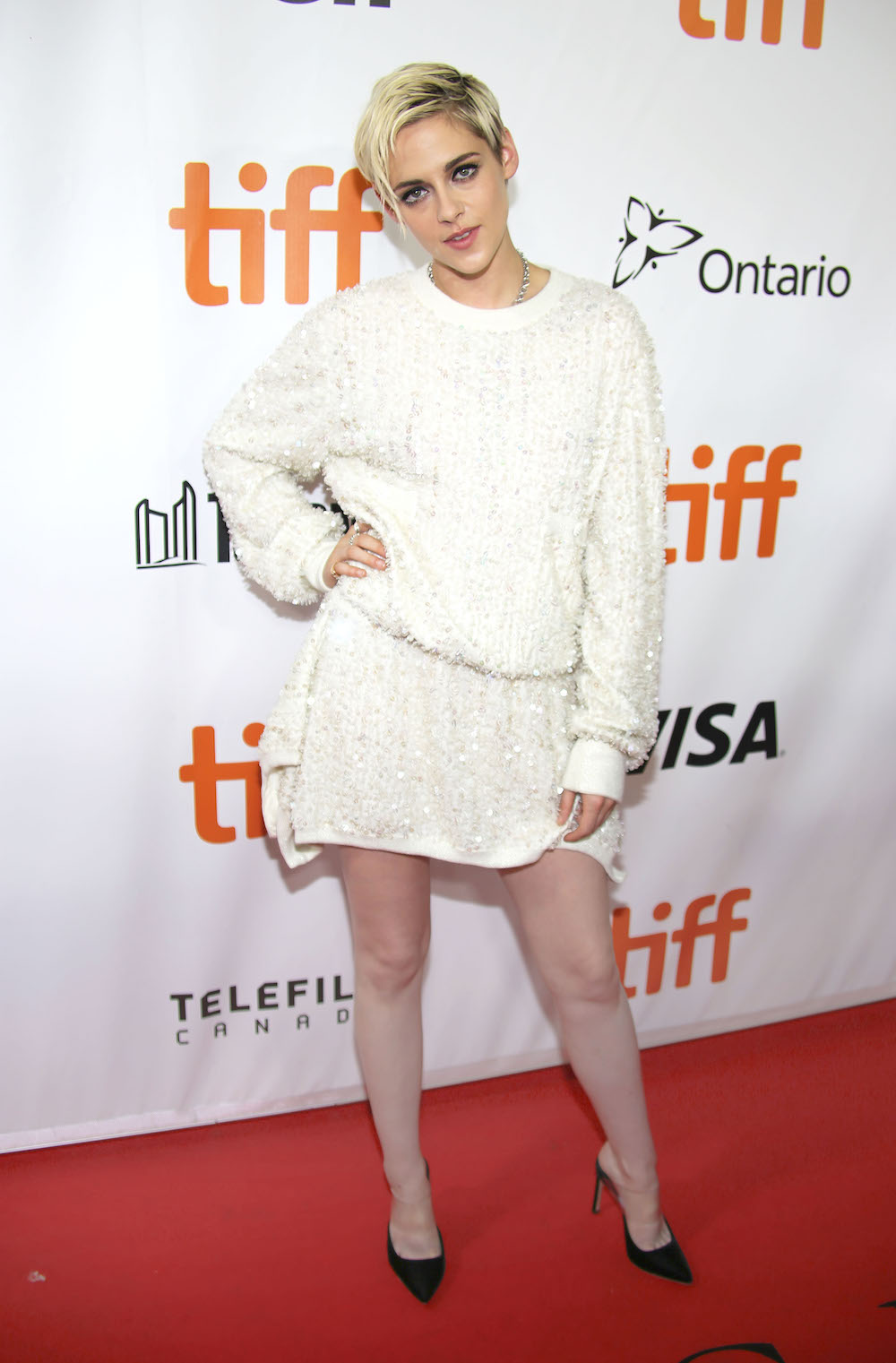 Celebrity wardrobe stylist Tara Swennen elevated Stewart’s beauty look with this dazzling number. The actress wore a sequin Chanel sweater dress (Stewart is a brand ambassador for the fashion house) and black pumps. She kept her accessories to a minimum, only wearing a silver chain necklace, which she left tucked under her dress.

We can’t wait to see what look Stewart rocks next on the red carpet. We’re almost positive it’s going to surprise us.