Kristen Stewart just proved she can literally pull off ANY look, and we are not worthy

One question. When it comes to ~summer goth~ vibes, can ANYONE do it better than Kristen Stewart? She constantly slays with her version of gloom couture and did it again at the premiere for Equals, her upcoming film with Nicholas Hoult. Kristen worked the red carpet in a stunning black lace cutout dress by Jonathan Simkhai, accessorizing with Christian Louboutin heels and jewelry by Repossi. 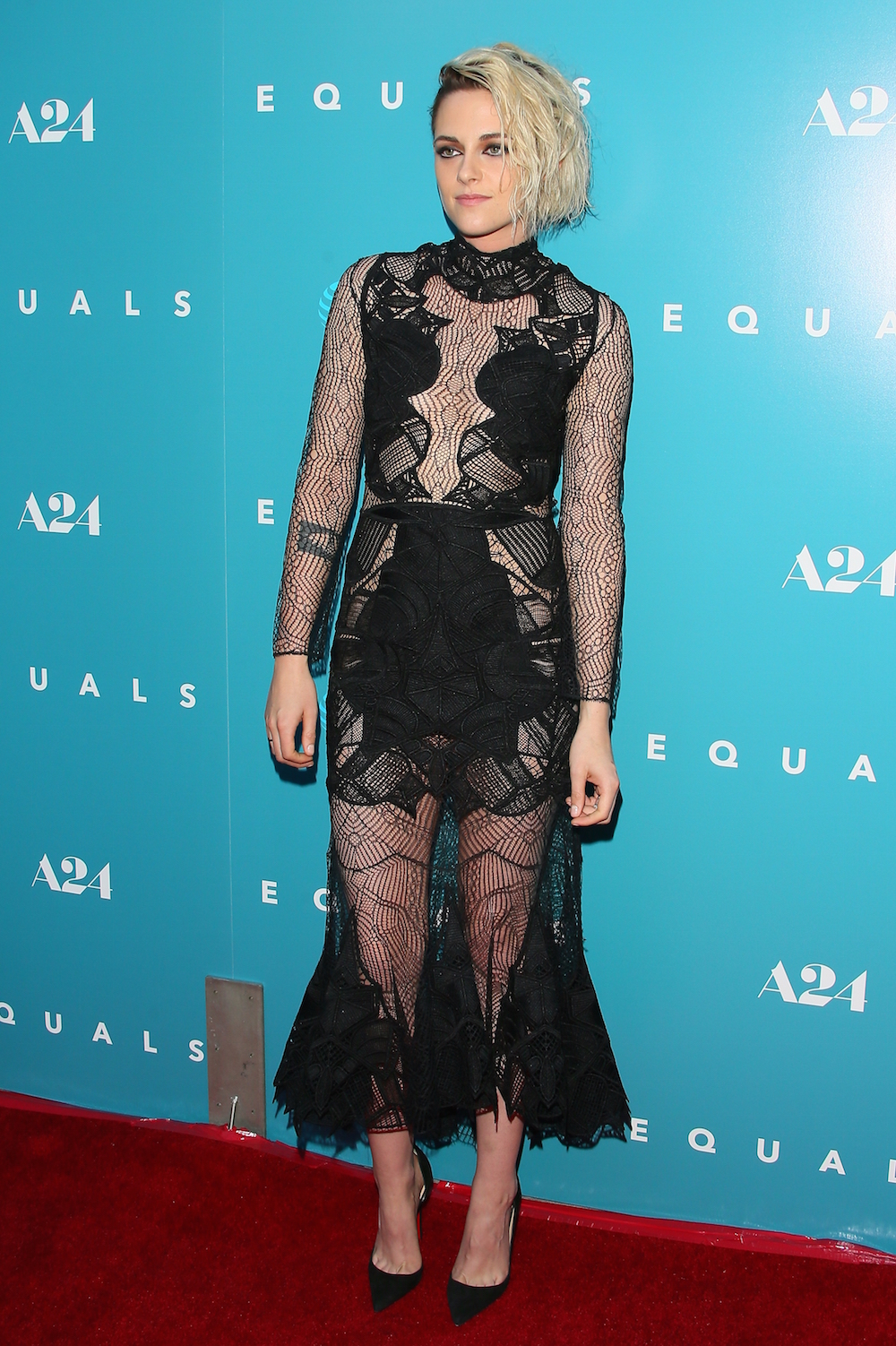 And to prove that she can wear anything and look magnificent af, Kristen appeared on Good Morning America in a look that was the complete opposite of her signature spooky glam — an all-white outfit consisting of a crisp blazer and slacks. Summoning the steeze of Don Johnson in Miami Vice, Kristen chose to go sock-less with her black and white loafers. 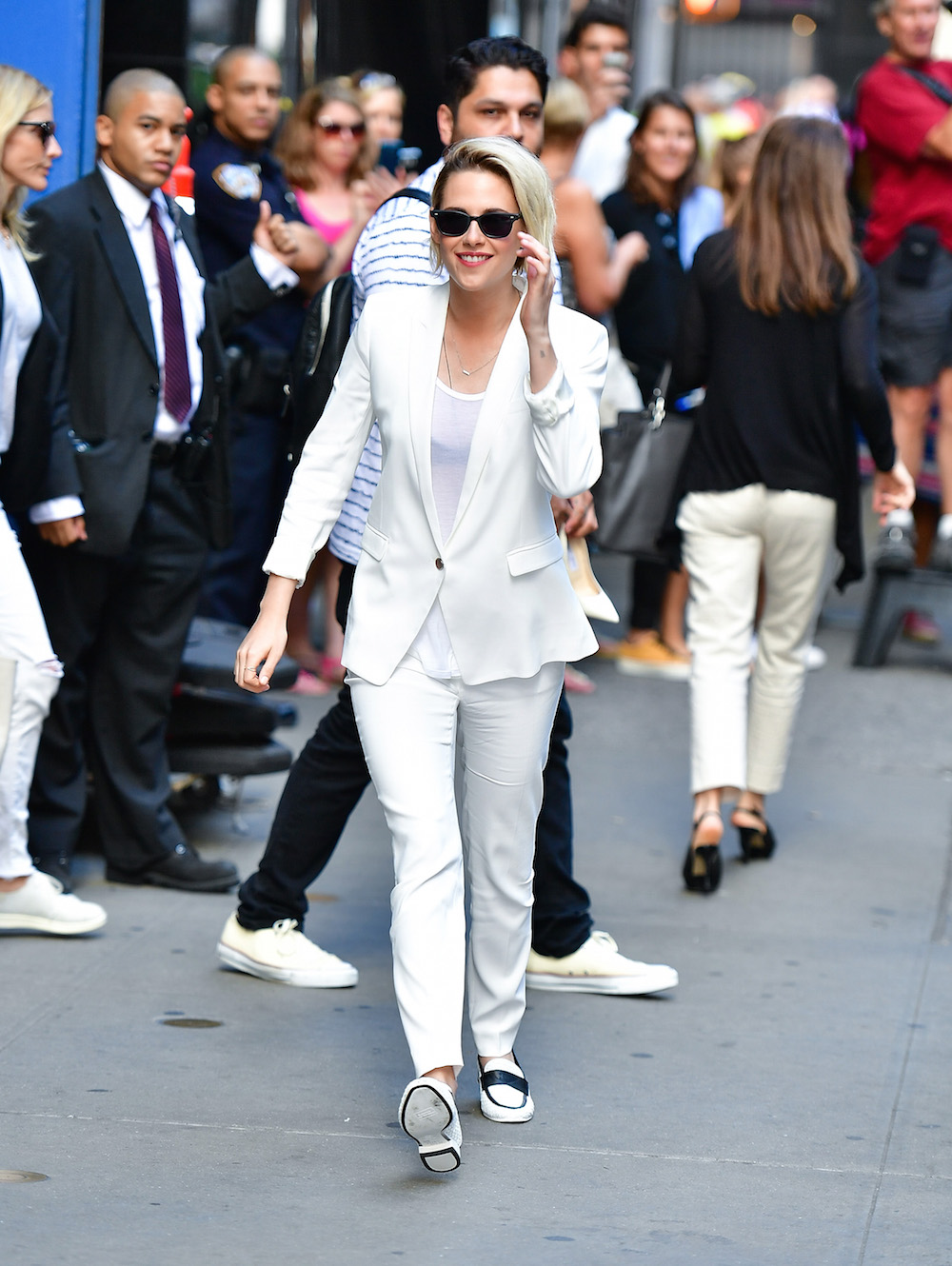 Two polar opposite looks = one woman killing it in both. Kristen, you are our forever STYLE QUEEN.