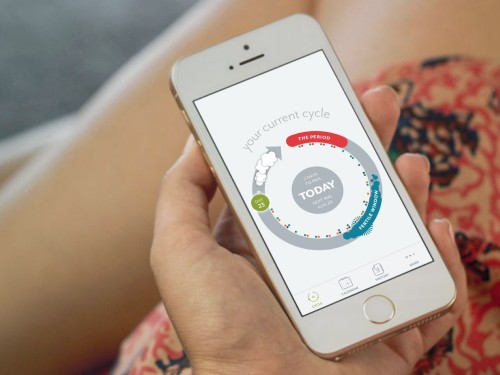 Period sex isn’t exactly something we talk about much in society. Some steer clear of it altogether, while others have no problem tangling up the sheets while Aunt Flo’s in town. But either way, it’s something that still has quite a bit of stigma attached to it. Sure, it might be a little more messy than usual, but why shouldn’t we have a healthy sex life during that time of the month?

Our friends at Clue, the period-tracking app, gave us a few fascinating myth-busting facts about period sex that may surprise you.

1. It can actually shorten your period

Even if you generally have a pretty light period, you may notice more blood than you’d expect after having period sex — especially if it’s *really* good sex. That’s because having a good orgasm can increase the endometrial shedding, which makes your period shorter. Happy days!

2. It can make your cramps less painful

Endorphins — which are released during orgasm — are our friends, and they can relieve those nasty cramps. The stronger the orgasm, the stronger the pain relief, so that’s a pretty fabulous reason to go at it.

3. It can relieve stress

Most of us have experienced extra stress due to PMS, and those lovely endorphins can help us out in that department, too. Less pain and less stress is *always* a good thing.

4. It can be more pleasurable than regular sex

Have you ever noticed your sex drive being a little stronger around that time of the month? Periods can make many women more frisky, and thus, more sensitive — so the pleasure can be even better during period sex than normal sex.

Sure, period sex isn’t something we talk about, but that doesn’t mean it’s not happening. In fact, 30% of sexually active people have sex during their period, which means nearly a third of us are indulging in some fabulous period sex.

6. Period sex is totally safe for the penis

If your partner is male, there’s no threat to him if you’re hoping to get some action. Some people believe that period blood is impure and can infect the penis, but that’s all stigma talking. It’s perfectly healthy, and there’s no way it can damage the penis.

7. You can still get pregnant on your period

Period sex may be fabulous, but please don’t think you can have it without protection. Those with regular cycles may be less likely to ovulate, and thus less likely to get pregnant, but it’s still a possibility. After all, ovulation cycles can be unpredictable, and sperm can live up to seven days, so if you’re not looking to add a new member to your family, be careful!

Another reason to use protection during period sex: It can be easier to contract sexually transmitted infections due to the fact that your cervix is slightly more open during your period.

9. If you conceive during your period, your baby won’t have red hair

OK, this is a myth that originated during the Middle Ages, and we can’t believe some people *actually* believe it, but let’s just clear this up, just in case. If you conceive on your period, you *could* have a child with red hair, but there’s no higher possibility than if you conceived at any other time. Just so you know.

10. Period sex has its own natural lubricant!

If you normally use lube during sex, you don’t have to use as much during period sex. You know, because Mother Nature.

Now that you know all the deets, get to it. Just don’t forget to use protection!