This article originally appeared in Levo by Megan Shepherd.

I never planned to wind up in Tulsa. After college, I took a hard ‘try everything’ approach to my early 20s, applying for jobs all across the country, hopping around and embracing new opportunities and projects as they came. I crisscrossed the country in pursuit of professional development, new surroundings, and wide-open spaces until a long-distance relationship brought me back to my hometown. As someone who’d always dreamed of moving to New York and working in editorial, advertising, or a similar field, a re-route to Oklahoma wasn’t exactly what I’d pictured.

At this point, I hadn’t lived in Tulsa for years and was worried that after living in bigger cities across the country, heading home would feel like a step backward. Between relocating for jobs in Dallas, Burlington, and Boston, I’d gotten used to the idea of picking up and taking off for a new opportunity at a moment’s notice. I loved being untethered to anything or any place for too long and wore my cities as some kind of ridiculous badge of distinction.

Although Tulsa felt like home, I worried about giving up my nomadic lifestyle for something so rooted. For me, Tulsa represented comfort, family, and community — not the hurried hustle, big brands, and scrappy start-ups I’d dreamed of. Still, I was excited about finally being in the same place as my partner, and thought if I could just land a role at a company that felt creative, progressive, and full of smart, talented people, it’d be enough to make up for the New York City dreams I’d be giving up. And for a while, it was.

When I arrived in my hometown, I didn’t waste any time before putting out feelers for new opportunities. After weeks of waiting for something to stick, I got a response from a cold email I’d sent to the Chief Branding Officer of a small but mighty local agency asking me to come in for an interview. Our rapport was instant and easy, and it didn’t take more than five minutes into the conversation for me to know that I wanted the job. She was accomplished, smart, kind, and funny, and just the kind of boss/mentor hybrid I was looking to work for. And the company hit every box on my checklist: creative, conceptual, cool, and casual. Things were working out perfectly. 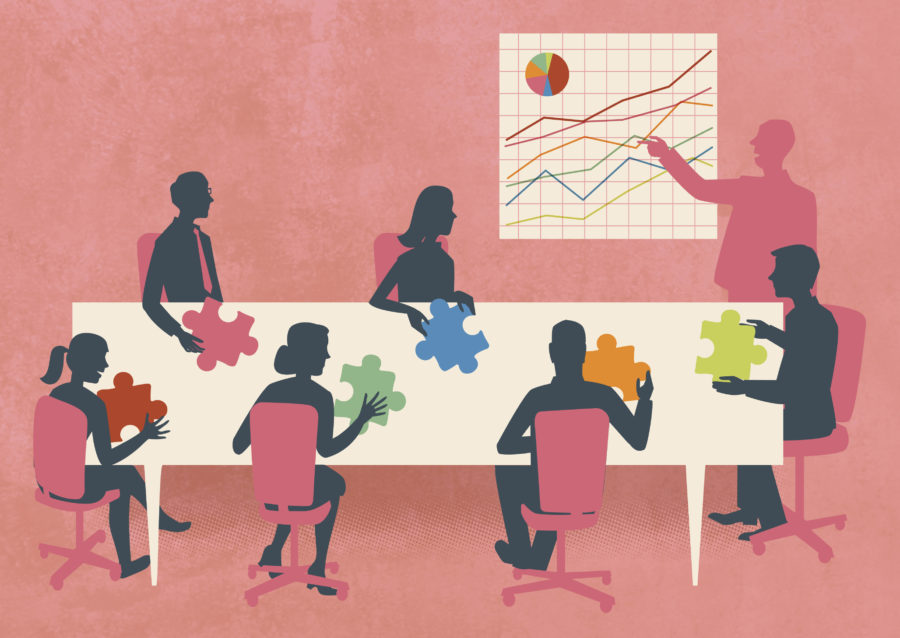 Related article: The glamorous life of a magazine journalist on “The Bold Type” (and every rom-com ever)

I started working as a copywriter and brand planner at the agency, working on creative strategy for accounts, and helping to land new business opportunities. I was exposed to new types of work, provided opportunities to lead, and I loved my co-workers. Coming to work felt like such a privilege, and I was so incredibly motivated to bring my best ideas to the table, pitch amazing concepts for our clients, and watch them come to life.

The first year at my job was an absolute dream, and I felt like I couldn’t have picked a better role for myself if I’d created it out of thin air.

Things in Tulsa were going well, but after the relationship I moved back for unraveled, my shiny stay in my hometown stopped feeling so great. In nine months, I’d moved across the country—a stone’s throw away from my parents—started a new job, immediately moved in with a long-distance boyfriend I hadn’t actually dated in real life since college, only to break up and move out of our home six months later. (We continued breaking up over and over again in the months that followed.)

In the wake of so many life changes, and so little time to process any of them, my mental health started to deteriorate. I began to question all of the choices I’d made, including the one to forego my dream of moving to New York. After some soul-searching and dark times, it soon became clear that the only thing keeping me around was my job—and even that had started to shapeshift.

Unfortunately, while I was dealing with my own quarter-life crisis, our booming agency was dealing with some growing pains of its own. We’d carved out a niche, were serving larger accounts, and the stakes — and consequently, the workloads — were higher than ever before. As a result, that rapid internal and external growth didn’t leave much time for streamlining processes, handling burnout, or for professional development. The position I’d been so thrilled about in the beginning had come to feel so complicated and nebulous, and it felt like I could no longer wrap my arms around any real sense of ownership, clarity, or growth in the role.

I felt a mounting resentment for being stuck in a city and place in my life I wasn’t ready to be back in.

I was unhappier and more aimless than ever. My life was moving in one direction, and the agency was headed in another. And though it would mean leaving a team of people that felt like family, it became clear: it was time for me to move on. 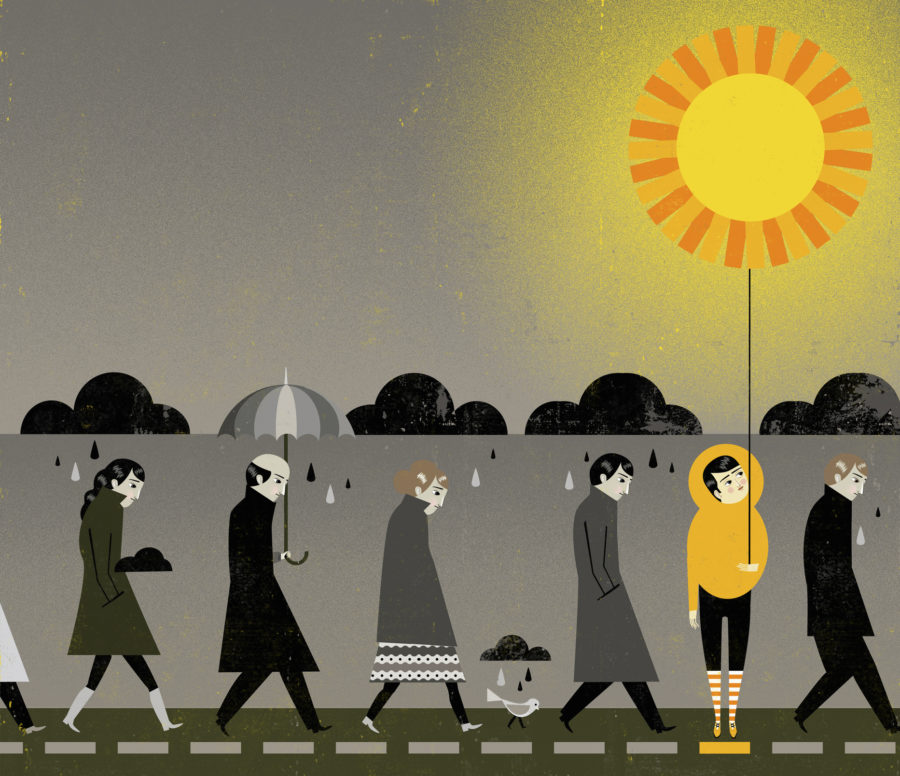 Related article: On finding my dream career and drowning in it

I started thinking about my next move and realized that the only way I was going to get over the resentment I’d been carrying with me was to confront it head on. Ultimately, I decided that I had to take responsibility for my choices, and for my own professional success. I couldn’t ignore the constant ‘what-iffing’ in my mind over the life in New York I’d forfeited, or blame my circumstances or other people for my choice not to pursue it.

It soon became clear that the frustrations I’d been feeling at work were a symptom of a much deeper issue, and that to really move beyond them (or begin to deal with them), I’d have to make some pretty drastic, scary changes. So, I decided to go for it and begin to plan a move to New York City.

I started seeing a therapist to plan out a transition timeline and started applying for jobs in New York. After several rejections, something finally stuck. And when it came time to walk away from my early-20s dream job, I did so in an honest, honorable way, and with the support of my boss, mentor, coworkers, and friends behind me.

It’s hard to imagine leaving a place when it feels like home, but sometimes that push out of the nest is actually a vote of confidence in disguise.

It’s not always easy (read: never) to know when it’s time to call it quits on a job that’s just not working out anymore, especially when you love and respect your co-workers.

And truth be told, when so many other things in your life feel out of control, it’s hard to see the signs—even when they’re right under your nose. And while I might’ve quit the best job I’ll ever have, I take heart in knowing that I finally took responsibility for my own future, and made my dreams a priority. 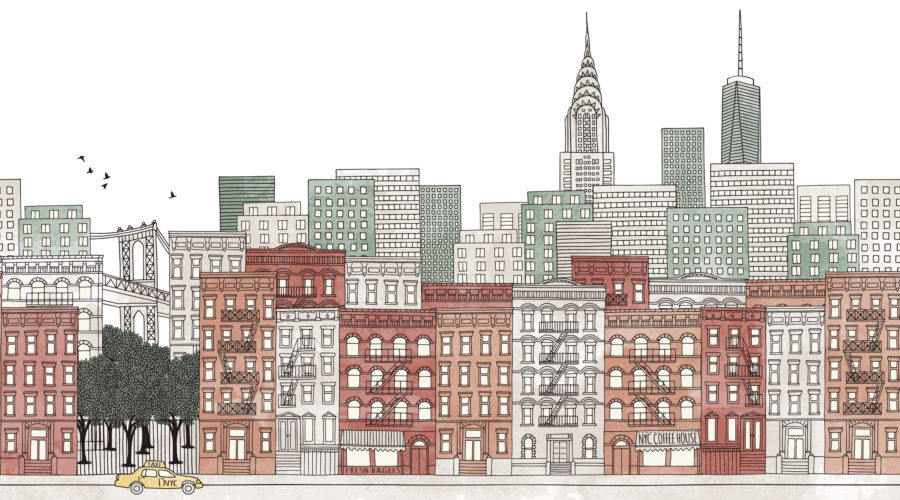 Related article: Here’s why you shouldn’t be stressed about finding the perfect job in your 20s

Since leaving my dream company five months ago, I’ve moved to New York, and have working in editorial and creative strategy. I keep in touch with my old co-workers, have loved getting to know new ones, have struggled and succeeded at navigating the hustle and challenges of being a creative professional in a saturated market, and have learned that there’s nothing more valuable (or reliable) than taking charge of your life and betting on your own determination. It’s definitely not easy. In fact, leaving the safe option behind is terrifying.

Did I quit the best job I’ll ever have? Maybe. At this point, it’s impossible to know. But these days, I wake up every morning feeling like I’m in control of my own path, and that I’m one step closer to my next ‘best job ever.’

Read more from Your Brain on Work, Levo’s new series on our emotions, feelings, thoughts, mental health and states of mind as we navigate our careers. If you have a story you’d like to share, drop us a line at [email protected].