We’re feeling both of those things when it comes to the dress Kirsten Dunst wore to the Jumanji premiere back in 1995. At the time, Dunst was only a wee 13-year old herself, but she was totally nailing the fashion game. She walked the red carpet in not just any dress, but a dress covered in BUGS. 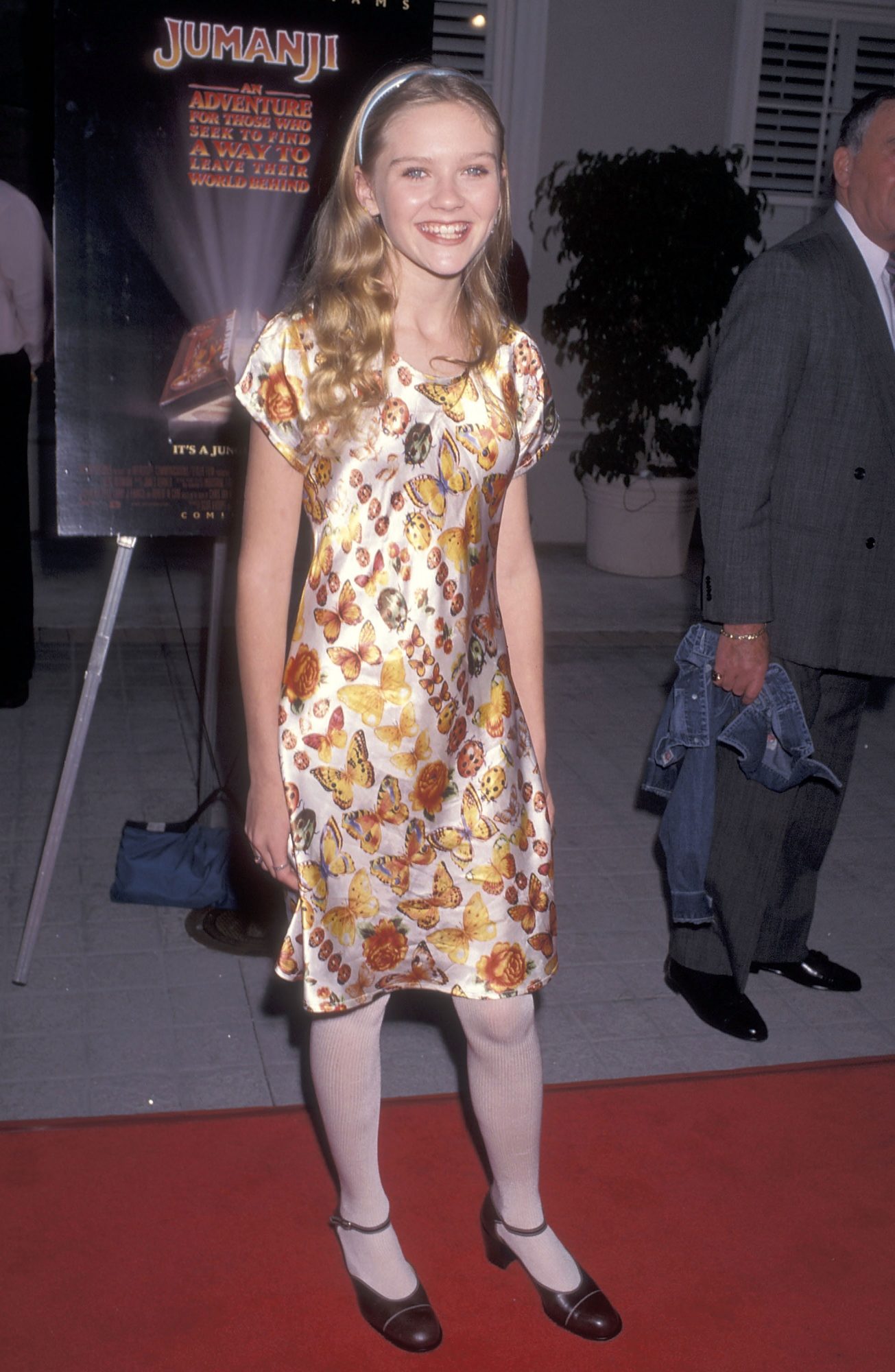 The bug dress was probably meant as a homage to Jumanji, a movie that involved lots of creepy, crawly bugs (and some bugs that tried to attack you). The bugs here also aren’t creepy, or crawly, but rather dainty butterflies and ladybugs.

Also, check out the gentlemen in the background. He’s holding a denim jacket in his hand. Could that be…Dunst’s denim jacket? Are we suggesting that she wore this great bug dress, and paired it with A DENIM JACKET? Yes. 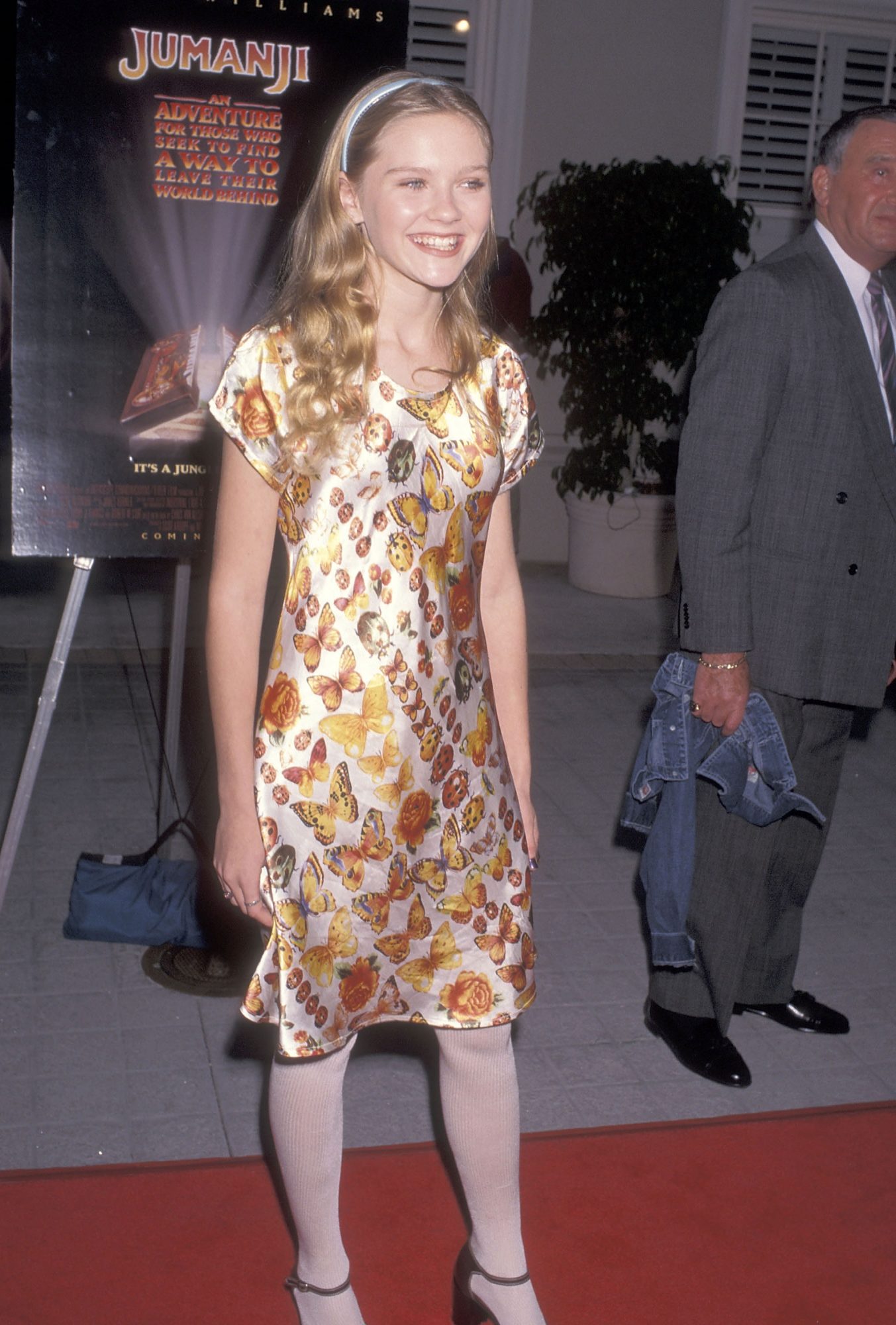 And since this was the year 1995, Dunst has a baby blue headband, AND WHITE TIGHTS to match this perfect 90’s ensemble.

AND, now Dunst and a tiny Mara Wilson, because 90’s. 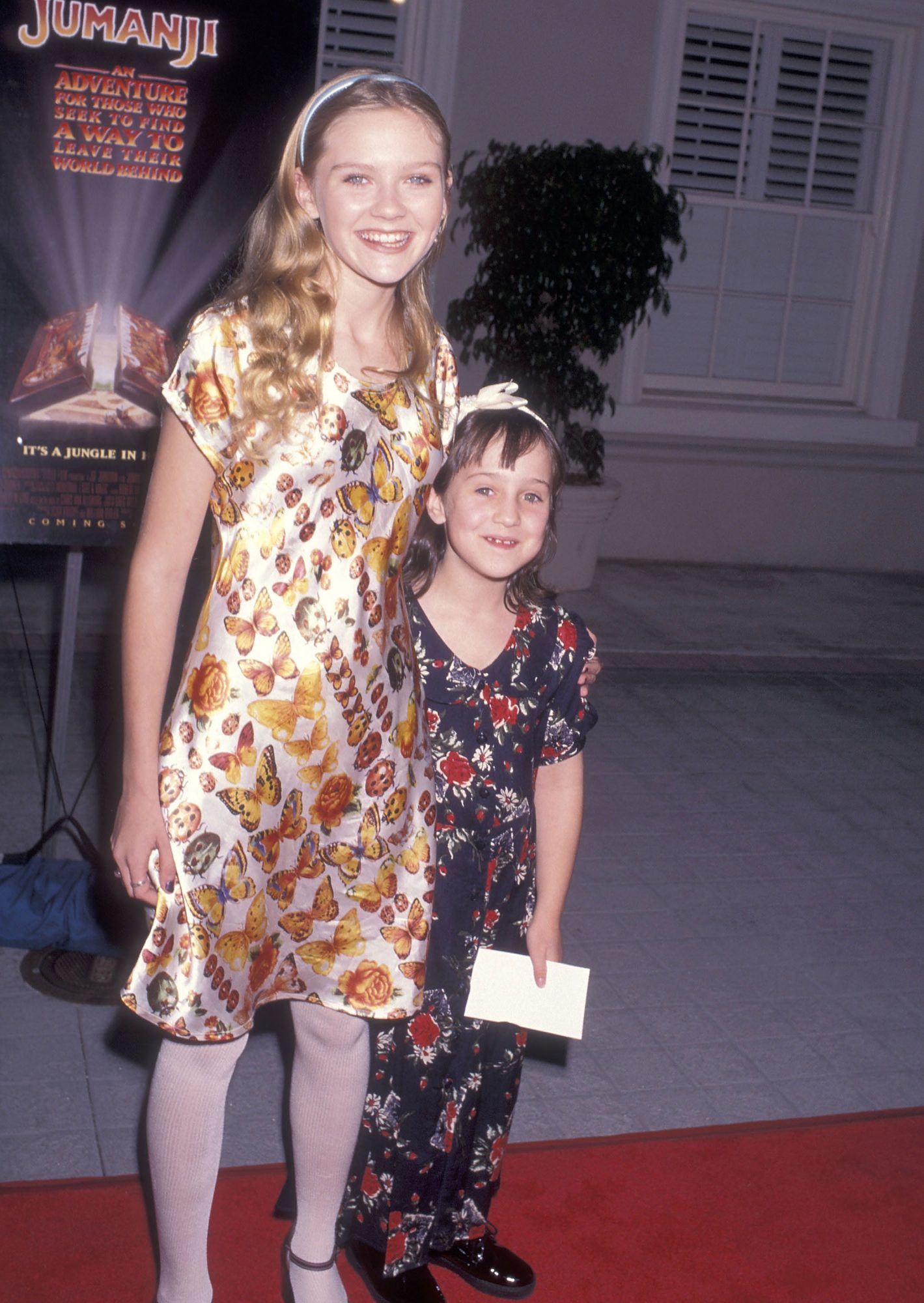 Someone bring back the bug dress trend, please.