Among many other things, the members of the Kardashian-Jenner clan are famous for going OTT on the holidays. You may recall that Kylie Jenner gave her daughter Stormi (who, by the way, is one year old) a two-story playhouse and a diamond ring this year. But Kim Kardashian West may have just exceeded her youngest sister’s gift-giving extravaganza with her gift to daughter North West. She bought her 6-year-old daughter Michael Jackson’s custom velvet jacket and the hat he famously wore in his “Smooth Criminal” music video. 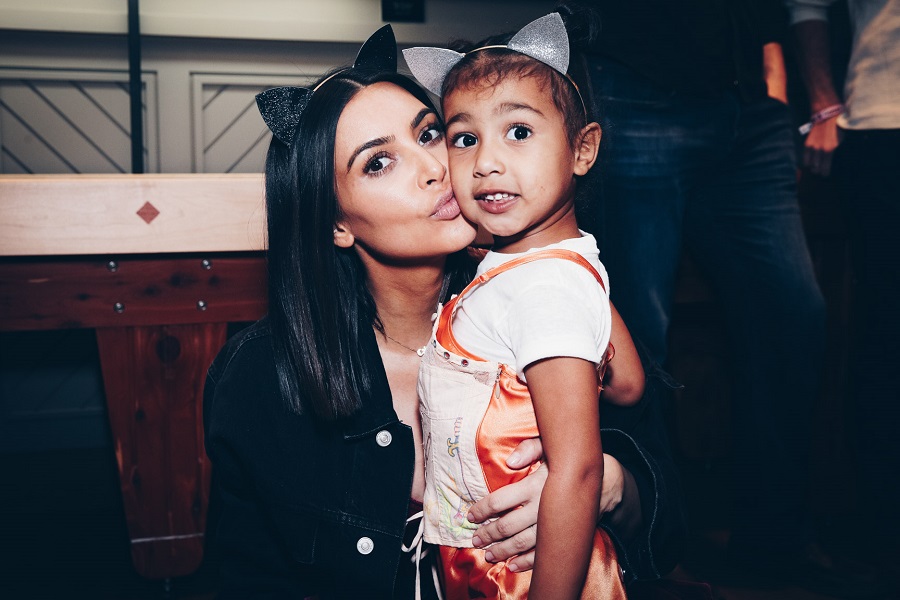 “North is a really big Michael Jackson fan and we knew she would love this,” she wrote of the velvet jacket, which Jackson originally wore to Elizabeth Taylor’s 65th birthday party in 1997.

Page Six reports that Kardashian West snagged the jacket at an auction held by Julien’s Auctions, a privately owned auction house that specializes in rare celebrity and pop culture items. Apparently, the house expected that Jackson’s jacket would sell for between $10,000 and $20,000, but Kardashian West took it home for $65,625. Page Six also wrote that the jacket’s arms and hem have been shortened to fit North, but it can be altered again as she grows.

As for Jackson’s famous hat, Kardashian West wrote on her Stories: “Along with the jacket, North also got Michael’s Smooth Criminal hat. It still has his make up on it.” No word on how much the hat went for, but we think it’s safe to assume it was equivalent to a down payment on a family house. 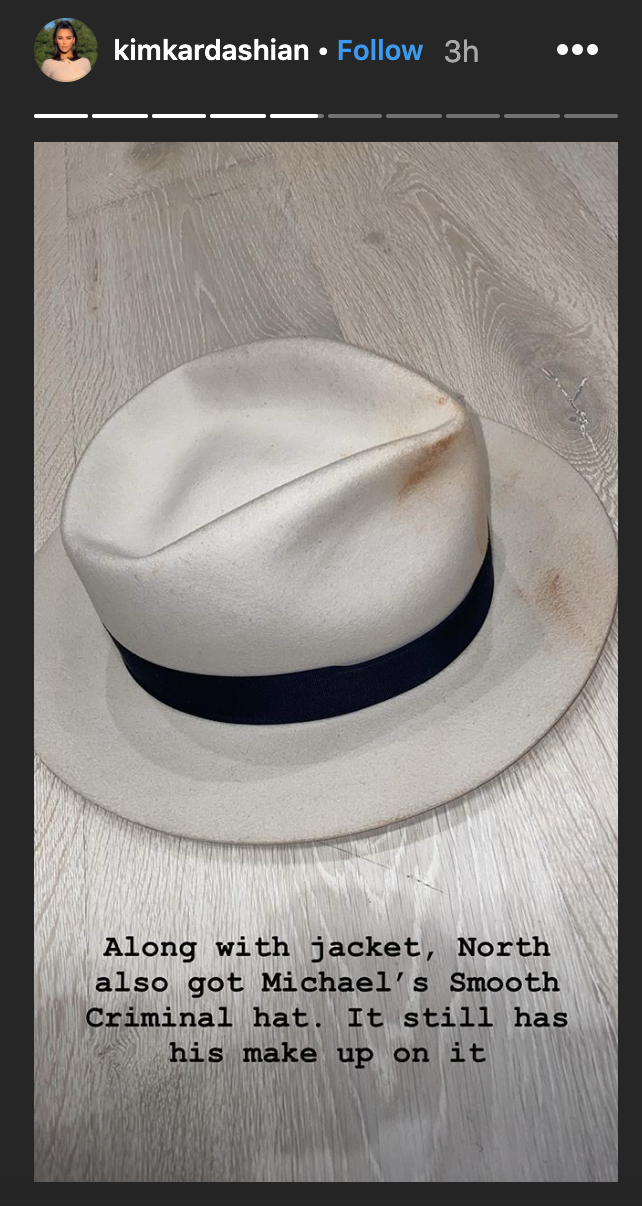 In the next Story, Kardashian West revealed that she also bought two of Elvis Presley’s rings at the auction, which she’ll gift to brother Rob. 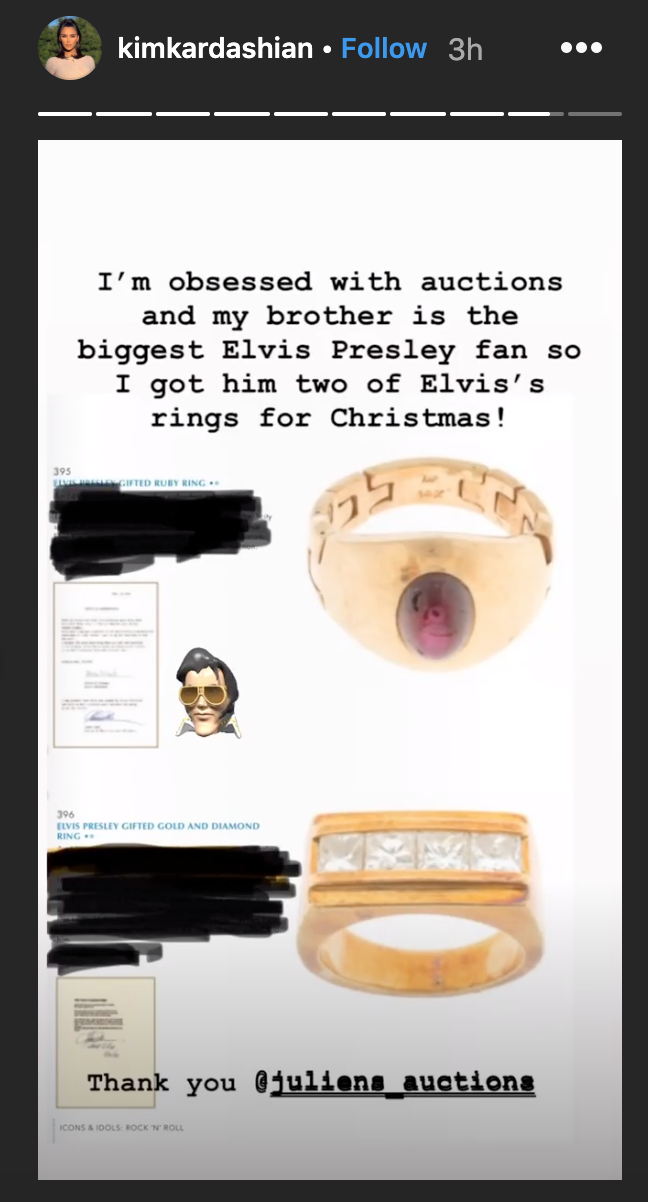 Beyond now owning some of his most famous personal possessions, Kardashian West has ties to Jackson. In a 2009 interview, Kardashian West told People that she celebrated her 14th birthday at Jackson’s Neverland Ranch, the site where many of Jackson’s accusers said their alleged sexual abuse took place. That said, Kardashian West said she has only happy memories of Jackson’s compound, saying that it was “the most magical place on earth.” At the time, she was also dating Jackson’s nephew MJ.

Obviously, Kardashian West is entitled to spend her money however she wants. She’s also entitled to parent her children however she damn well pleases, just as the rest of us are. Still, we’re having a hard time understanding how clothes that once belonged to an accused pedophile are an appropriate Christmas gift for a 6-year-old. Or is that just us?