Saturday, March 24th was the official March For Our Lives in Washington, D.C. and beyond. Millions of people around the world joined together to protest the inexcusable lack of gun control in America. February’s school shooting in Parkland, Florida has spurred a stronger and more passionate fight for gun control. Not only in schools but everywhere.

People are tired of losing their friends, peers, and family members to unnecessary gun violence. Kids should not be killed when they are simply attending school. People should not be shot at when they go see a movie. Concerts should not come with a side of paranoia that you may lose your life. Our country has a gun problem, and people have had #Enough.

At yesterday’s March for Our Lives rallies, plenty of famous faces showed up to support and march along with their fellow citizens. Among the famous faces were Kim Kardashian, her husband Kanye West, and their 4-year-old daughter North. The next morning, Kardashian took to Instagram to express how she felt about the march, guns, and sharing the day with her daughter. For a very famous person like Kardashian, who has a big influence on her fans, her post means a lot.

“What an amazing day yesterday to take my daughter to Washington DC to see our future leaders speak,” Kardashian wrote. “Having my daughter march along-side her grandfather and parents was a day I hope she remembers forever.”

Kim’s words are so important.

Her picture is beautiful and her caption is even more so.

We love that Kardashian is showing so much support for the future leaders of America. 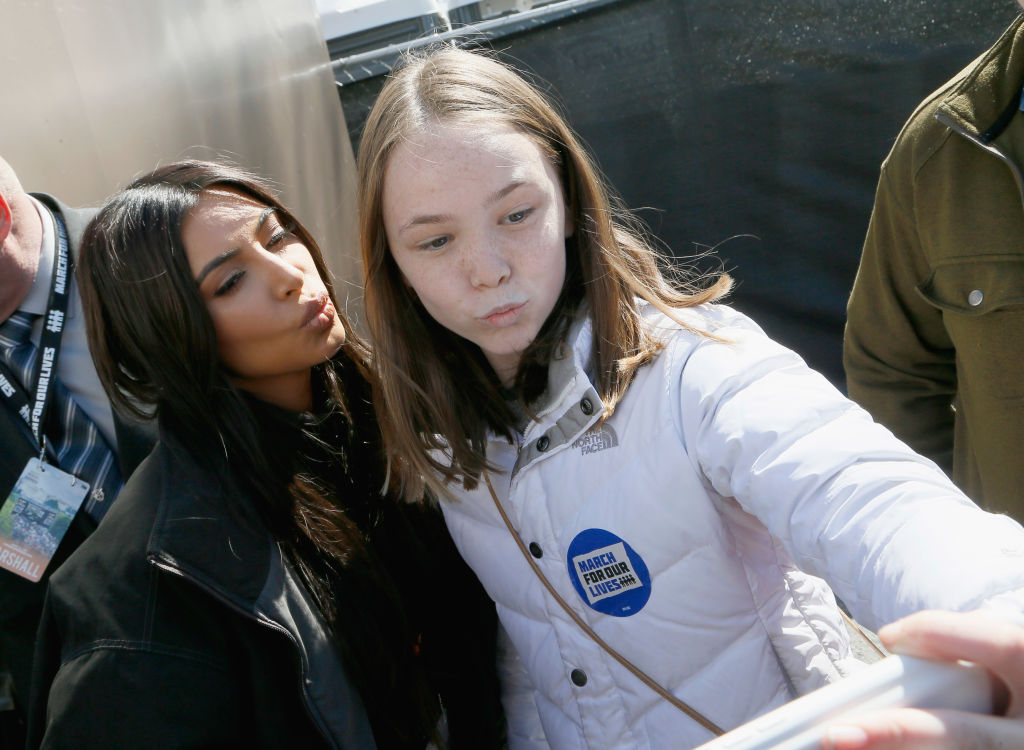 "I know that the younger generation will vote to change these gun laws that so desperately need to be changed. Hearing these stories yesterday and meeting so many families affected by gun violence was heart breaking and I hope when it comes time to vote we all step up and vote to protect our children."