When we were growing up, we dreamed of being ballerinas who also happened to be princesses on the side. Ballerinas, nurses, and teachers were jobs women often filled in media catered toward kids — that is, if women in children’s media had jobs at all. Although aspiring to be any of the above is completely wonderful and realistic for many (besides the princess, but don’t tell our child at heart that), we have to wonder: What would we have aspired to be if our books and media showed women doing more?

Sharita Manickam and Jen Bruno are aiming to upgrade female representation in media with their upcoming kids’ book, Rad Girl Revolution — the word “rad” stands forRise Above Doubt and Reach Any Dream. The bookwill feature 30 photos of little girls working in fields usually under-represented by women. The girls in Rad Girl Revolution will be scientists, police officers, astronauts, and journalists, to name a few occupations featured in the book.

According to the National Science Foundation, gender stereotypes are defined in kids between the ages of 5 and 7, and by age 6, girls are already less inclined than boys to call other members of their own gender smart.

Manickam and Bruno felt the need to change these statistics. And with only 19.5% of children’s media showing female characters in jobs, as a 2013 SeeJane.org Occupational Aspirations report shows, doing so via a kids’ book was the perfect opportunity. 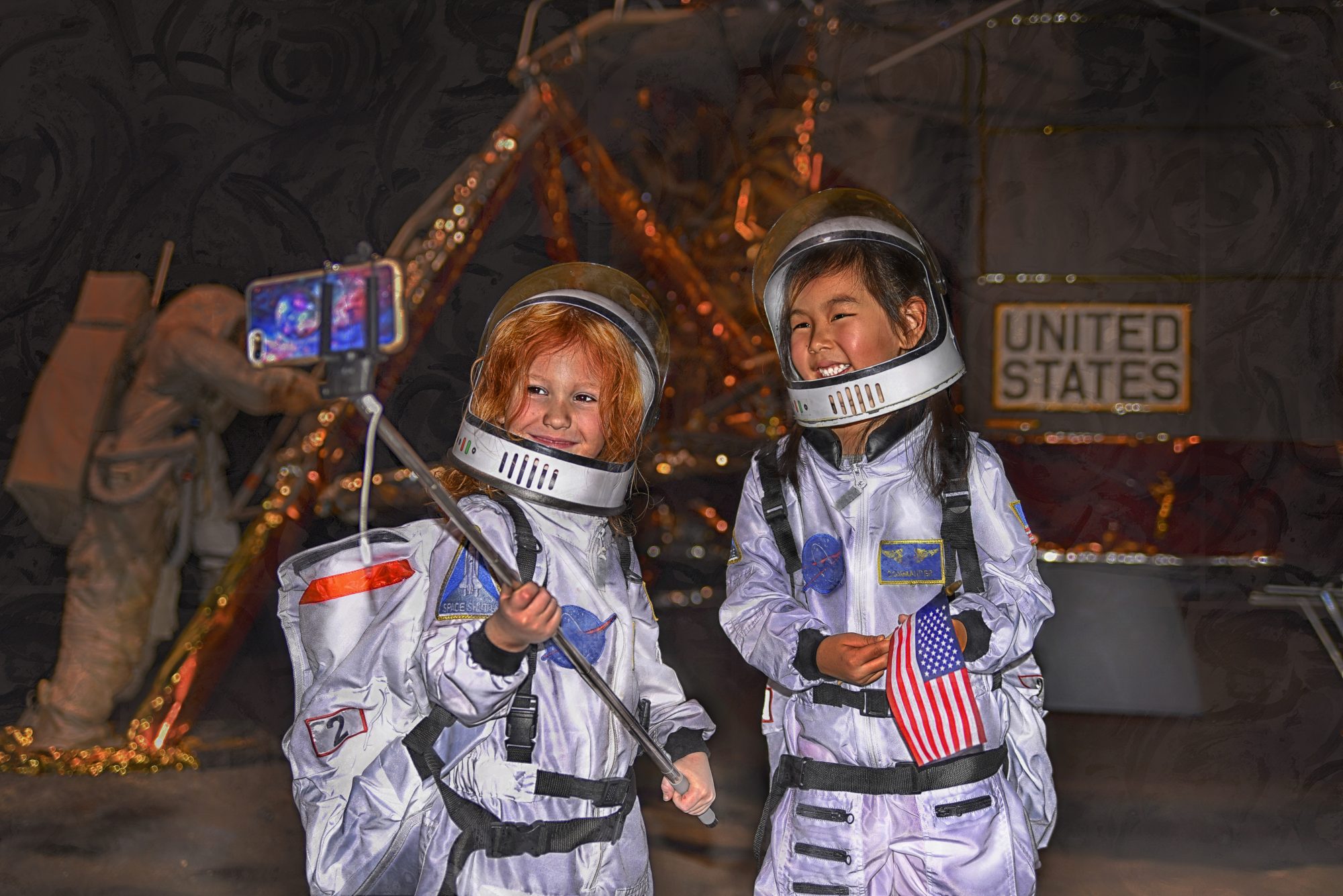 "As a mom to two girls, I feel it’s important to show them that women and girls are capable of doing the same jobs men and boys can do," Manickam, author of Rad Girl Revolution, said in a statement. "It is imperative that creators of children’s books and television make it a point to represent girls and women as having aspirations and as being strong, smart and capable of reaching any dream."

Manickam and Bruno decided to use photographs rather than illustrations to help enhance the reality that girls can actually do what they see these others girls doing in the book. 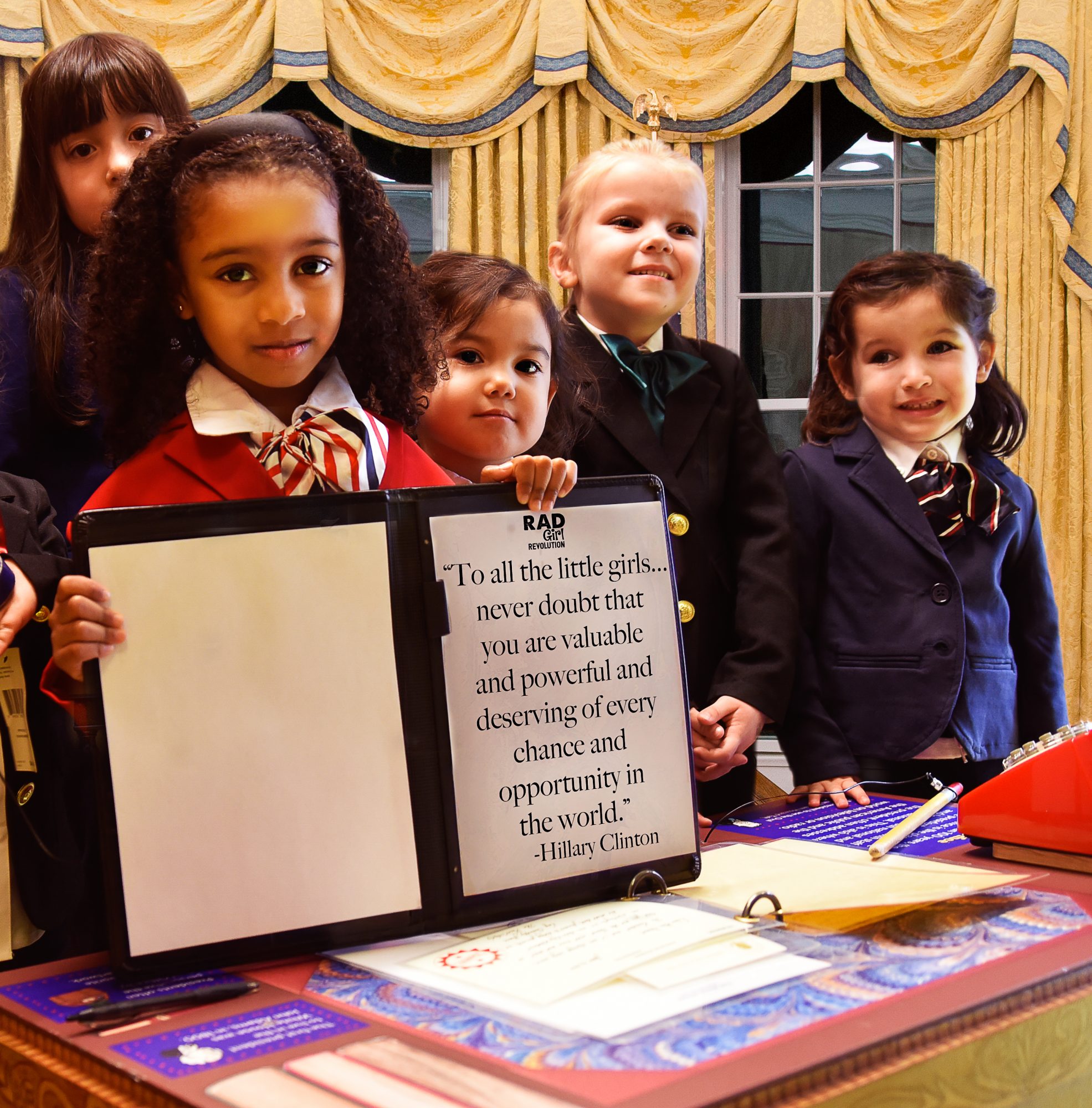 "Photographing the girls in our book has been an honor. I'm able to watch these already brilliant and charismatic girls transform into fuller, more confident versions of themselves," Bruno, who is the photo-illustrator of the project, said. "Through my lens, I have the unique opportunity to watch their 'I wants' morph into 'I wills.'"

As much as Rad Girl Revolution is a book to empower and inspire young girls, it can also help young boys understand and later employ the concept of gender equality. 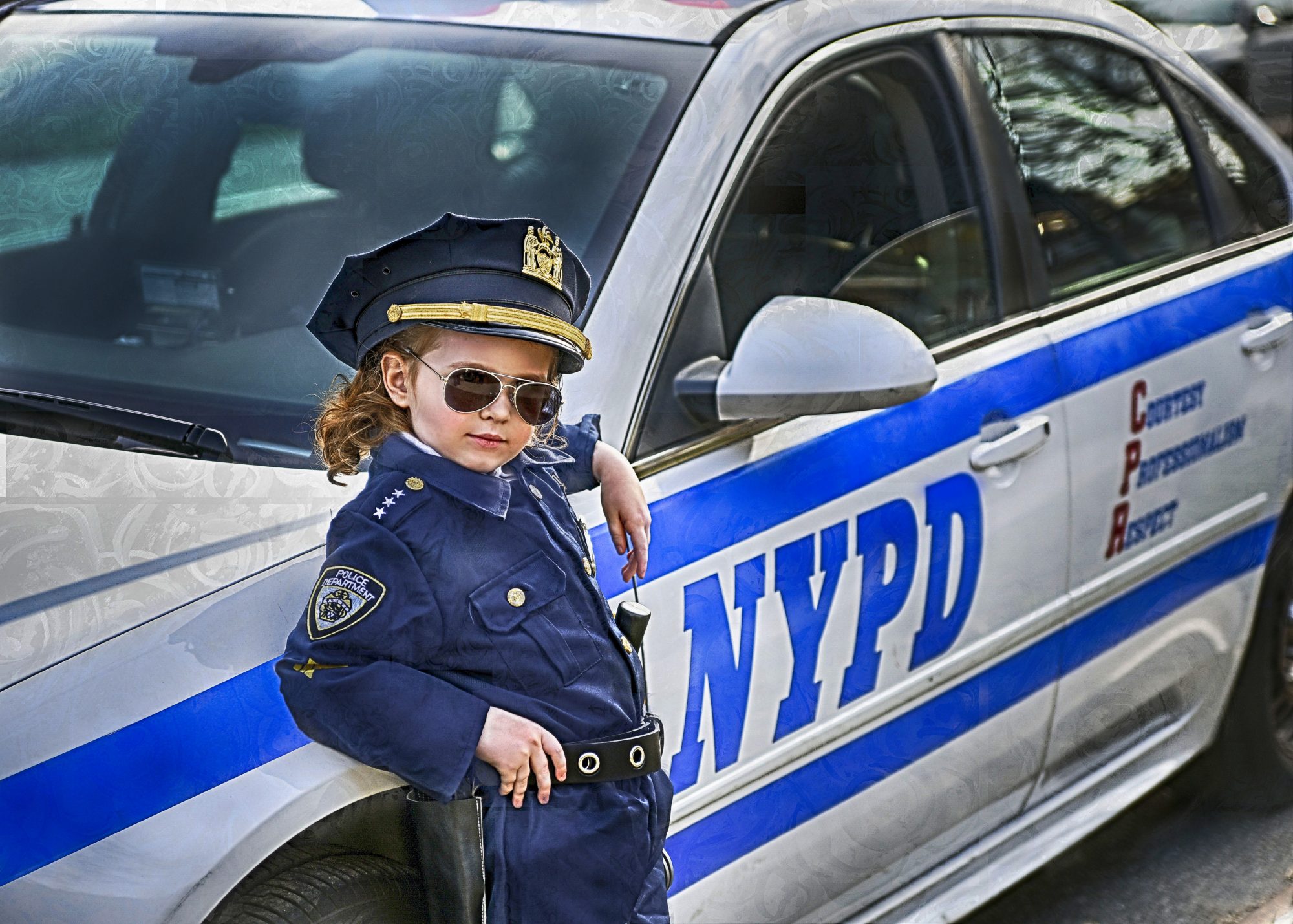 To learn more about and support Rad Girl Revolution, head over to the project’s Kickstarter page. The campaign to raise money for the book’s production and publication will begin April 5th at 10:30 a.m. EST. If you choose to donate, you’ll receive a copy of the book, as well as more exciting perks, as a thank you.

With empowerment, inspiration, and support, girls can do anything their hearts desire. We can’t wait to see Rad Girl Revolution come to life and begin shifting the statistics.