The Kardashians have baby fever right now, so it’s no surprise that Khloé Kardashian’s baby shower was an all-out affair. Kardashian, who is expecting her first child with boyfriend Tristan Thompson, shared snaps of the amazing pink-themed event on her Instagram Story. So did her sisters and famous friends.

On Saturday, March 10th, things rosé-tinted appeared at the shower, from balloons in every pink hue to not one but two flower walls. One looks like hanging carnations, while the other featured roses. All were pink, obviously. ANOTHER rose display spelled out the word “GIRL.” There was even a neon sign that said “Baby Thompson.”

Kardashian’s baby shower also had a zoo animal theme. The space was filled with huge animal topiaries, including elephants and giraffes. The place settings were just as stunning, featuring pink and gold tableware with a little zoo animal figurine at each place. One very special setting — which we can only assume was Khloé’s — featured what looks like a baby pink Birkin bag. We’re guessing it’s about to be her very chic diaper bag!

Speaking of fashion, Koko showed off her bump by wearing — what else? — pink! And yes, the food spread looked delicious too. There were lots of animal-themed sweets on the dessert table. Kardashian’s baby shower even had unicorn cakes to celebrate the birthday of her three friends, twins Malika and Khadijah Haqq, and celebrity hairstylist Jen Atkin.

Feast your eyes on one of the most beautiful baby showers we have ever seen.

So many pink flowers!

More flowers, plus a cameo from Kris Jenner.

There was a photo booth too!

Here’s Baby Thompson’s neon sign. Maybe it will go in her nursery?

And the elephant topiaries!

We spy elephants all over.

These unicorn birthday cakes though!

Roses, balloons, and cake. Sounds like the perfect party. 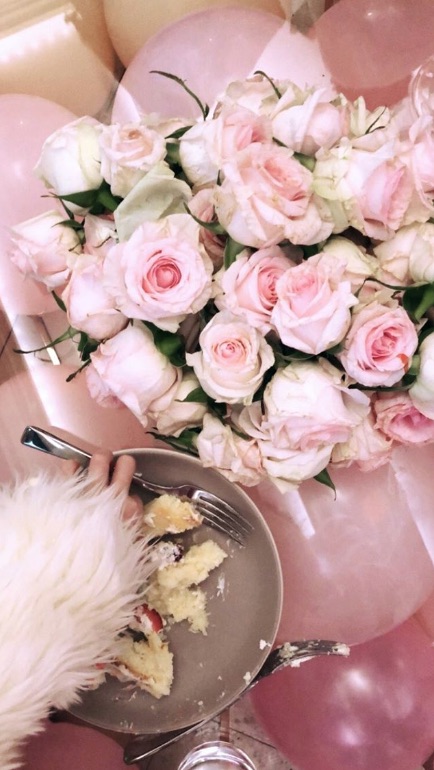 And finally, MJ. It’s not a party until MJ is there. 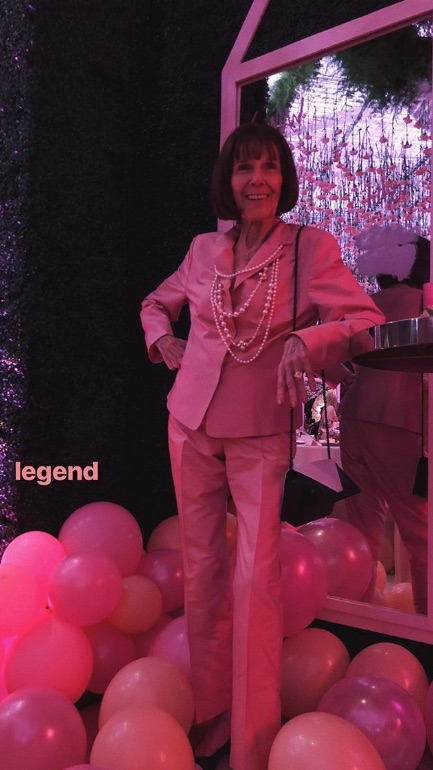 It was a baby shower fit for a little princess. We can’t wait to meet Baby Girl Thompson!