Kendall Jenner chopped off her hair, and of course it looks fantastic — she’s a pro at changing her look. We’re going to assume she went shorter this time because of the unbearable heat wave happening in L.A. right now (and basically everywhere in the U.S.). Or maybe she just wanted to switch things up.

Either way, she’s rocking the shorter ‘do.

On Monday night, Jenner teased her haircut by snapchatting the artwork her pal Cara Delevingne created out of what looks like a pile of recently chopped brown hair.

It’s not surprising that Delevingne accompanied Jenner to get her haircut, considering she casually debuted her own shorter hair at Comic-Con last week. Now they’re both in the short hair, don’t care club. 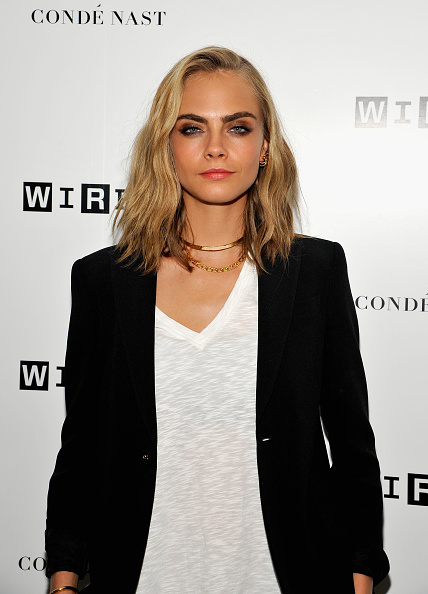 Jenner hasn’t officially debuted her new look on social media, but her hairstylist Jen Atkin gave us a first look on Snapchat and Instagram!

Atkin joked that she only cut Jenner’s hair because she made a fresh batch of brownies.

If we had to guess, Jenner will be showing off her new haircut via selfie in 3, 2, 1…