Love and fame can come at any moment and for the most unexpected reasons. Going into the second U.S. presidential debate, all eyes were on the candidates. But coming out, many of those eyes – and hearts – shifted to newfound internet sensation Ken Bone and his red sweater. 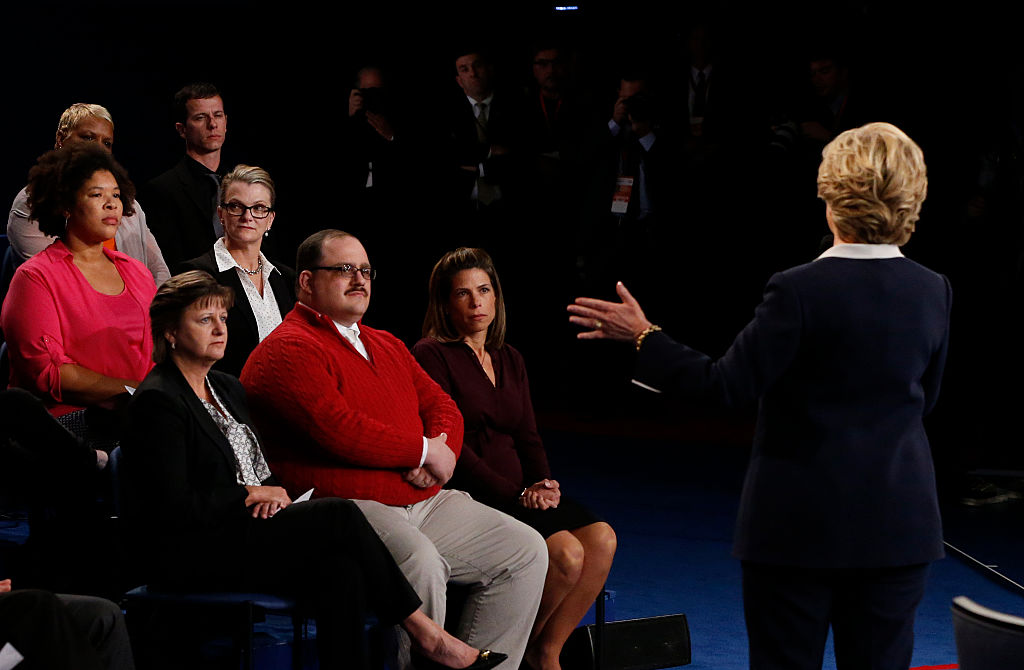 While Bone made the most of his time with the candidates, asking about energy policy, viewers and Twitter were absolutely rapturous of the red sweater that almost never made its debut! In an interview with a local St. Louis radio station, Bone explains:

“I had this really lovely olive suit that I was going to wear, and I split the seam of my pants as I was getting into my car to leave for the debate. So the sweater was plan B.

I think we can all relate to that! Many a wedding, party, and brunch outfit has ended up on the closet floor after meeting an early death courtesy of life and coffee stains.

Bone clearly turned lemons into (strawberry) lemonade and has the popularity to prove it. Speaking to CNN, Bone shares:

“I went from last night having seven Twitter followers - two of which were my grandmother because she had to remake her account when she forgot her password - to now have several hundred. I don’t know why they care what I have to say but I’m glad they’re engaged in the political process.

We couldn’t agree more! So the next time you spill jam all over your favorite romper, just remember – it might be an opportunity to promote civic engagement . Or, simply to rock that cable knit sweater you’ve been dying to wear anyway! false