The actress and singer opens up about her lifelong journey to getting a PCOS diagnosis.

Whether she’s in full-face glam or wearing zero makeup, Keke Palmer is confident showing her skin to the world—but this hasn’t always been the case. The singer and actress, 27, has been dealing with persistent, hormonal acne since her teenage years, and she’s tried everything to treat it (including two rounds of Accutane, diet changes, and blood tests, per an Instagram post). Yet for a long time, she couldn’t figure out what was causing her breakouts—until late last year, when she finally got a diagnosis of polycystic ovarian syndrome (PCOS), a hormone disorder that often manifests with irregular menstrual cycles, and had been causing her acne. In early December, the Hustlers star shared her diagnosis via Instagram, explaining how long it took her to get answers from doctors. And unfortunately, as Palmer tells HelloGiggles now, her struggle is all too common.

Though PCOS is estimated to affect up to 18% of people with uteruses and is the leading cause of female infertility, studies show that getting a diagnosis can take an average of two years and three doctors. On top of this, racism within the healthcare industry can make this even more difficult for people of color like Palmer. The star shared in her Instagram post that she experienced dismissal from doctors firsthand, at one point going to a doctor “in tears” of frustration over her persistent skin issues but “all they offered was a measles vaccine” in return. Since weight gain and obesity are common PCOS symptoms, it’s a frequent misconception that it only affects people who are plus-size or obese, and as a thin person, Palmer says doctors often overlooked PCOS as a possible cause of her acne and irregular periods. (Reversely, many plus-size people have experienced doctors dismissing their PCOS symptoms by telling them to simply “lose weight.”)

“It took so long to get the diagnosis because, first of all, when people think PCOS, a lot of times they’re assuming that someone’s going to be a specific size or specific weight,” she says, speaking over the phone. “And then also, starting out as young as I did in terms of my acne problems, I was at the age that you would expect someone to have an irregular period, as well as acne problems and hormonal problems.”

Though her experience with doctors was discouraging, Palmer says working on the upcoming thriller film, Alice, late last year is what pushed her to finally take matters into her own hands.

Alice, which Palmer is executive producing and starring in, tells the true story of a slave in the antebellum South who escapes from her secluded plantation and discovers a shocking reality on the other side. “When I did the last movie I did, Alice, it really brought up a lot of things that made me want to fight for my life and fight for the freedoms of my life because it took me back to visiting a lot of the black American struggle,” the actor explains. “I think it just really motivated me to just say, ‘What is the life you want? What is everything that you want?’ And you gotta do it for yourself and all the people that couldn’t do it before you.'”

Palmer adds that this realization prompted her to dig into her family history, where she discovered a number of family members who’ve suffered from insulin resistance, a common feature of PCOS. “As I started to dive down that road, that’s what allowed me to be able to advocate for myself with my doctor and actually discover that I was struggling with PCOS,” she explains. “And then from there, it’s been like an onward journey of me trying to figure out how to now change my life so that it doesn’t affect me.”

In her original announcement post and many others since, Palmer has made it clear that she won’t let her PCOS get in the way of her living her life (“MY ACNE AINT NEVER STOPPED ME“, she wrote) and loving her skin. Her diagnosis hasn’t been an instant fix for all her skin concerns—she still struggles with acne, as shown in her recent posts—but it’s giving her a clearer way to move forward and address underlying hormonal issues caused by the condition.

Now, as Palmer’s continued to uncover her personal skin needs, she’s also learning more about skin care through her partnership with Olay Body, such as the fact that our faces shouldn’t get all the attention. The newest Olay Body line includes a body wash and conditioner featuring the buzzy skincare ingredient retinol, which is often used to eliminate and reduce signs of aging, improve the appearance of fine lines and wrinkles, and improve overall skin texture.

“Usually you hear about these ingredients in face products, but you never think about the fact that, ‘Wait a minute, I should be treating my skin on my body the same way that I treat my skin on my face and really create a regimen for it,'” Palmer says.

Palmer says she incorporates these products into her own nighttime body care routine. She starts by using the Olay Cleansing & Renewing Nighttime Body Wash with Retinol and the Olay Nighttime Rinse-off Body Conditioner with Retinol in the shower, then follows up with something light and moisturizing like shea butter. 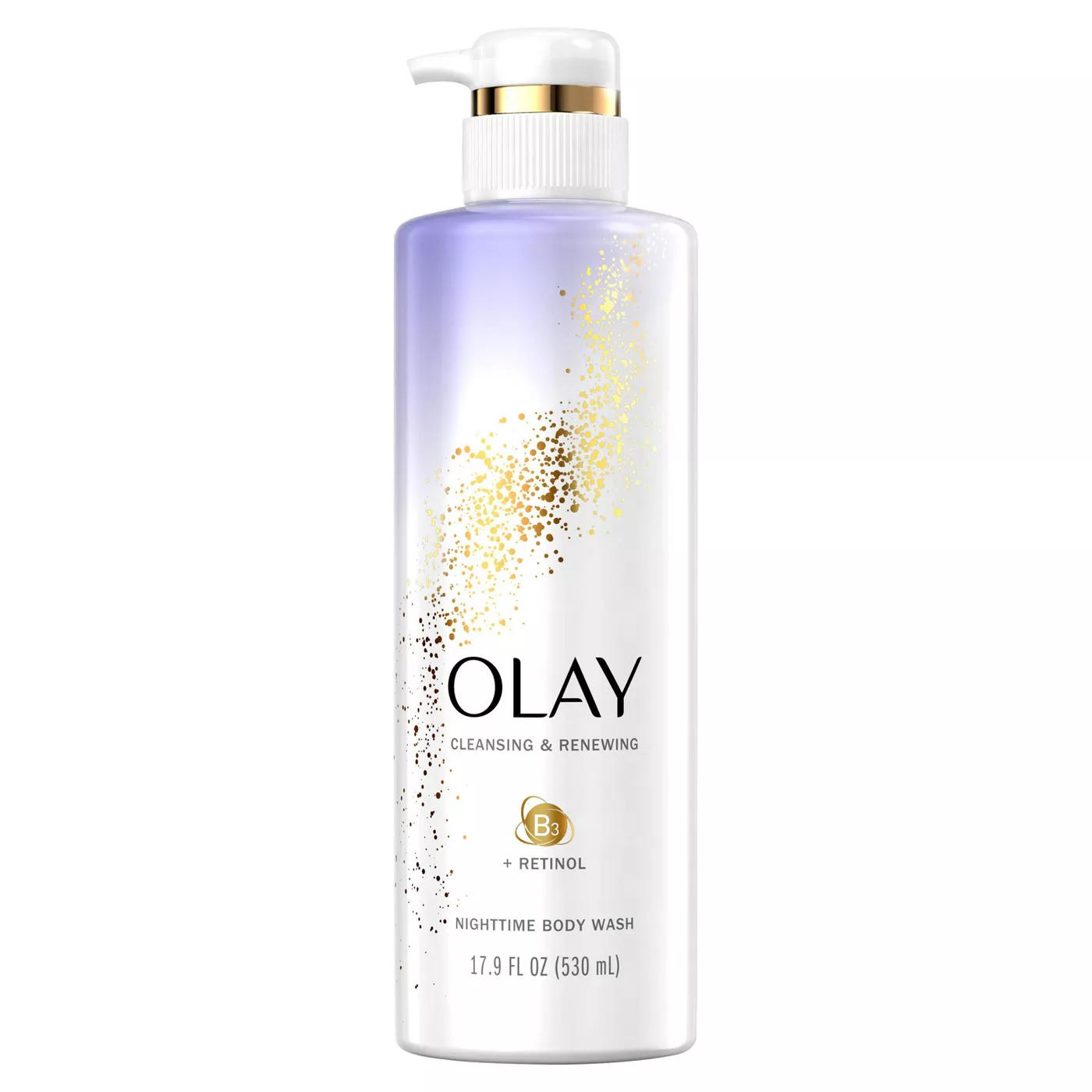 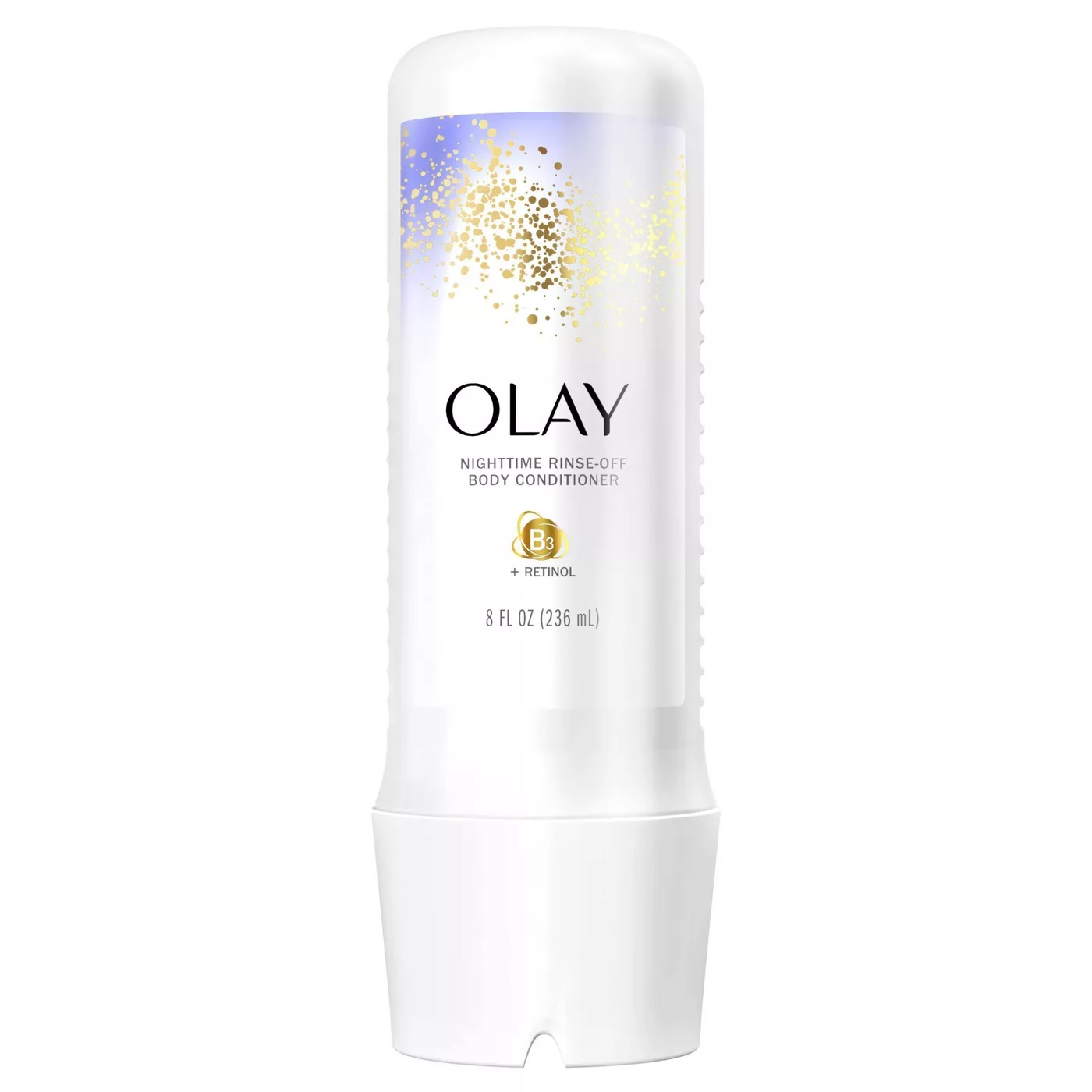 “Sometimes if I’m feeling really extra, I’ll spray on some perfume, just so I go to sleep smelling good,” she adds. “I don’t know why I do that. It’s just like a little extra added effect that I do just to make me feel important.”

In addition to her skin care routine, Palmer has been taking extra steps lately to be intentional about how she cares for her overall mental and physical health. “Now more than ever, it’s important to slow down and make the most of the time that we typically take for granted,” she says. “I love to clear my mind by kicking back and watching my favorite TV shows, working out, or cooking—and if I’m strapped for time I make sure to remind myself of my affirmations or mantras and set my intentions for the day.”

Palmer’s focus on intentionality carries over into her advice regarding skin care, too, and she urges fans and followers to take the time to figure out what’s best for them and advocate for their specific needs.

“Just because it works for me or a friend, doesn’t mean that it’s the right fit for your needs,” she says. “I urge people to try things out, learn what’s good for your skin. When I started doing my own research and took the advice that actually resonated with me, then it became a little bit easier. Just take it easy on yourself and be patient.”