Keira Knightley is a jewel herself, so it only seems appropriate that the actress wears fabulous jewel tones. Keira sported the emerald dress at the Harper’s Bazaar “Women of the Year” award ceremony in London. As their December issue cover star, Keira was given the “Theatre Icon” award at the London event.

But she was not only being recognized for her impressive career accomplishments. She was also being applauded as an outspoken advocate for gender equality.

And Keira’s intellectual brilliance was as stunning as her clothing choice as she literally turned heads in this ~gorgeous~ gown. 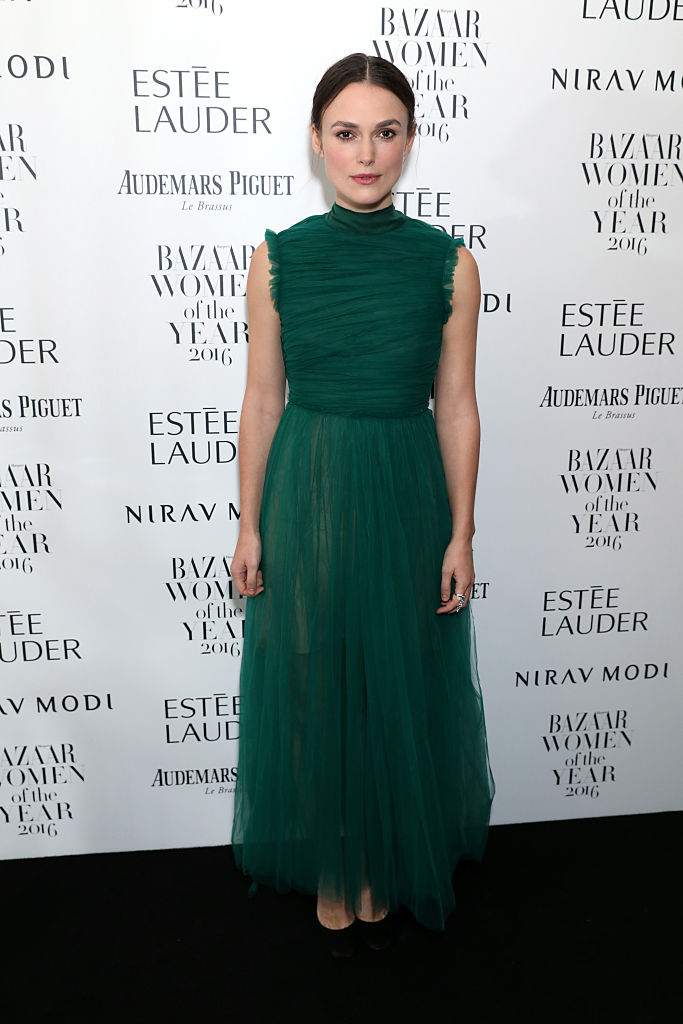 The actress is known for loving period pieces and wearing absolutely beautiful outfits for each of her iconic characters, so it makes sense that she seems so at ease in this breathtaking dress.

The dramatic green hue and pulled back hair reminds us of her unforgettable green dress from Atonement and makes us love it (and her) even more.

The flowy, textured dress was sheer and lay over a nude slip that every-so-slightly peeked out when she was walking. 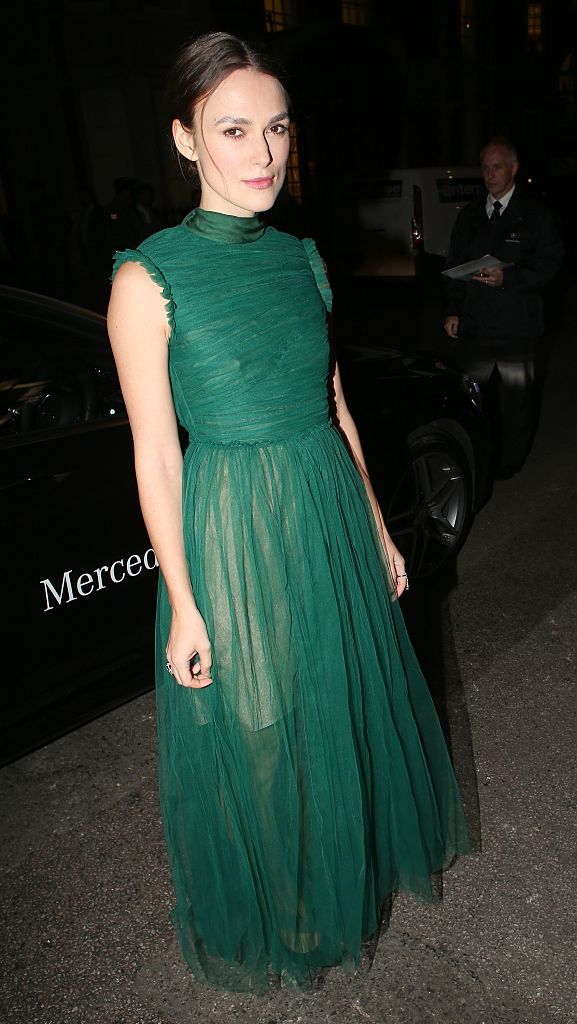 She kept the rest of her accessories and style that evening simple to (understandably) focus all the attention on her jaw-dropping dress.

But we love Keira for more than just her amazing style.

During her cover shoot for the magazine, the star talked candidly about having children and how different (and outdated) she felt childcare expectations are for men and women are.

She said, "You need to be a family unit, not just have the guy there for two weeks and then go back to work and the mother left desperately trying to figure it out. I think it's archaic that there aren't better options."

Her words were so inspiring, we’re glad she’s being recognized for not only her talent but also for her wonderfully positive point of view.