Art is open to interpretation, and this hilarious Katy Perry prank prank is absolutely one for the books. The singer showed up at the Whitney Museum in New York City with mischief on her mind and pulled off a stunt that left fans shocked and delighted. The singer joined creative forces with Derek Blasberg, Vanity Fair’s Our Man On The Street, to cook up a scheme that will leave you laughing in utter disbelief.

The *Katy Perry prank* aka Katy’s plated head aka “art” 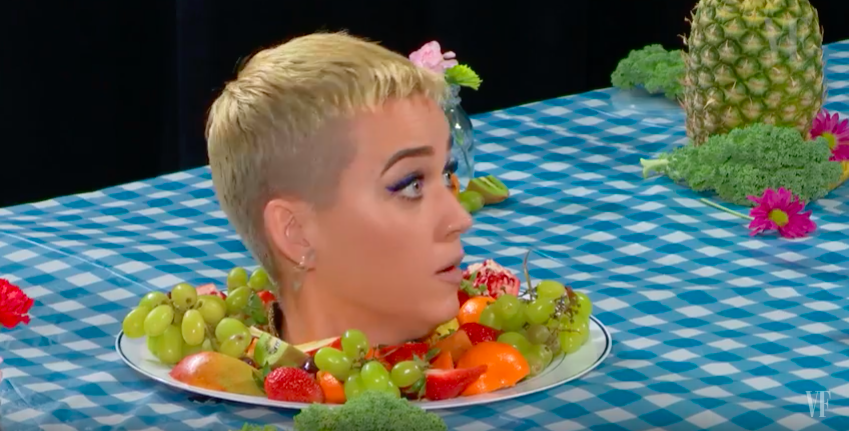 Katy Perry was placed under a table with only her head exposed. The table was set up to make it appear that her head was on a plate, surrounded by food (and a rather fetching checkered tablecloth). A serving hood was placed over her head to hide her until the perfect moment for the big reveal. The art exhibit was shown under Perry’s real name, Katheryn Hudson, to keep fans in the dark.ere. Blasberg then went through the museum, asking patrons if they’d like to be part of a “video installation.”

Unsuspecting people quickly agree and were ushered into the room where Katy Perry hid. Blasberg would reveal Perry’s unmoving head and discuss the installation to the crowd — until Perry opened her eyes and began talking. The reactions to her head suddenly speaking ranged from shock to amusement. As she conversed with fans, some began to suspect her true identity. The realization that Katheryn Hudson was in fact pop superstar Katy Perry blew quite a few minds — much to the amusement of Perry and Blasberg.

The video was produced by Condé Nast Entertainment, and you can watch the whole thing below. Enjoy how fans react to what is certainly one of the stranger art installations out there.

After all, how often do pop singers allow themselves to be a feast for the eyes — picnic table included?