We’re always grateful when we’re blessed with a Kate Middleton interview because they’re rare. The Duchess of Cambridge just appeared on her first-ever podcast, serving as a guest on Happy Mum Happy Baby. On the pod, and she got super real about parenting in the public eye, mom guilt, and how it was “slightly terrifying” to introduce Prince George to the world in those famous pictures just one day after his birth

Royal fans have gotten used to William and Kate’s public birth announcements after welcoming all three of their little ones. We’ve all seen the photos on the steps outside the famous Lindo Wing with Prince George, Princess Charlotte, and most recently Prince Louis. But behind that glowing smile in the photos with baby George, Middleton told author Giovana Fletcher on the podcast that she was full of mixed emotions. (Which is totally understandable.)

Fletcher asked Middleton what it was like “knowing there were so many people outside [the hospital] after you’ve given birth, and you’re in your little cocoon with your new family?”

Middleton responded, “It was slightly terrifying, I’m not going to lie.”

The duchess continued, explaining the pressure of being first-time parents in the public eye.

"Everyone had been so supportive, and both William and I were conscious that this was something that everyone was excited about, and we are hugely grateful for the support that the public has shown us, and actually for us to share that joy and appreciation with the public was equally important," Middleton said on the podcast. "But equally, it was coupled with a newborn baby and inexperienced parents and the uncertainty about what that held. So there were all sorts of mixed emotions." 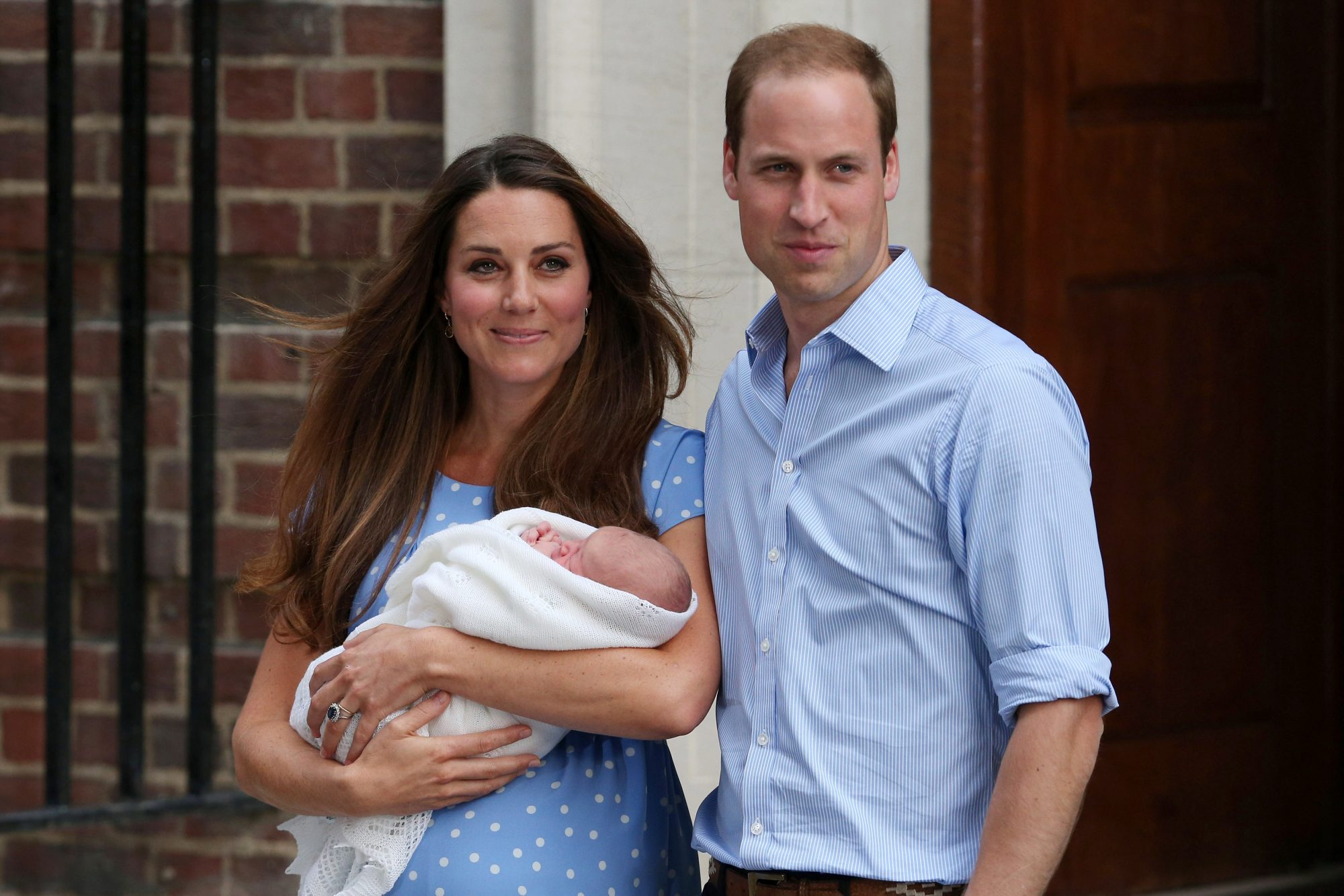 She shared that she and Prince William had practiced putting a baby doll into a car seat in the car, knowing that they’d have to do that with the world watching once their baby was born.

“We even tried to practice with a little baby doll,” she said, “but you know, it just never works out the way you planned it, so it was quite hard to do that on the world’s stage.”

Now that Middleton has three children in the public eye, she said she still “struggles with mom guilt,” like so many other mothers.

"It's a constant challenge—you hear it time and time again from mums, even mums who aren't necessarily working and aren't pulled in the directions of having to juggle work life and family life," she said, "and always sort of questioning your own decisions and your own judgments and things like that, and I think that starts from the moment you have a baby."

We have so much respect and admiration for every parent—especially new parents—and we can’t imagine how tough it must have been for them to feel that scrutiny in those early hours and days after welcoming their first baby. Click here to listen to the rest of the episode, in which Middleton opens up about her pregnancies, her own childhood, and her hopes for her children’s future. We’re grateful to Kate for keeping it real.