We’ve long thought of Kate Middleton as one of the world’s chicest royals, and her most recent outfit has proved that point once again.

The Duchess of Cambridge, who is currently touring Canada with her husband, Prince William, attended a Government of British Columbia reception in Victoria wearing a striking red dress from British fashion house Preen by Thornton Bregazzi. 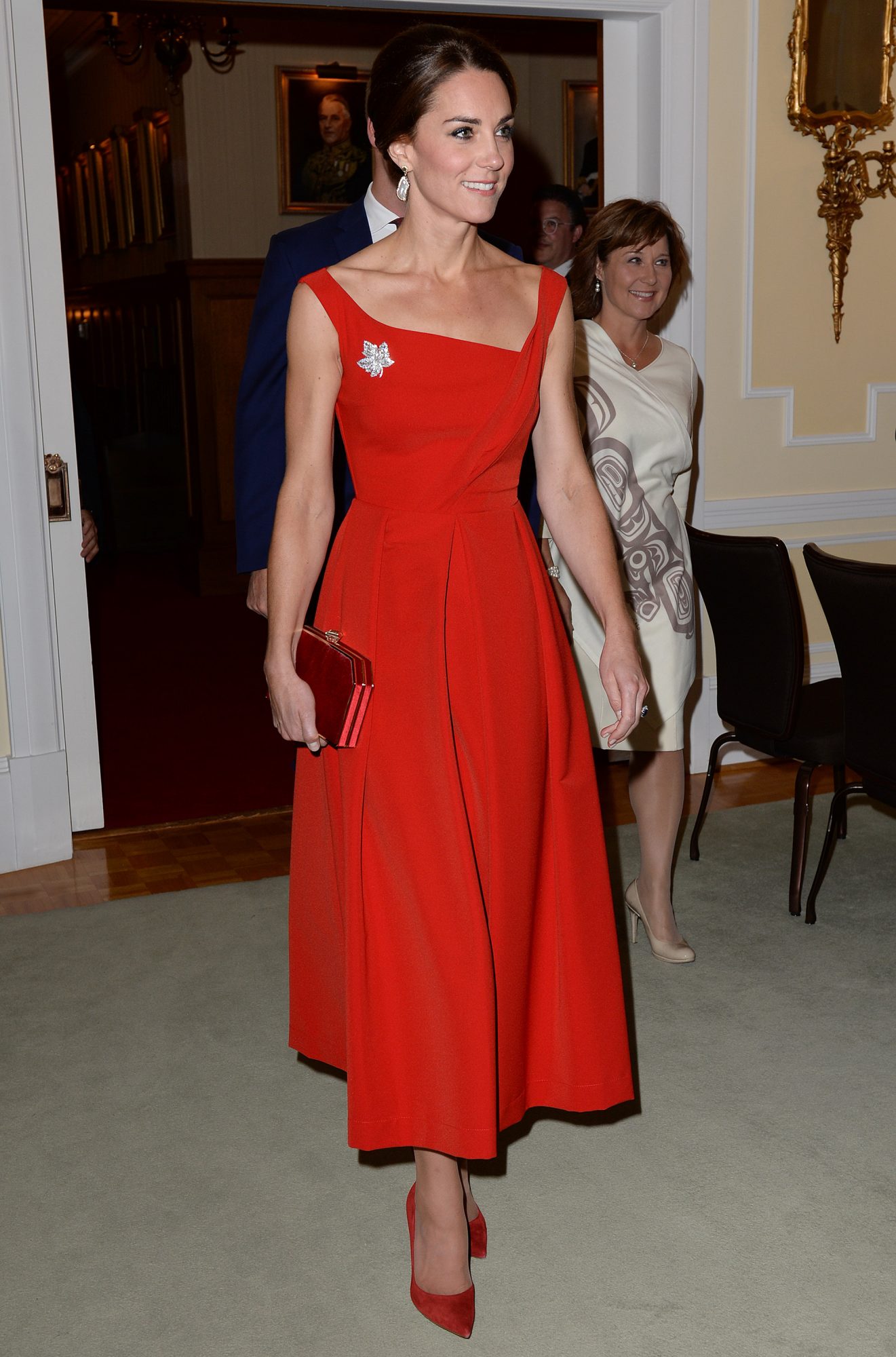 Does she not remind you so much of the dancing lady emoji in this frock?!

Anyway! According to Preen’s Instagram page, the “Finella” dress — which retails for just over $1,700 — is sold out. Ugh! But don’t worry — the brand says the dress will soon be back in stock. Yay!

Preen recently celebrated its 20th anniversary, but if you haven’t heard of the brand, don’t worry — you’re not alone.

"We’ve never been the next big thing," said Justin Thornton, the husband part of the husband-and-wife team behind Preen, in a recent interview with The Guardian. "We’re just pleased that we’ve managed to stay at this level for this long, making clothes that people really like. It’s great that we’ve been bloody-minded enough to do it."

That’s not to say their clothes don’t get worn. Everyone from Rihanna to Michelle Obama to Amy Winehouse has stepped out in a Preen garment at one time or another, it’s just that we don’t hear the company’s name all that often stateside.

Perhaps that’s about to change? We certainly hope so! And if anyone can make that happen, it’s our girl Kate.