Kate McKinnon is one of our favorite comedians (she flipping won AN EMMY for her comedy chops this year), so it would stand to reason that the lady can be funny about anything, including the very specific pain of having a very ungrateful pet.

As she explained to Jimmy Fallon on The Tonight Show this week, McKinnon’s cat Nino (or her “son” as she awesomely refers to him), is quite the ungrateful little kitty.

"I buy him all this stuff and all he wants is individual drips from my bathroom drain," McKinnon bemoaned. "I bought him a bed, he sleeps on the floor. Ungrateful. Ungrateful."

Not only is Nino ungrateful, he’s also most unimpressed with his mistress’ recent big win.

"I came home and told him 'I won an Emmy,' and he was like, 'Yeah, go scoop the crap from my box,'" McKinnon explains.

Cue cat owners everywhere sighing and sadly shaking their heads because they know all too well what it’s like to have your little furball be totally uninterested in your life accomplishments.

It’s possible that Nino is being particularly withholding because he is grumpy about his new eating regimen.

Fallon, as a visual aid, pulled out a pic of McKinnon holding Nino in her sweatshirt, pre-diet: 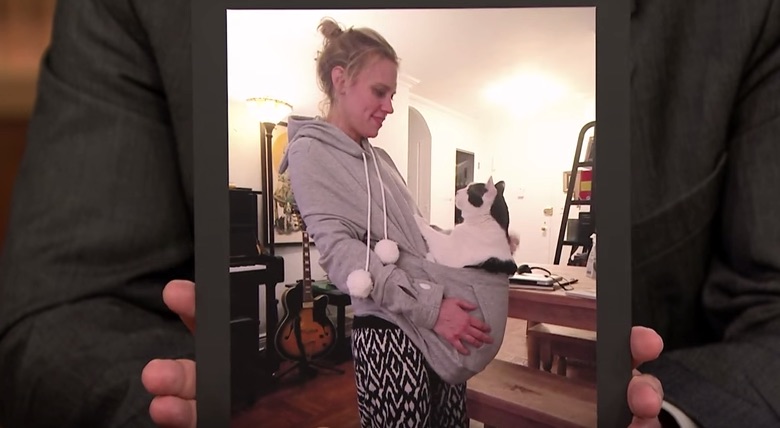 He is a big dude, to be sure, but what we’re most struck by in the pic is how clearly obsessed these two are with each other. Nino may be an ungrateful pet, but he’s clearly in love with his human. As are we, Nino, as are we.

Check out the vid below!