Kaley Cuoco says she once dumped a famous dude for tipping badly, and so much yes

When it comes to tipping etiquette, The Big Bang Theory’s Kaley Cuoco is all about treating her servers with respect. And we’re so glad that she’s speaking up about it.

Cuoco shot a video for Vogue for their “Sad Hot Girls” series in which she talked about dating a guy who she, at one point, figured would be the father of her future children. The guy, whose identity she never reveals, is apparently well-known. “Let’s call him John. Because if I tell you his name, you’d know who he is,” she said. She was 19 when they dated, and it was just around the time she was starting her career.

He took her out on a dinner date, which she was super psyched about. According to Cuoco, the date went really well. There was laughter, they talked a lot, and enjoyed the meal. But then the bill came…

Cuoco said that she offered to pay, but he said he’d take care of it. He opened the bill and Cuoco said he instantly looked confused. She didn’t think too much about it though, as no matter what, this was the man she was going to marry.

But after he got the calculator out, all bets were off.

She said that she was raised to tip generously, and she suddenly just couldn’t imagine taking the dude home to meet her family. 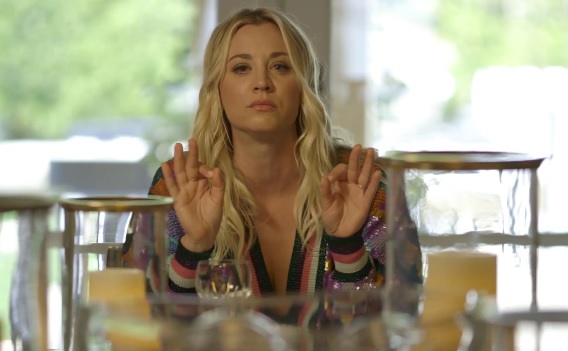 Cuoco said that they kept dating for several more months, and she actually started going back into restaurants to give the waitstaff more money.

"I just didn't know how we could progress," she said. "Let's be honest, this entire relationship was built on lies."

Good riddance, girl! We have a feeling that her fiancé, Karl Cook, is a way more generous spirit.