Following on the heels of Daniel Radcliffe, another Hogwarts alum has addressed Johnny Depp’s involvement in the Fantastic Beasts films. Matthew Lewis (aka Neville Longbottom) recently opened up about Depp’s role in the franchise.

Depp’s attachment to the Fantastic Beasts films has been shrouded in controversy ever since Warner Bros. revealed that he was cast as dark wizard Gellert Grindelwald. The Pirates of the Caribbean actor first (and briefly) appeared in the series at the end of Fantastic Beasts and Where to Find Them, when Colin Farrell’s Percival Graves turned out to actually be Grindelwald in disguise. Many took issue with Depp’s part in the film because of allegations of physical and emotional abuse made by ex-wife Amber Heard.

Charges were never brought against Depp, but that hasn’t stopped a number of fans of the Harry Potter and Fantastic Beasts series from seeing his involvement as problematic. And that feeling has only escalated since the sequel — Fantastic Beasts: The Crimes of Grindelwald, in theaters November 16th — largely centers around Depp’s character who is intent on creating a world where pure-blood wizards rule over non-magical beings.

Harry Potter himself, Daniel Radcliffe, has publicly questioned Depp’s role. Talking to Entertainment Weekly, the actor explained he was bewildered with the situation, considering, “[the original Potter films] did have a guy who was reprimanded for weed…so obviously what Johnny has been accused of is much greater than that.” 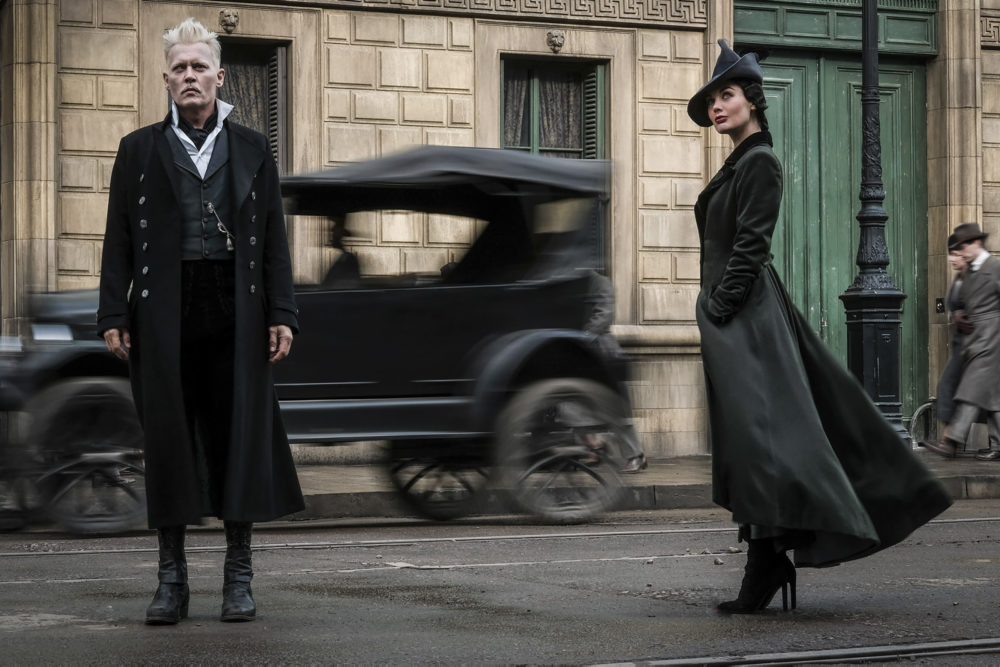 Now, Lewis has addressed Johnny Depp’s role, but in a less direct way.

HelloGiggles spoke on the phone with Lewis to talk about his ITV Show, Girlfriends, and brought up the current conversation around Johnny Depp, considering Radcliffe’s recent comments. When asked if he had a response to Depp’s casting and the call to have him removed following abuse allegations, Lewis noted, “I’m not involved in those films. I’ve not even seen the first one.”  And while he said it would be “irresponsible” to comment directly, he did go on to explain the issue at hand is an important one.

"It's absolutely right that you're asking this question because I do believe that people who do have a platform and have a voice should [speak to] these issues," Lewis explained. "But I also have to be truthful and say that I don't know anything about this."

"I read the headline with Dan; I didn't read the body of the article," Lewis continued. "One of my personal pet peeves is people who have such vivid opinions on things that they actually don't understand or don't know anything about. And, I'll actually admitto my ignorance, which is my own fault. I should probably address that."

Lewis contented that he can’t formulate or share an opinion about the controversy itself because he doesn’t know enough about the allegations and what happened in court. And he makes an important point, that ideally any given person would be fully informed about a particular issue. And if they aren’t, it might be best to hold off on chiming in until they have all the facts.

Adding, “This might seem like a half-baked, mealy-mouthed answer for you. But it’s all I’ve got, I’m afraid. I can’t possibly formulate an opinion that people will listen to on something that I just don’t know anything about. I think it’s highly irresponsible. The president might enjoy doing that kind of thing, [but] I don’t.”

Lewis then promised to educate himself about the issue at hand.

"I will go away and learn [about the issue]," he assured. "I promise I will. I just don't know right now and I would find it irresponsible to offer an opinion on something I don't know about. It's not fair. But, I think it's a powerful question you should keep asking. I really do. People should speak up for things that other people can't speak up for."

We couldn’t agree more about speaking up for others, and hope that Lewis will take the time to learn more about the issue, as he promised.