Joe Jonas and Sophie Turner just got married in Vegas (and, yes, there are photos)

For all of us eternally crushing on the Jonas Brothers, we’ve got some bittersweet news: All three JoBros are officially off the market, because Joe Jonas and Sophie Turner just got married last night, May 1st, in Vegas.

The brothers reunited onstage for the first time in a decade at the 2019 Billboard Music Awards (performing their comeback single “Sucker)” and announced they are going on tour the same day. And it seems Joe and Turner were ready to celebrate in a massive way (the couple confirmed their engagement back in October 2017, fyi).

Their pal Diplo documented the wedding on his Instagram Stories, first posting a video of Turner in a simple white dress and writing, “Gonna hit this wedding real quick.” 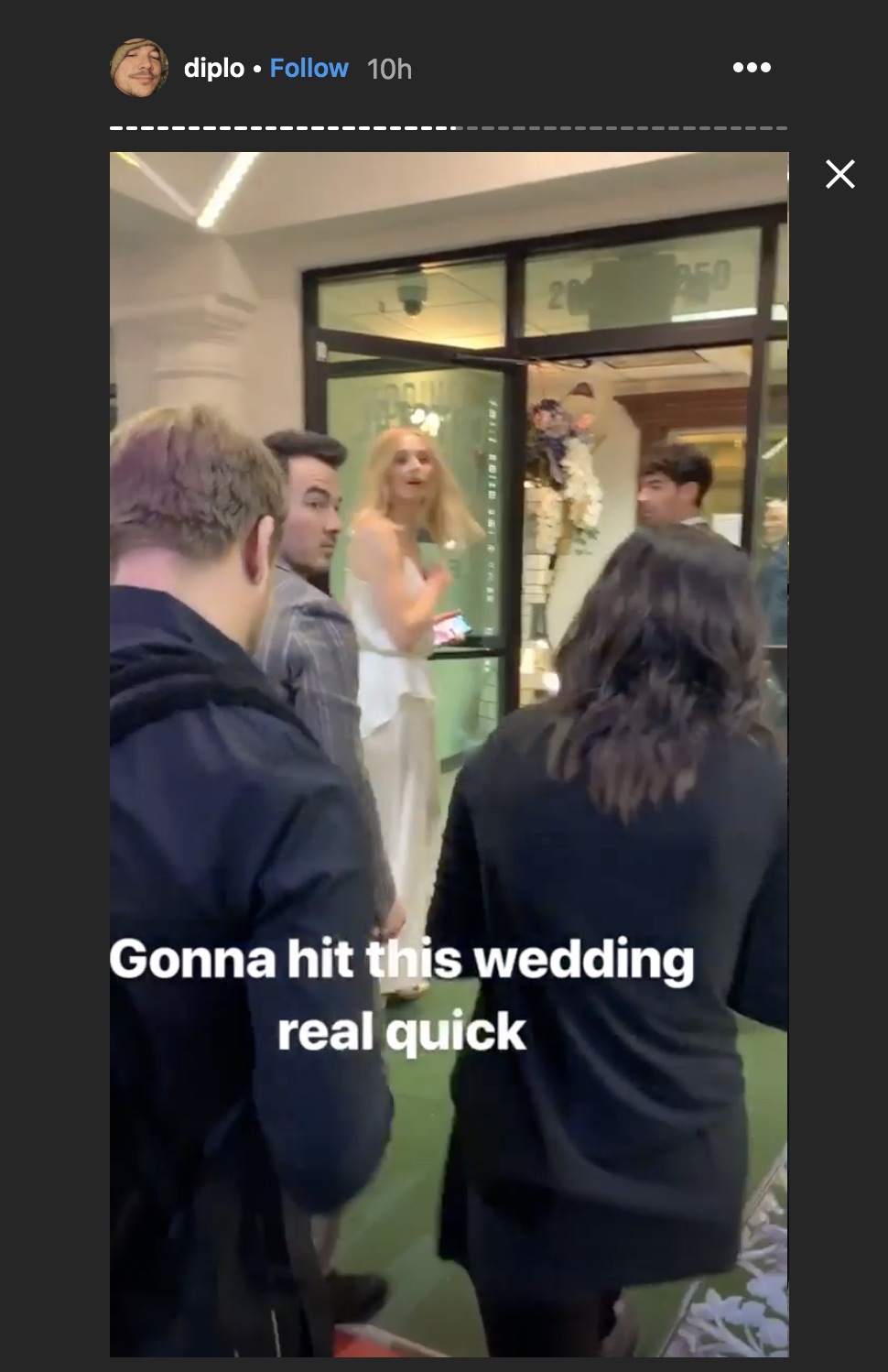 As if a surprise wedding wasn’t amazing enough, the ceremony was officiated by—who else?—an Elvis Presley impersonator, with Dan + Shay performing an acoustic version of their song “Speechless” before the ceremony. 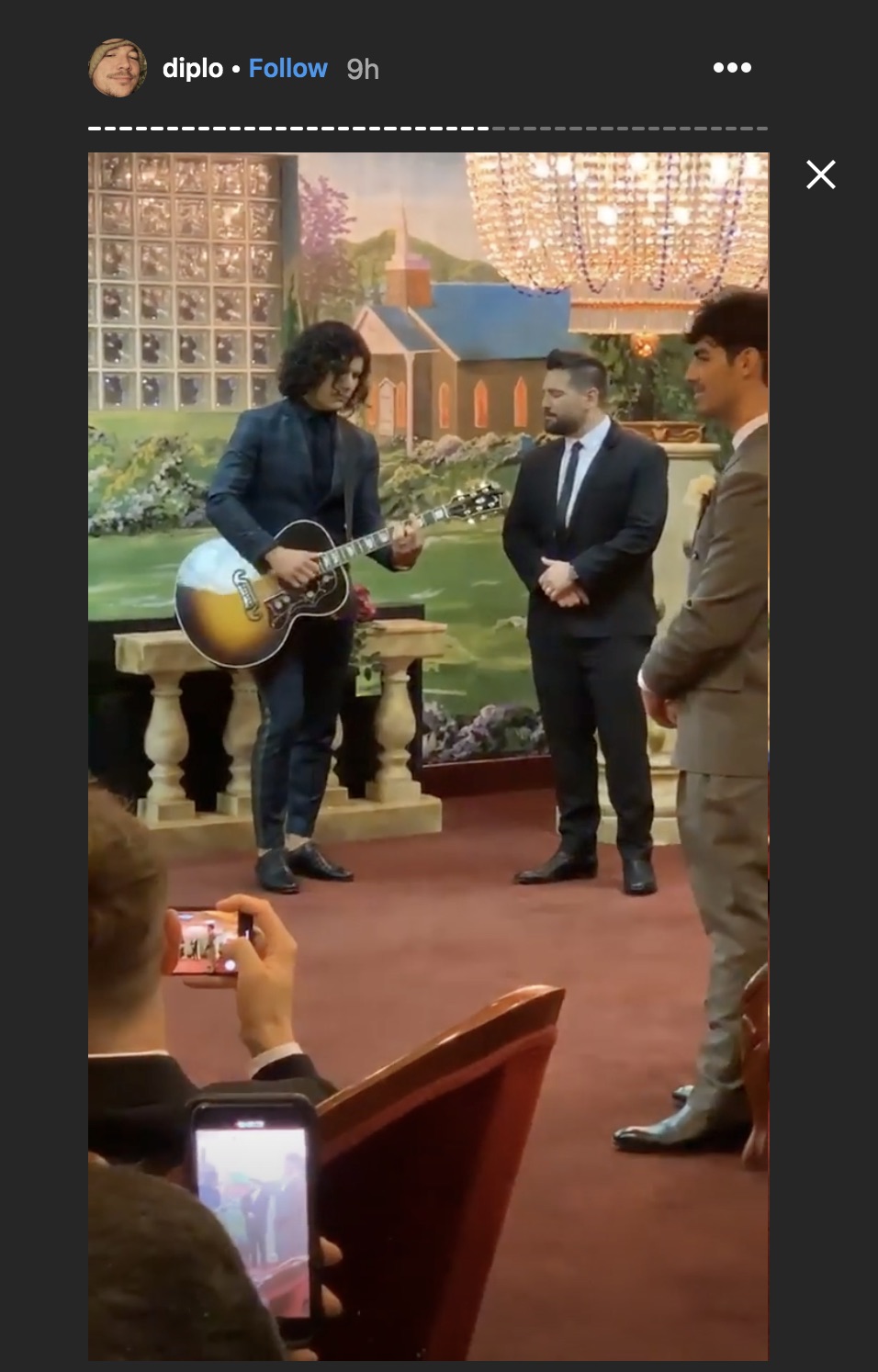 And we even glimpsed Turner in her veil as she walked down the aisle. 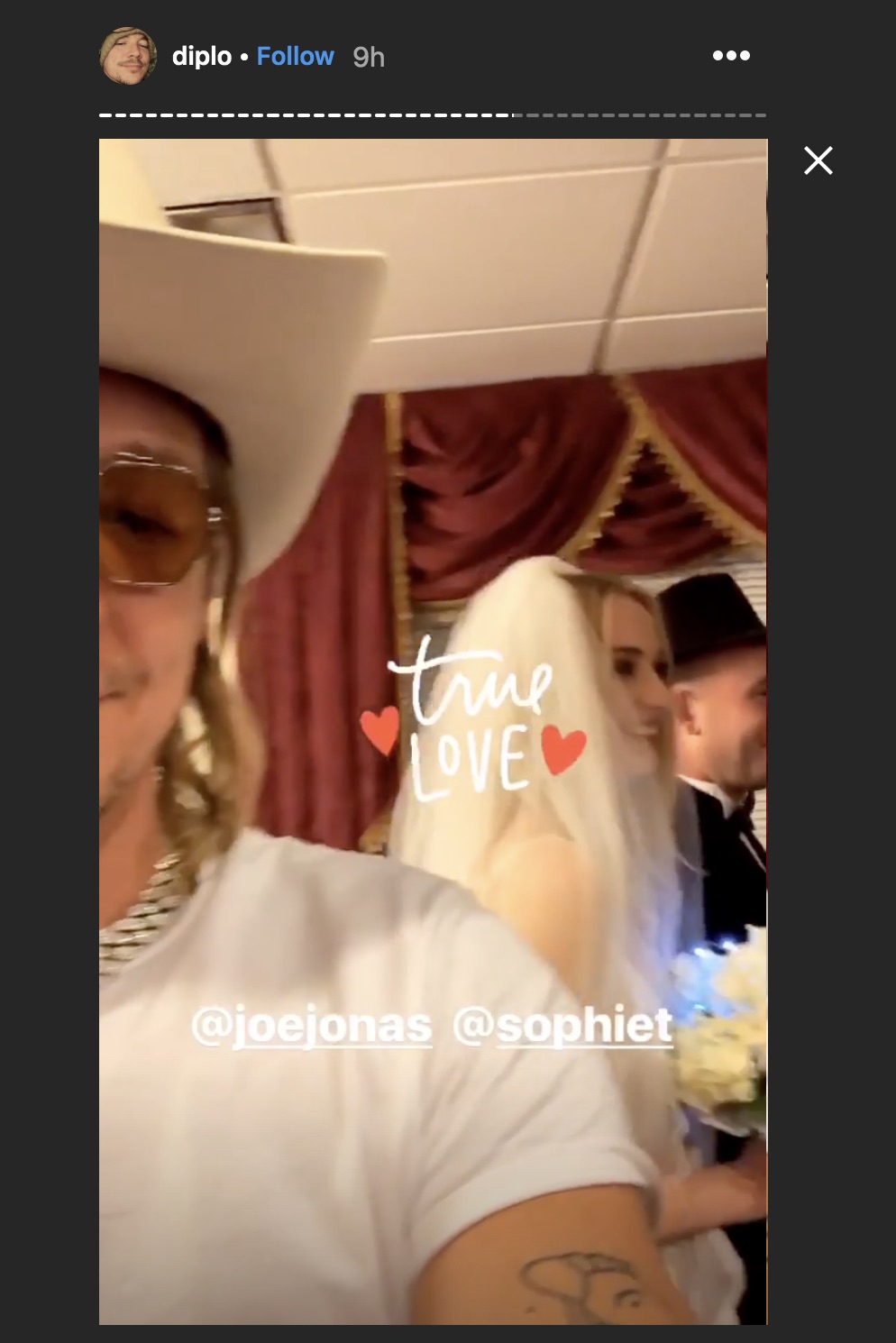 Online records show that Turner and Jonas applied for a marriage license earlier in the day, so it definitely seems like this was a relatively spur-of-the-moment decision.

We’re so excited for these two, and we hope their wedding was nothing short of magical. Congrats, you guys!