Unless you’ve been living under a rock, we all should know about JK Rowling’s Patronus quiz on Pottermore going live a few days ago! Written by Rowling herself, the quiz was designed to help one discover what their true animal-esque guardian is, whether that’s a dolphin, a swan, or a mole. And as if that wasn’t exciting enough, Rowling shared her results with the world. After taking the quiz a couple of times, Rowling settled in delight with her newest result – a heron.

Well, a fan who took the instinct-driven test became a little uneasy about his results.

I mean, we get it, this creature is maybe not the most fear-inspiring, dementor-driving-away of all animals: 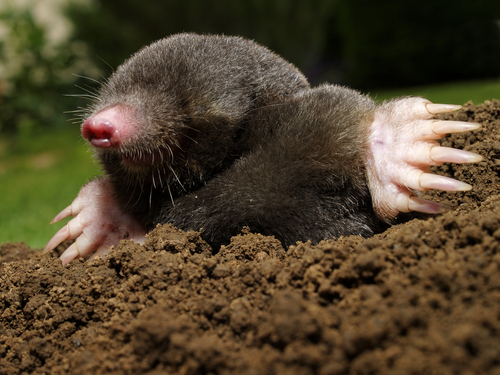 When he expressed his want for his “mole Patronus” to be “secretly awesome,” Rowling responded in the most perfect way!

"You got the Lord of the underworld who brings light to darkness. Of course it's awesome," Rowling tweeted.

Only a great writer could come up with a spin that positive! And we have to agree – having the Lord of the Underworld as your Patronus is pretty freaking cool! One could only be so lucky. Goes to show that there’s magic in every creature – whether Godzilla or a Ragdoll Cat – and whichever animal becomes your Patronus, you should totally embrace it!

Curious to know what your Patronus is? Well, stop what you’re doing and take the quiz! Just don’t be too mad if you end up as a salmon.