My family came to the U.S. from the Soviet Union as political refugees. During their immigration interview, the American embassy in Moscow asked, in broken Russian, why they wanted to leave the Soviet Union.

Without missing a beat, they said they were leaving because of discrimination against Jewish people.

Though riots and hate speech were illegal under Soviet rule, the air was thick with hatred for those who were not inherently Russian: Jews, religious Christians, Romani, Muslims, Kazakhs, and more.

The U.S. brought a lot of promise and hope for my family, but they never forgot the hate that people were capable of.

They encouraged me to find the good in others, but always be wary of revealing too much about my background (specifically, the Jewish part) because of how people might treat me after learning about it.

I wanted to believe that the people I chose to surround myself with were good people who accepted others. My first rude awakening arrived in the last place I would have expected: a house of prayer.

I was visiting my then-partner’s family in rural Pennsylvania over a long weekend. His parents were religious Christians and belonged to a nondenominational, though still evangelical, church. They were on their way to Sunday services. They said it was entirely my choice if I wanted to attend, and I thought that joining them would be a respectful gesture.

As the services began, the pastor came on stage, joyfully reminding everyone that Easter was approaching. I listened intently to the sermon and looked through the pamphlet highlighting the Biblical excerpts he addressed. The pastor had been discussing Moses and the Israelites’ path to Jerusalem, but he kept referring to a tabernacle with Jesus’s image on it. I couldn’t understand why he kept referencing the tabernacle until the very end of his sermon. He pointed out that the Israelites — the Jews — had visions of Jesus in front of them, but refused to accept him as their lord and savior.

What he said next, I will never forget: “The Israelites have suffered for centuries in their journey of Diaspora, in the Holocaust. If they had accepted Jesus Christ as their lord and savior, perhaps they would not have suffered so much. 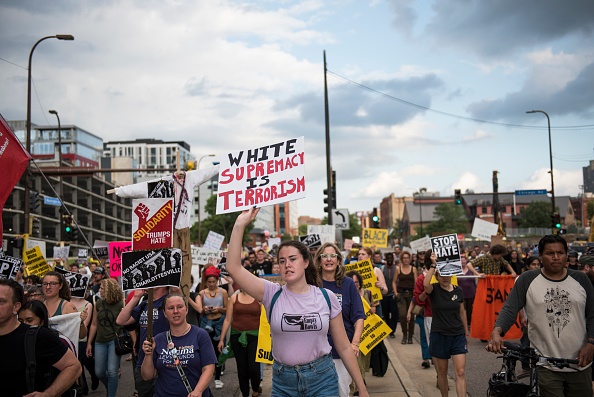 My heart beat so loudly I thought it would burst out of my ears. My chest puffed as if I was screaming in anger, but I was sitting absolutely still. I looked around me, and no one was reacting. Every other attendee, including my then-partner’s family, looked up at the pastor with calm expressions.

All I could think about was how this pastor had told a room full of people that six million Jews probably deserved to die because they weren’t Christians.

My whole body shook and I panicked about my presence there. When people rose from their seats, I dashed out of the church, sobbing. My partner kept apologizing, kept insisting that the pastor had never said anything of that nature before. Later, I learned that his parents hadn’t even understood the gravity of what the pastor had told them; that in all honesty, they hadn’t been paying much attention to the words he was saying. 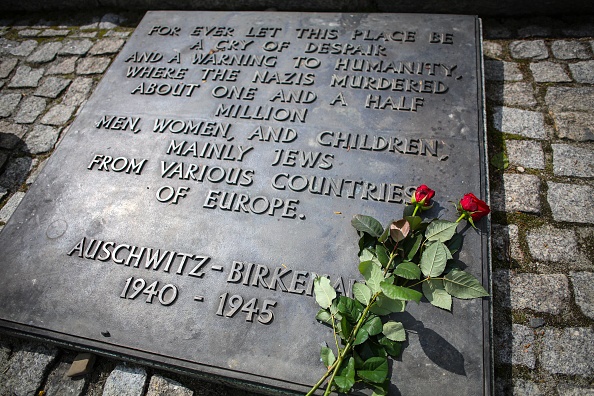 For months, I wondered why I couldn’t say anything, why I kept silent and ran instead of calling out the pastor.

I remembered how, just the spring before, I walked the grounds of Auschwitz-Birkenau with a good friend.

He lived in Warsaw at the time, and had been taking me on a trip through Poland. He was good enough to accompany me to a visit to the concentration camp, despite the fact that he had already been four times. “Nobody should go to this place alone,” he told me.

I felt a very different kind of numbness as I walked the grounds. I was in shock. I was quiet. It was a kind of melancholy that felt distant and introspective. I kept wondering why I was not crying, until we reached a display in one of the rooms that had a collection of burnt children’s shoes under glass. I immediately buckled over.

My friend comforted me as we continued walking, and we reached a monument that honored the victims that had perished at Auschwitz.

The symbol of hope that was etched on the ground was palpable: “Forever let this place be a cry of despair and a warning to humanity, where the Nazis murdered about one and a half million men, women and children, mainly Jews, from various countries of Europe. Auschwitz-Birkenau, 1940-1945.

I felt an incredible sadness, but I did not feel despair. I felt hope as we both stood in front of the plaque. Both our families had suffered in the horrors of the Holocaust, and yet, we were standing here together, our living presence honoring their sacrifice.

My humbling moment was broken by laughter and snickering.

I turned to my right and saw a group of Polish middle schoolers chatting with one another, taking selfies, chasing others around. I stared at them in bewilderment. Did they have any idea where they were or what they were doing? Images of Sergei Loznitsa’s documentary study Austerlitz populated my mind. His film followed tourists at Nazi concentration and death camps, and they were recorded wandering around, chatting, yawning, and taking selfies. They look as if they are visiting any tourist attraction.

I wanted to shout at these children — then I realized they probably wouldn’t understand me. I looked down at the plaque once more.

Who was meant to heed this warning to humanity if not the future generations? 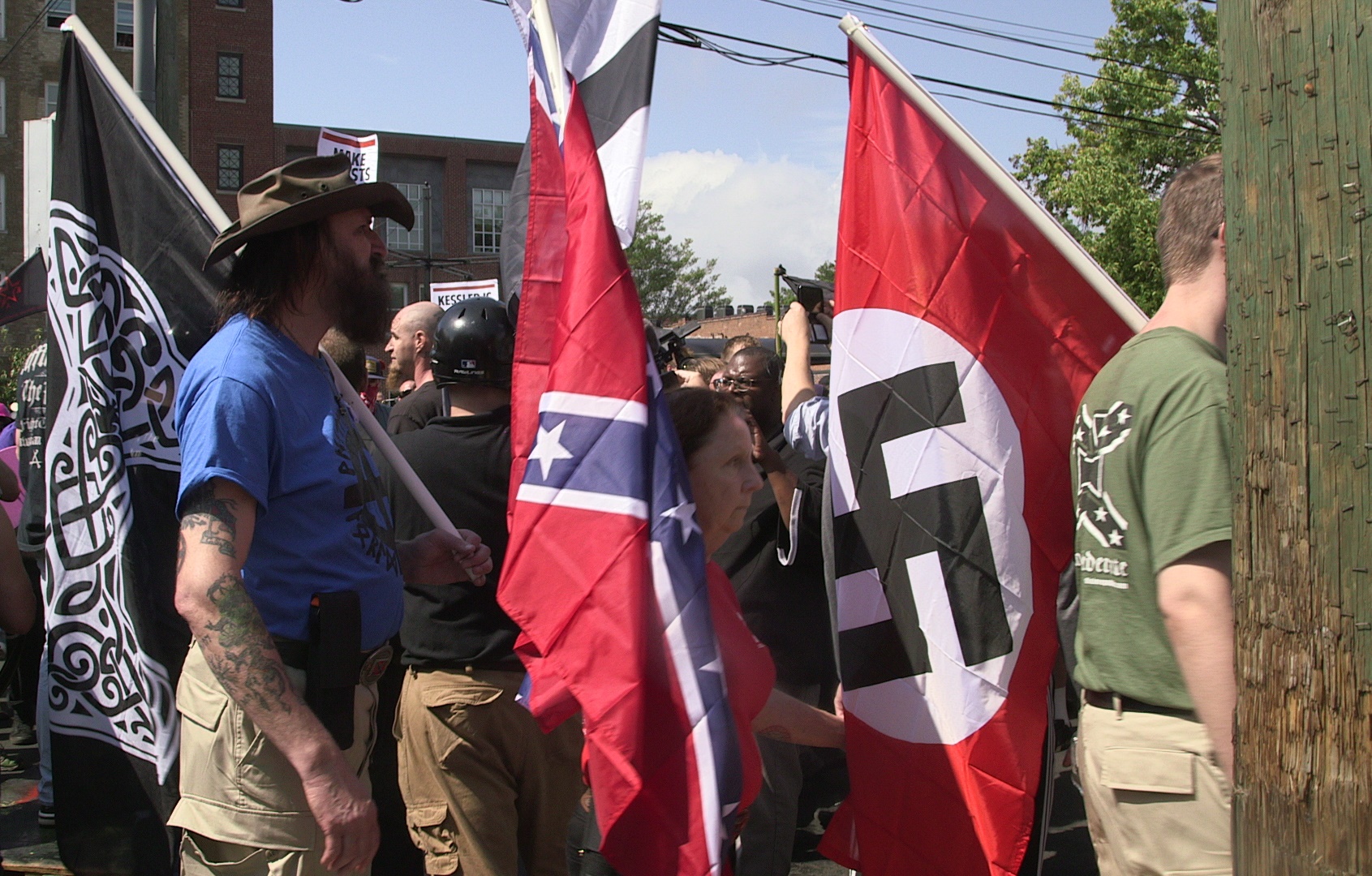 Despite the pastor’s sermon and the middle schoolers’ laughter, I still believed that people were mostly good. I wanted to believe that those who made microaggressive, anti-Semitic remarks did so out of ignorance, and the best remedy for them was education and awareness. Whenever I chose not to speak out, my mind was clouded with images of gas chambers, my ancestors’ cries, and gunshots fired. And so, I had to speak out. I met many other Jewish people who felt similarly about shutting down anti-Semitic rhetoric, shutting down anti-Semites.

People’s hatred began to surprise me less. It became something I was wary of: people having hate buried within their minds.

What did surprise me, and sadden me, was a chance meeting I had at a pub crawl in Budapest. I found myself speaking with a group of Jewish Israelis traveling through Eastern Europe. We chatted casually, then somehow our conversation veered into the recent spike of anti-Semitic attacks across Western Europe, about how Jews were leaving Europe because they no longer felt safe in their homes.

“We have to fight this hate, we can’t just run from it, I said, remembering when I ran out of that church in central Pennsylvania.

The man I spoke to looked at me with melancholy eyes. “What good will it do?” he asked me. “What has changed? There’s still so much hate, even after everything, even after the Shoah.” All he wanted, he told me, was to surround himself with friends and family that would accept him for every part of his culture, identity, and history.

We didn’t look at each other, but nodded in an acceptance and understanding of our resigned fates: me, forever ready to fight back against hate; him, too tired to keep fighting.

I looked around at all the carefree, drunken tourists and stepped outside for some air. We were in the Jewish Quarter of Budapest, surrounded by trendy bars and pubs. I felt caught somewhere between the obliviousness of school children, the words of the church pastor, and the sadness of giving up the fight. 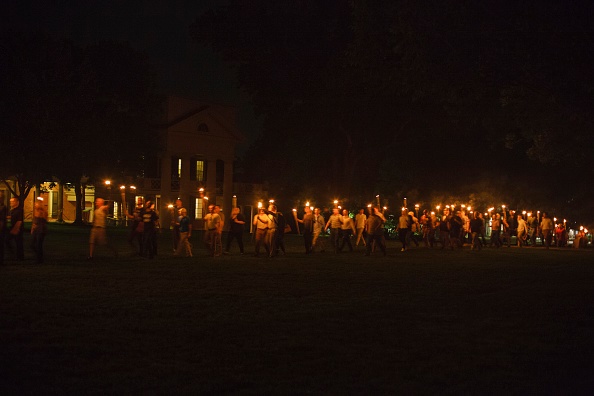 This past Shabbat, this past Saturday, torch-bearing white supremacists led a protest where they shouted racist and anti-Semitic slogans.

Americans responded to this past weekend’s event with disbelief and sheer horror. They couldn’t believe this would happen in their country, and certainly not in 2017.

I believed it. And I wasn’t surprised.