Jeff Goldblum joined the “Jurassic World” sequel, and everyone on the internet made the same “Jurassic Park” joke

Flash forward a few hours later, when I actually sat down to write this said story to publish on HelloGiggles.com. That’s when I saw a few other headlines pop up, all referencing Jeff Goldblum’s line, “life finds a way.” It makes sense. This line is one of the most ~iconic~ lines of the original Jurassic Park. It’s a line heavily quoted today in pop culture, and yes, has even gotten the meme treatment.

In the end, I changed my headline to another Jurassic World pun, and hit publish. Now, flash forward to about 15 minutes ago, when Deputy Editor Emily Popp told me that she liked my Jeff Goldblum/Jurassic World headline, and I was like “lemme tell you, Emily, I almost made another joke, but everyone else was making that joke, so I made a different one.”

And that’s when I then decided to see just how many intrepid writers on the internet made the “life finds a way” joke. 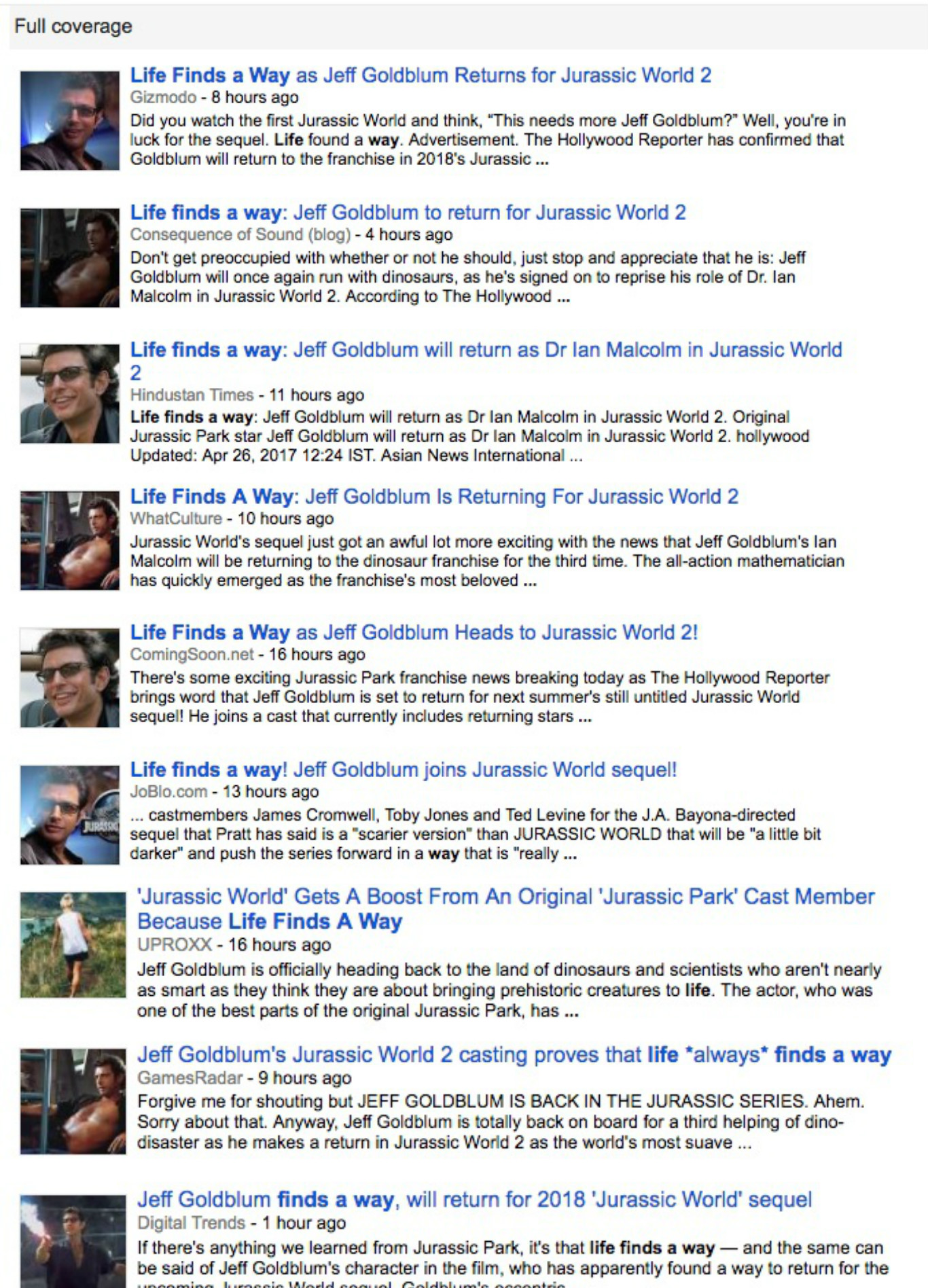 Let’s not even get started on how many times it was tweeted out, but you know what, here’s just a taste:

Listen, I love all of you out there on the internet, I really do! But our Jeffrey does have a few other lines in Jurassic World, you know. He says things like: 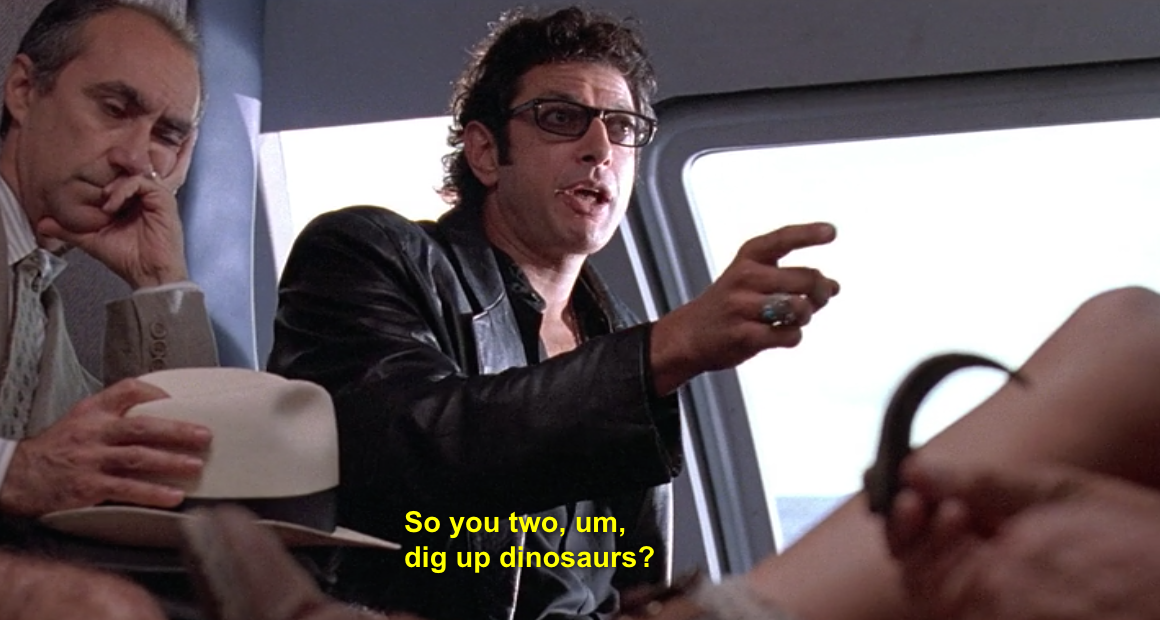 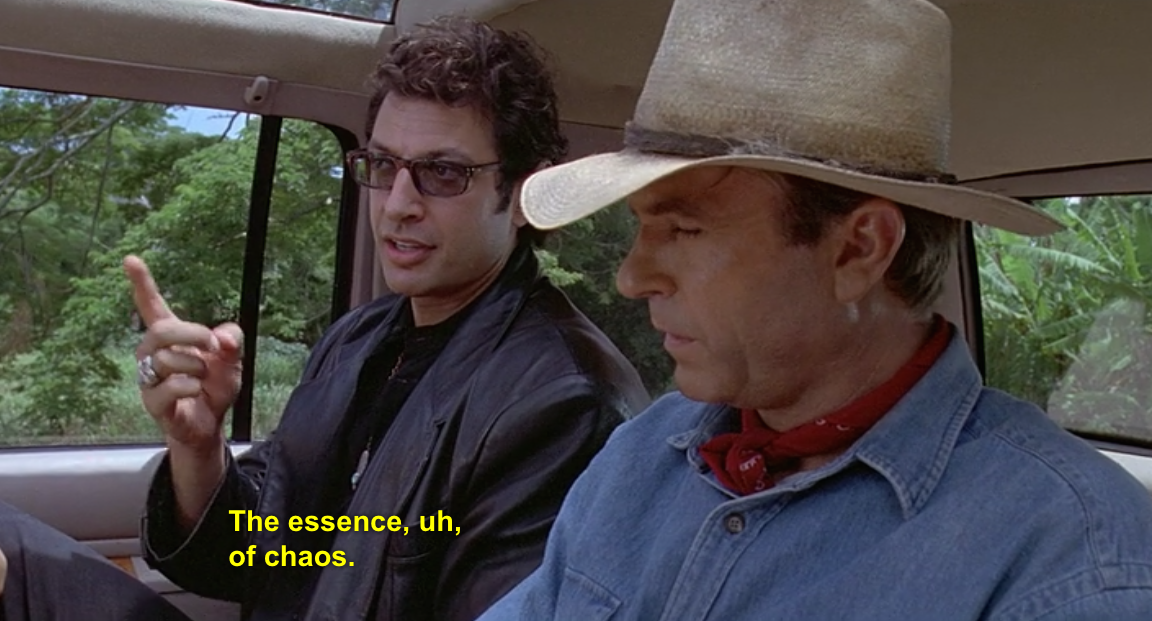 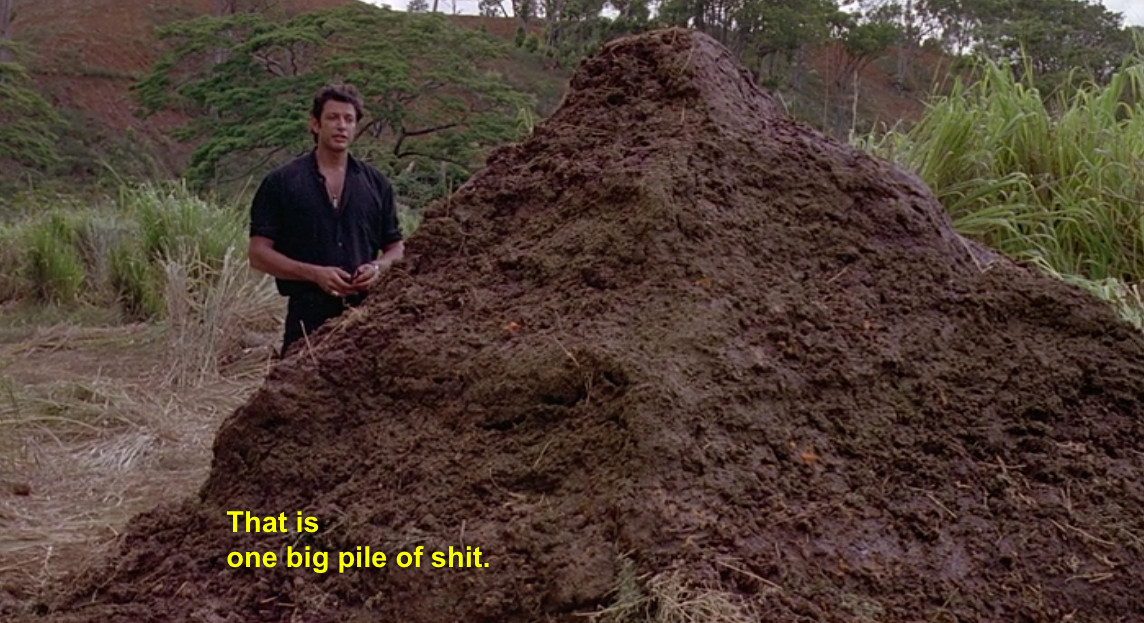 And that’s just a small taste (if you want a bigger taste, you have four days because Jurassic Park leaves Netflix on May 1st).

So in conclusion, people are real big fans of Jeff Goldblum, and also his “life, uh, finds a way” quote. The more you know ?.