How a book about jealousy helped me cope with mine 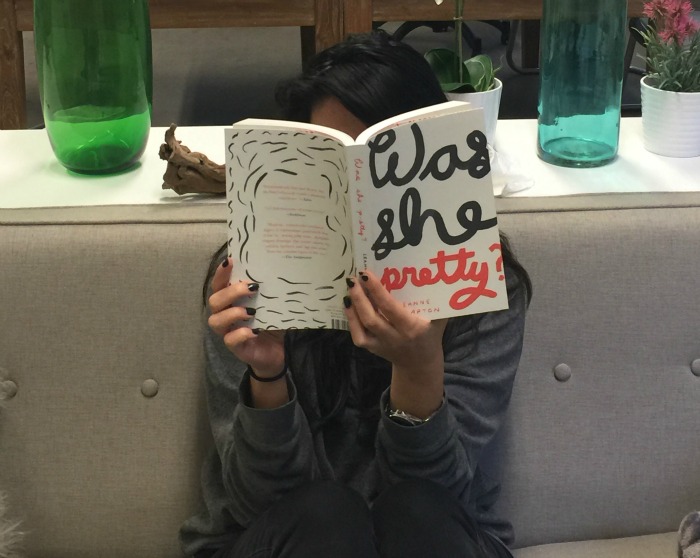 From certain angles, I look like my partner’s ex.

I know this, because early in our relationship, a quick scroll through his Instagram almost immediately became a trail of breadcrumbs that led me straight to her face. We have similar features: Full lips; dark, wavy hair; angled cheeks; big, brown eyes. We’re far from twins, but in certain pictures, there’s a definite resemblance — and the first time I saw her, I was absolutely horrified.

Like any mildly jealous person is wont to do, I assumed the worst. Was my boyfriend using me to get over her? Was I just a placeholder until he could get her back? Did he have a fetish for ethnically ambiguous Asian women? I was in the healthiest and happiest relationship of my life, but suddenly, I found myself questioning it.

Around this time, I got an email informing me that Leanne Shapton’s Was She Pretty? was being re-released in paperback. For those unfamiliar, Was She Pretty? is the ultimate illustrated ode to jealousy: In essence, the book connects one person’s envy about a former lover to that former lover’s envy for another, and so on. The graphic novel features a taxonomy of exes and the all-consuming thoughts that bloom once we start to dwell on them — and it’s unbelievably relatable.

Even the title of the book — Was She Pretty? — gets at the incessant, obsessive, and repetitive nature of our thoughts surrounding jealousy. It’s the unknown that scares us (“Was she pretty?”), and we rush to fill in the gaps (“Yes.”). I devoured the book in a couple hours, and instantly felt a sense of relief. It was exactly what I needed to read, and offered some very unexpected lessons on life and love. 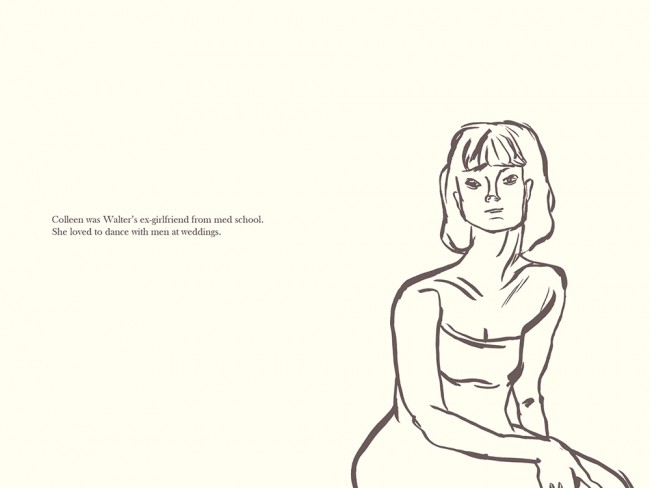 As proven by Was She Pretty?, jealousy is nuanced, torturous, and often illogical. While reading the book didn’t cure me of my feelings, it instead did something much bigger: It validated them. I found that I wanted to pick Shapton’s brain less because I was curious about Was She Pretty?‘s origins, and more because she seemed to hold the key to curing jealousy itself.

“I usually found that at the beginning of relationships, I would be quite jealous of the women who came before me and be very morbidly curious about them,” Shapton told me over the phone. “And this would just happen again and again… And then I just sort of noticed the pattern, and how it can get destructive. And it’s not a good feeling — you know what it’s like to feel jealousy. And so I started to draw about it and write about it and talk to other women about it, and that’s how the book came about.”

As Shapton describes it, Was She Pretty? is more or less “a curation of nightmares” — but its appeal lies in how relatable these nightmares can be. Truthfully, jealousy is part of what makes us feel human: It can either help us feed our self-doubt or scare us into working harder towards an ideal that may or may not exist. Jealousy is a masochistic, self-inflicted pleasure that reminds us of just how awful we’re capable of feeling. Obviously, this isn’t always healthy; but sometimes, it can be thrilling in its own way.

I have always been open and honest about my feelings with my partner, but bringing up my feelings about his ex felt weirdly embarrassing. Jealousy is never a good look; and women, in particular, are taught to be “chill” at all costs lest we come off as crazy just for having basic human emotions. But Was She Pretty? gave me a gateway to talk about my jealousy with him, and in exchange, I discovered something surprising: He gets jealous, too.

The last time we talked about it, my boyfriend confessed that he’d stumbled upon one of my exes via Twitter, and had concocted a ridiculous, whirlwind romance between us in his imagination. I couldn’t help but laugh. This whole time we were so busy tearing ourselves down and building our exes up, that it had never occurred to us to get outside of our heads and talk about it with each other. 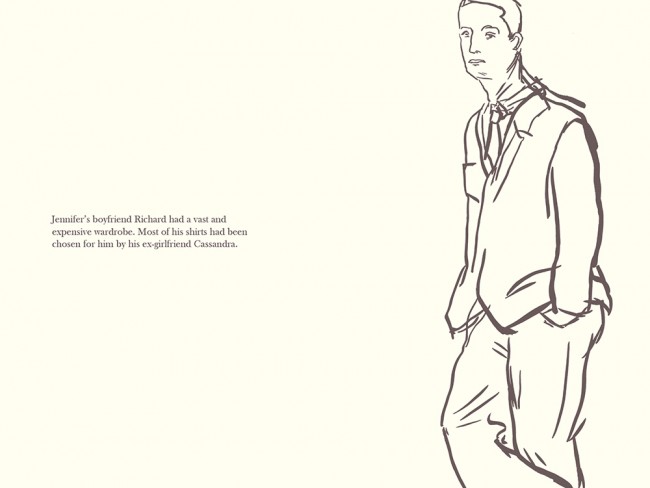 Now, I know my boyfriend’s side of the story, and his ex doesn’t have a hold on me like she used to. I know about their beginnings and their shitty, dragged out end. I know about the sweet arcs of their love just as intimately as I know its darker sides. I know why he will never date her again.

But while this particular ex has become the mascot for my jealousy, it’s safe to say she’s merely the figurehead for something much bigger. I’m biased, of course; but my partner is attractive, talented, kind, and funny. He’s an endlessly warm and optimistic person, and has therefore attracted some wonderful partners over the course of his life. I’ve seen a few of them, and each time I can’t help but wonder what the heck he’s doing with me. Luckily, Shapton was there to save me from myself.

“Just like a figment of your imagination, just one little picture from Instagram — it isn’t reality, it’s almost always a fiction and a fabricated moment that’s sent to you to make you think or imply something or infer something,” she told me. “It’s all very weird.”

I’ve never met my partner’s ex, but she seems pretty cool. In truth, she reminds me of most of my Internet friends: Smart, funny, critical, confident. She’s pretty — maybe prettier than I am — but I know on a deeper level that I’ve built her up into something she’s not. My idea of her will never perfectly align with the reality of her; and that’s a relief, because I would never be able to compare. 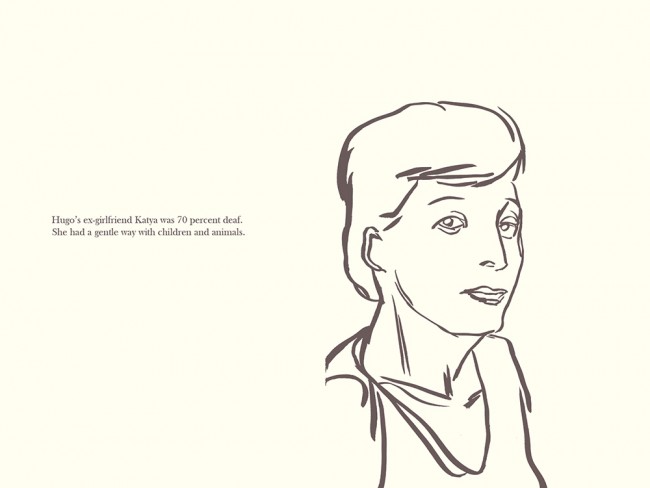 When I asked Shapton if she had learned any tips for coping with jealousy through writing, illustrating, and researching the book, her answer was surprisingly poignant.

“It’s just taming the beast of the imagination,” Shapton told me. “Don’t avoid it. Don’t ignore it. Dark feelings are just as valid as bright, happy feelings. Don’t pretend they’re not there.”

Ultimately, my jealousy isn’t really about my partner’s ex, but, like all forms of jealousy, about my own problems with myself. I know this, and maybe I’ve always known this — but Was She Pretty? was there to help remind me.

You can purchase the book for yourself right here.