Jamie Foxx dodged a question about Katie Holmes by walking out of a live interview, and we don’t blame him

Sometimes the best thing to do is to walk away. Especially if you’re Jamie Foxx and don’t want to answer a question about your dating life. The actor was being interviewed at the 2018 NBA All-Star Celebrity game when the topic of his Valentine’s Day with Katie Holmes came up. The pair had been photographed playing a Valentine’s Day basketball game, so it makes sense that Foxx was asked about it only a few days later. But that doesn’t mean he wanted to answer the question — and he made that perfectly clear.

ESPN SportsCenter host Michael Swift asked the fateful question before the celebrity game started. “And I know you’ve prepared because I saw pictures,” Smith began. “Did you and Katie Holmes play basketball for Valentine’s Day? Like some real Love & Basketball?”

Instead of giving a response, Foxx simply took off his headset, ending the interview right there and then.

We don’t blame Foxx for walking away from the question. The pair hasn’t been super public with their relationship, and Foxx was obviously there to talk about basketball. 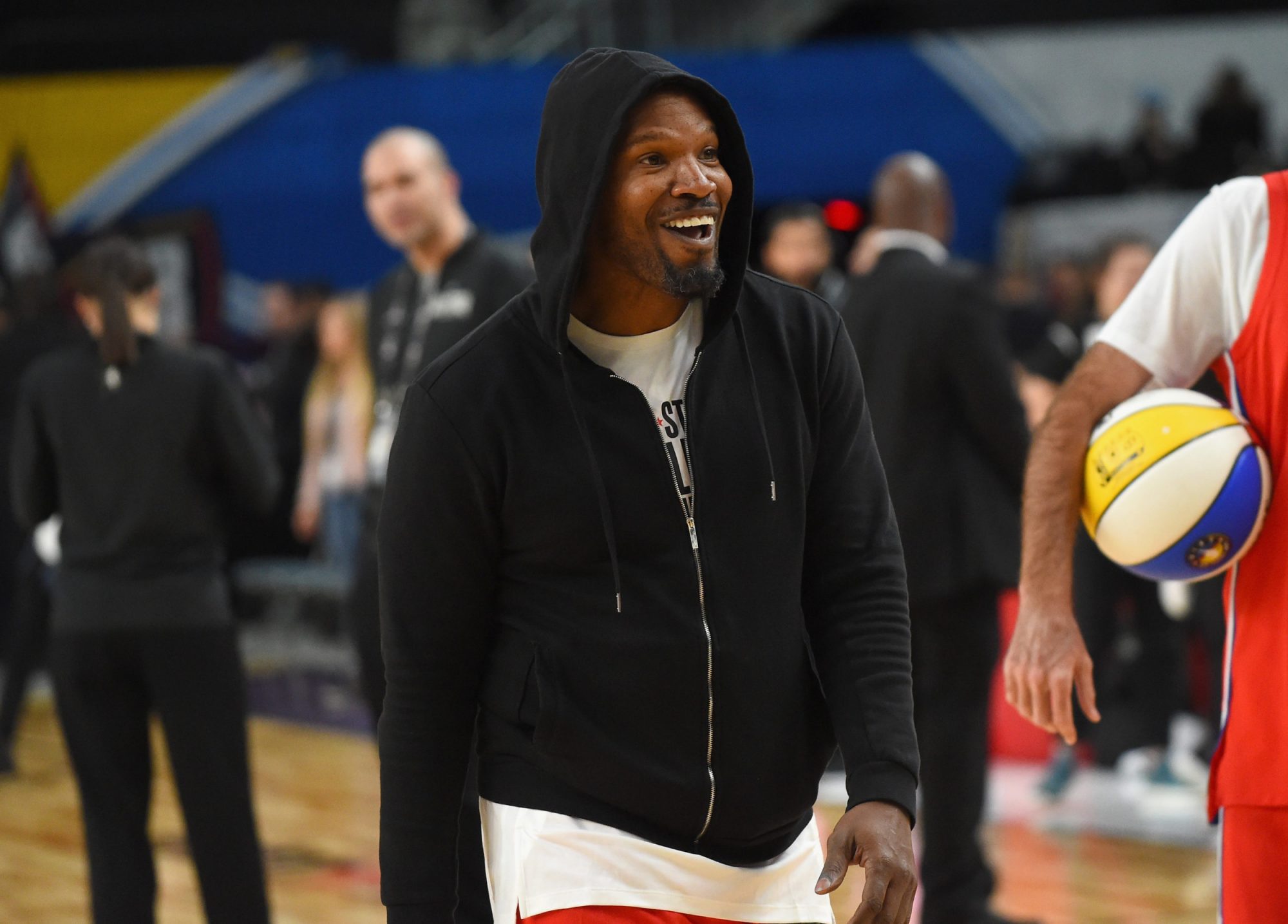 Here’s the thing: Jamie Foxx doesn’t have to answer questions about his personal life just because he is a celebrity.

We totally get it. Sometimes you don’t want to talk about your significant other. Foxx and Holmes are so high-profile, so it makes sense they’d want to keep things private. Having your relationship — and even your hairstyle and fashion choices — constantly in the spotlight can be difficult and tiresome.

Luckily, Foxx was still able to have fun at the game. His Team Clippers took down Justin Bieber’s Team Lakers with a score of 75-66. Sorry, Bieber fans — at least you still have his reunion with Selena Gomez to be happy about.