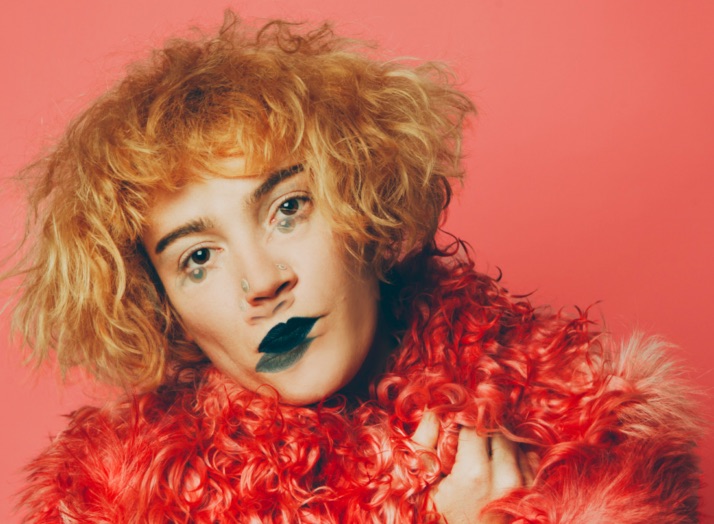 When non-Aussies think of Australia, a few things come to mind: Kangaroos! The Great Barrier Reef! The Hemsworth brothers! But the world’s only island continent is also a hotbed of musical talent, from country (Keith Urban) to pop (Sia, Kylie Minogue) to rock (AC/DC, INXS).

Jaala doesn’t fit into these set musical genres, instead carving out a totally unique sound that straddles, blends, and explodes genres. The four-piece makes eerie but magnetic music — powered by lead singer Cosima’s voice, which has been compared to “a punkier Amy Winehouse or Jeff Buckley,” Jaala mixes soul, jazz, and rock influences into intricately layered arrangements, which oftentimes feature uncommon time signatures (AKA not the steady 1-2-3-4 of most radio music), just-shy-of-dissonant harmonies, and Cosima’s slinking vocal melodies.

The band’s debut album, Hard Hold, covers a mélange of topics: Heartbreak, home, and hardship. HelloGiggles spoke to Cosima about the band’s first-round influences and what’s to come.

HelloGiggles: I’m a huge Hiatus Kaiyote fan, and know that one of the band’s members helped produce and record this record. What is it about Australia’s music scene that’s breeding these gorgeous, innovative neo-soul sounds?

Cosima: Yes, [Hiatus Kaiyote member] Paul Bender produced and mixed the album. He is an incredible musician and long-time friend; we really lucked-out having him involved.

Australia is a strange and magical continent, so I think its only natural that it breeds the weirdo-nerds that it does. I’m not sure if I would classify a band like Hiatus Kaiyote “neo-soul,” I think they fit more inside of “majestic/experimental/wizard-grind jazz” or something like that. I’ve never really listened to much jazz or soul so my ears may be a bit unseasoned. There are many intriguing music communities in Melbourne, and it’s pretty exciting considering how small the size.

C: Björk, Jeff Buckley, Bob Marley, Nick Cave, and Martha Wainwright are some of the vocalists that I listened to growing up. Mostly, I just listened to the radio because that was all that was really available.

I’m not fussed really when it comes to genres, as long as there is something about the music that captures my attention. It might sound a little abstract but if the music doesn’t feel honest, then I don’t believe it; it’s got to feel real for me otherwise I can’t engage. I think thats why I dig Björk and Jeff so much; their songs are quite personal and emotional at times, and I think that takes a hell of a lot of courage.

HG: For your latest video, “Salt Shaker,” you trekked out to the desert. How deeply does the desert/water comparison influence your music?

C: “Salt Shaker” was filmed on some sand dunes by the ocean in South Australia, a beautiful place called Discovery Bay. I grew up near the sea, so it does have a special place in my heart, mostly because it is such an unruly force. I’ve been dumped pretty hard before when I was a cadet Surf Lifesaver and I’ve been stuck on a boat in a heinous storm. It’s dangerous, but it can also nourish you and cleanse you of your bad feels.

HG: On many of your songs (“Order” especially), there are a lot of breaks and odd time signatures. When you’re writing a song like that, are you writing all of these melodic diversions out, or does the band improv and riff until they hit an iteration that’s ready to be recorded?

C: I have to be alone when I write, and I come to the band with completed songs (on my end, the other members write their own parts). Except for a song called “Ticket”; Loretta wrote the bass line for that which serves as the backbone for the majority of the song. Perhaps in the future things may change, recently some new ideas have come about just from messing around and being silly at rehearsal.

I find it hard to avoid making the songs complex rhythmically. I have a pretty short attention span and I get bored easily, maybe that has something to do with it. Sometimes it’s a bit hard to keep within traditional song structures, verse then chorus etc, because I can see the songs being a map: I want to get to the destination; I don’t want to keep back-tracking, so to speak. Even if I do return to a chorus, I like there to be some variation.

C: In 2016, we would like to see some of the world, play lots of gigs, write and record another album and make more video clips. It would also be fun to collaborate with artists from varying disciplines.

This interview has been edited for clarity.