Not that we were expecting anything less, but Issa Rae just dazzled the 2018 Emmys red carpet in her ice blue jumpsuit. The Insecure star skipped the ballgown dress and opted for a pants ensemble instead, complete with a jewel-encrusted top and flowy train. She kept her accessories to a minimum, wearing crystal drop-down earrings, a silver ring, and rhinestone watch.

The actress is nominated for Best Actress in a Comedy Series for her role in HBO’s Insecure. This past weekend (September 16th), Rae threw a yacht party celebrating not only her nomination, but her fellow Black colleagues, who were either nominated for an Emmy or who are breaking the mold in Hollywood. As Rae has said before, she’s “rooting for everybody black.”

On Monday, September 17th, Rae looked like a modern-day Cinderella in a sky blue jumpsuit. 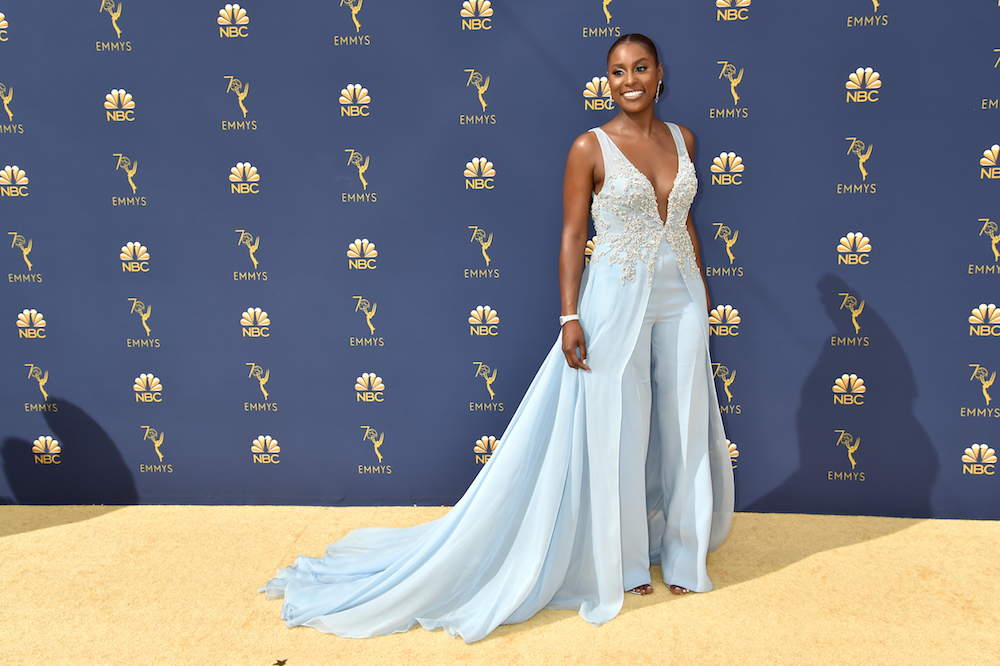 Rae is wearing Vera Wang, and last year she also wore a custom gown by the same designer.

A closer look at her ensemble. 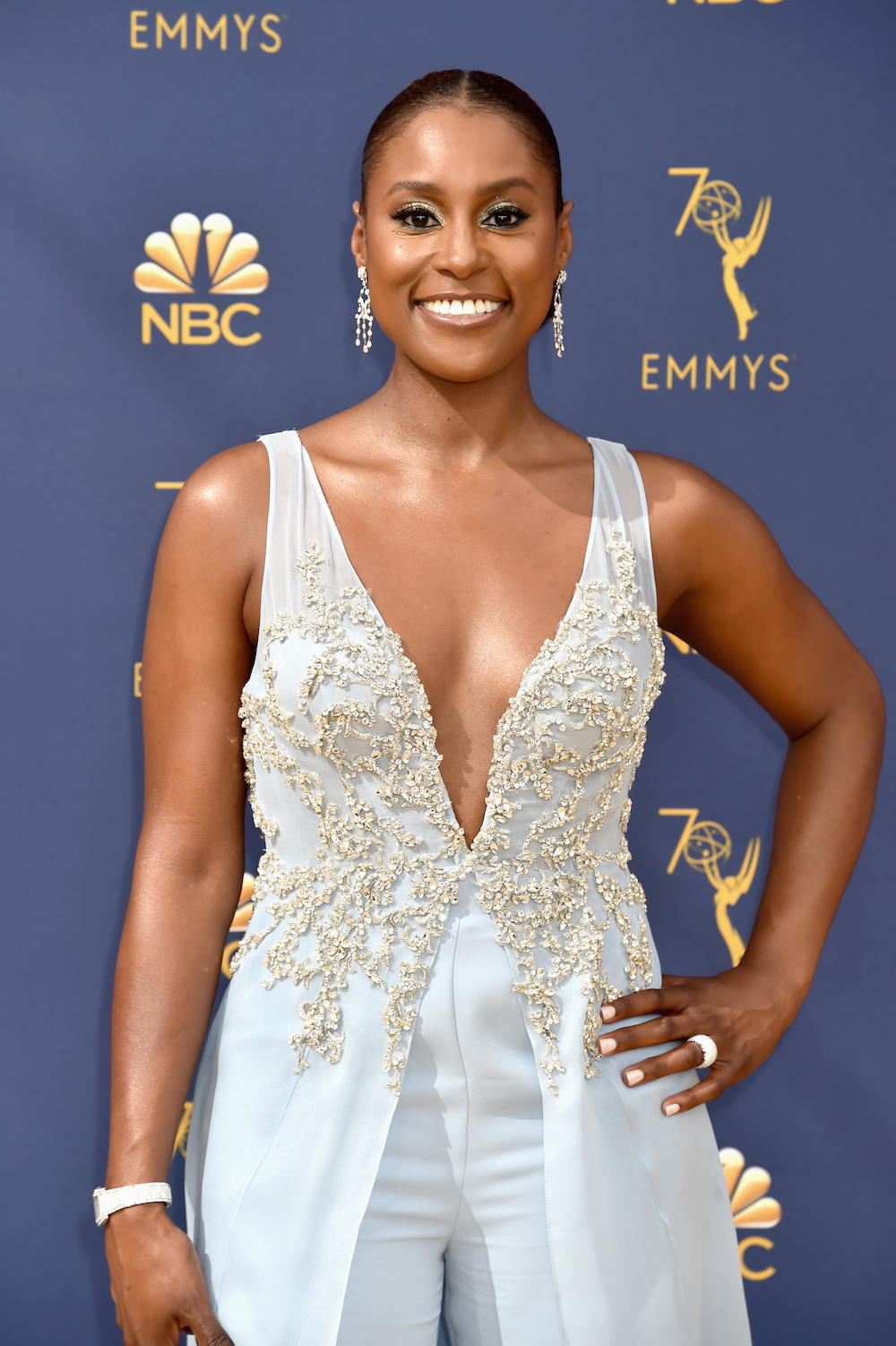 She told E!’s Giuliana Rancic that her outfit features “3,000 crystals.”

The deets on Rae’s glam. 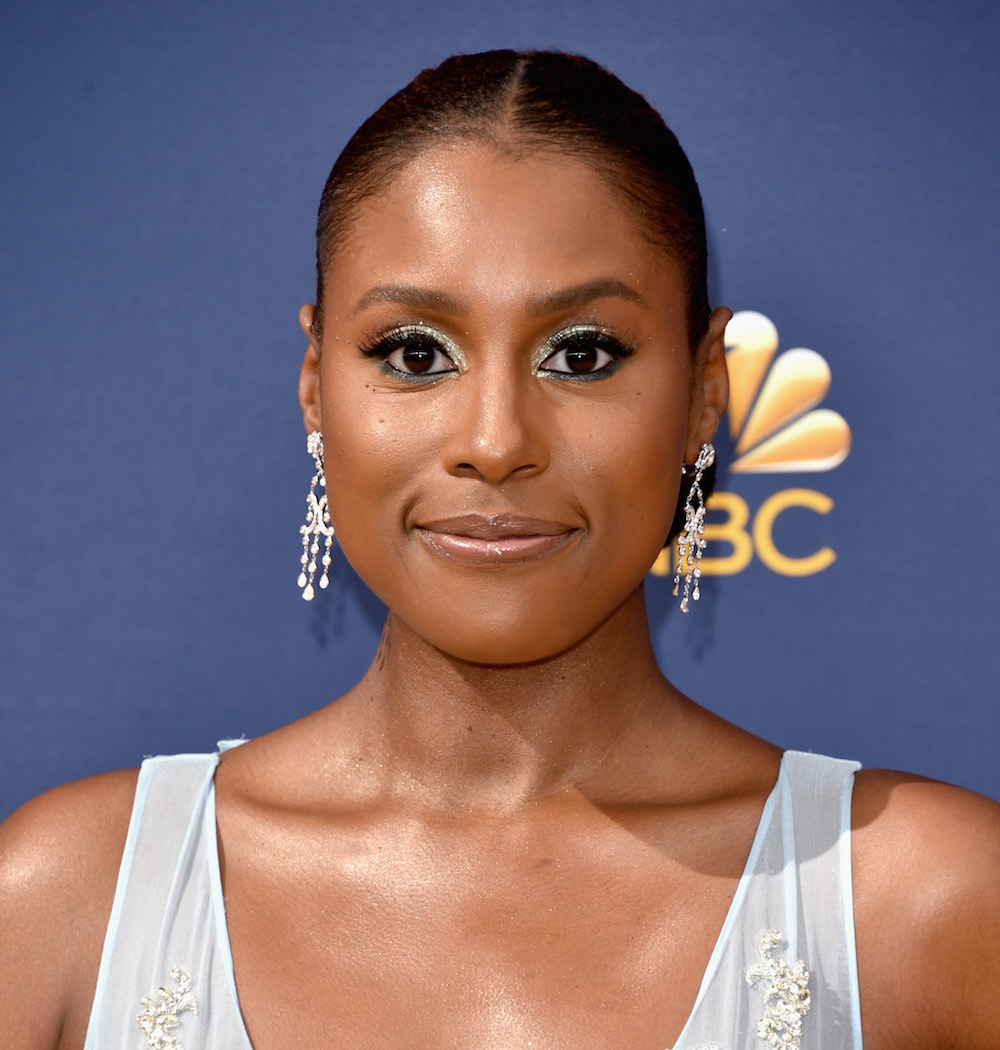 The best part about Rae’s show-stopping lewk is the fact that she is wearing drugstore makeup. That’s right. The Insecure actress wore mostly CoverGirl products, including the lipstick shade Streaker ($5.94) and eyeshadow from the TruBlend Super Stunner Palette in It’s Lit ($9.98), according to a press release sent to HelloGiggles. Rae’s makeup artist, Joanna Simkin, also teased some of the products she used on the star on Instagram.

Celeb hairstylist, Felicia Leatherwood, dreamed up the simple yet stunning hairstyle. She captioned her photo, “I’m all smiles in @issarae’s glam session for #EmmyAwards today!!! I love creating looks on her beautiful kinks and curls. I can’t wait for you all to see the finished look on the red carpet.”

The only thing that can top this ensemble is if Rae takes home the Emmy tonight.