International Women’s Day began as a strike, so women in the labor movement told us how to honor its roots

One hundred and ten years ago, thousands of women working in New York City’s garment factories, many of them Jewish immigrants in their teens and 20s, came together for the “uprising of 20,000,” in which they demanded improved working conditions in shirtwaist factories. This 11-week general strike was the largest women-led labor strike in American history, drawing attention to low wages, unsafe workplaces, sexual harassment, and women workers’ right to unionize. The women won many of their demands, including a drastic change in labor union leadership that led to more women in power.

While International Women’s Day began as an anti-capitalist holiday focused on improving workers’ rights, it has since been co-opted by marketable white feminism. On International Women’s Day every year, I see the mediasphere dominated by stories of women who all fit the same mold: wealthy cishet white women who “have it all,” or so they say. They’re CEOs, celebrities, politicians—people with social and political power. Of course, women today can be—and very much are—in positions of power, but these IWD spotlights don’t represent the working class women who shaped the origins of the holiday.

Very rarely do today’s mainstream IWD stories feature radical, anti-capitalist narratives of women leading social movements like the uprising of 20,000—many of whom are women of color, disabled women, and/or transgender women of all different ages. This contradiction isn’t a coincidence, because the holiday today is so far from what it was intended to celebrate and symbolize. By design, capitalism was created to benefit wealthy white people, prioritizing men before women, non-binary people, and gender non-conforming people. So within our current socioeconomic and political system—which is built off genocide and human trafficking at the expense of Indigenous and African communities—it’s impossible for International Women’s Day not to have been co-opted and warped.

So how can we celebrate International Women’s Day in a way that pays homage to its roots?

“Find the nearest teacher picket line and join it. While my union, The Teamsters, took a step backwards by imposing a contract that we [had] voted down, teachers, nurses, hotel workers, and other industries organizing around #MeToo are leading us forward. Like so many times in history, the labor movement is being radicalized by women-dominated workplaces and issues.”

“We can celebrate the strikes that have occurred in industries where the workforce is primarily dominated by women, such as nursing, teaching, and social work, among many others. We can also celebrate the labor of other women workers who dare to flip a male-dominated industry into an industry that accommodates women, such as construction workers. It’s important to recognize that the work of women is in itself an act of resistance, and furthermore, the organizing of women in the workforce is in itself an act of self-love and empowerment.”

“Given that IWD is rooted in what was once called National Women’s Day—which began in the U.S. in 1909 in honor of the thousands of women garment workers who’d gone on strike the year previously for better wages, the right to form unions, and the right to vote—one way to pay tribute to that legacy of militant action would be to lend support to today’s garment workers, many of whom currently face some of the very same struggles that plagued their predecessors a century before. Do some research and give your money directly to worker-led advocacy organizing efforts (and do your best to only shop with brands and companies that pay their workers a living wage).”

Anne Kirkner, Co-President of the Graduate Employee Organization Local 6297 at the University of Illinois-Chicago

“Celebrate the true spirit of International Women’s Day by organizing with other workers. Remember the power of mass protest and especially the strike. A large-scale strike could close the gender pay gap and win paid parental leave.” 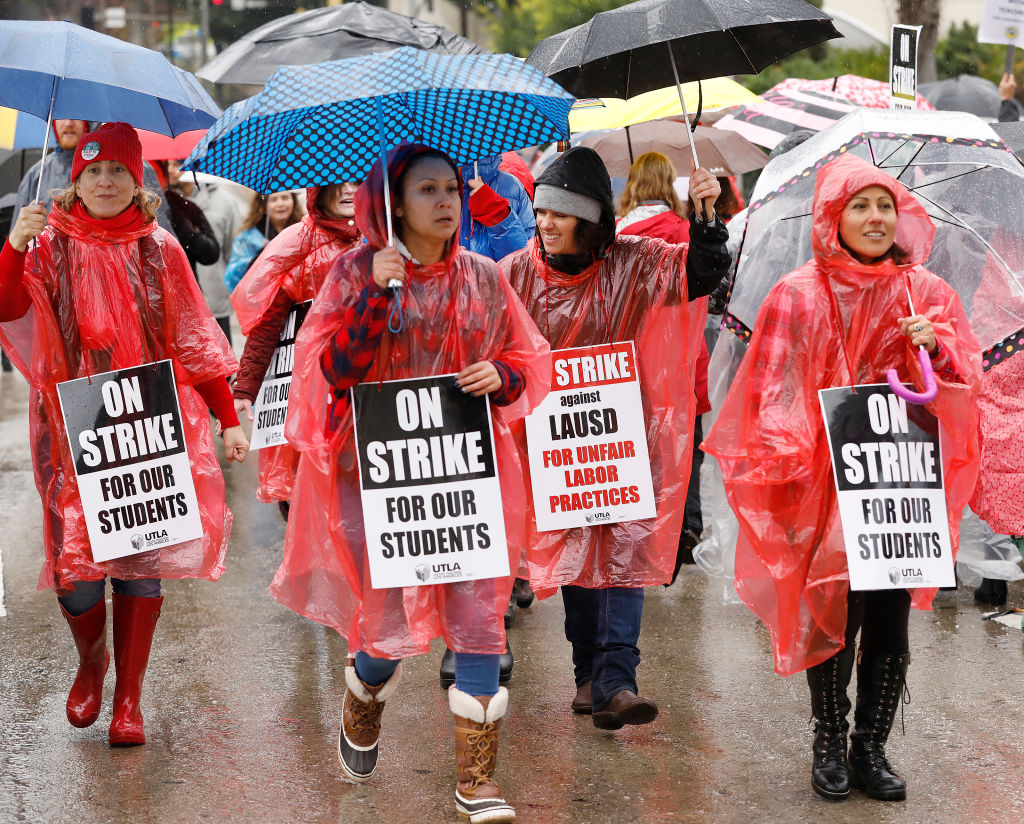 Liss Waters Hyde, International Labor Organizer for the Industrial Workers of the World

“International Women’s Day is a strike day—a strike from both paid and unpaid labor. Take the day off of work, taking the time to talk to your boss and coworkers about the reason you’ll be out; abstain from any unpaid domestic or volunteer labor by coordinating a hand-off of the work with male friends or family members; participate in local IWD events where you can meet other supportive women and allies. Taking action may be difficult for a lot of women to do—it might feel like shirking your responsibilities—but it helps bring visibility to the various work that women do on a daily basis and raises awareness of the larger issues faced by women.”

“In a world full of performative progressiveness and consumerism cloaked in social justice, the best way to celebrate International Women’s Day is to take up the torch of its founders who were themselves socialist feminists and labor organizers. Learn our proud history of international worker solidarity. Listen to, learn from, materially support, and organize with your fellow workers, both in your community and from around the world.”

“The most important thing we can do…is tell our story. Talk about how women are not only powerful in their own rights as individuals, but work with women in their communities. [In education,] we’re responsible for teaching the future, but that comes with low wages and poor working conditions. Give poor working women a platform to tell their story. It’s important to note the lack of respect for teachers, and it is, in my opinion, because we are women. We aren’t brought to the table for legislative or policy decisions.”

“We have to consciously be building a labor movement that is intersectional and incorporates whole worker organizing. Shifting from just fighting for bread and butter issues like wages to a holistic approach that incorporates social issues like Black Lives Matter, queer justice, and the school-to-prison pipeline. Unions need to take a very intentional stand connecting the issues of the labor movement to the broader [systemic] crisis currently facing our communities.”