If you woke up today still feeling weary about the state of politics in America, you are not alone. With reports of the racist acts and violent threats occurring just days after Donald Trump was announced as the president-elect of this country, it goes without saying that many Americans are very afraid.

While those unhappy with the election results can certainly still have their voices heard by donating to important organizations and getting involved by volunteering, it is also important to practice self-care. It is clear that many, many hearts are hurting right now, and like a glowing silver lining, artists and creators are putting out messages of unity and love to help heal some very deep wounds.

One such website is this interactive art piece, which sends a powerful symbolic message light shining through the darkness. It is essentially a story about the danger of succumbing to darkness, and the power of light joining forces to defeat it. It reminds us of this Leonard Cohen quote: “There is a crack in everything. That’s how the light gets in.”

“Alone in the darkness, there is a light.” 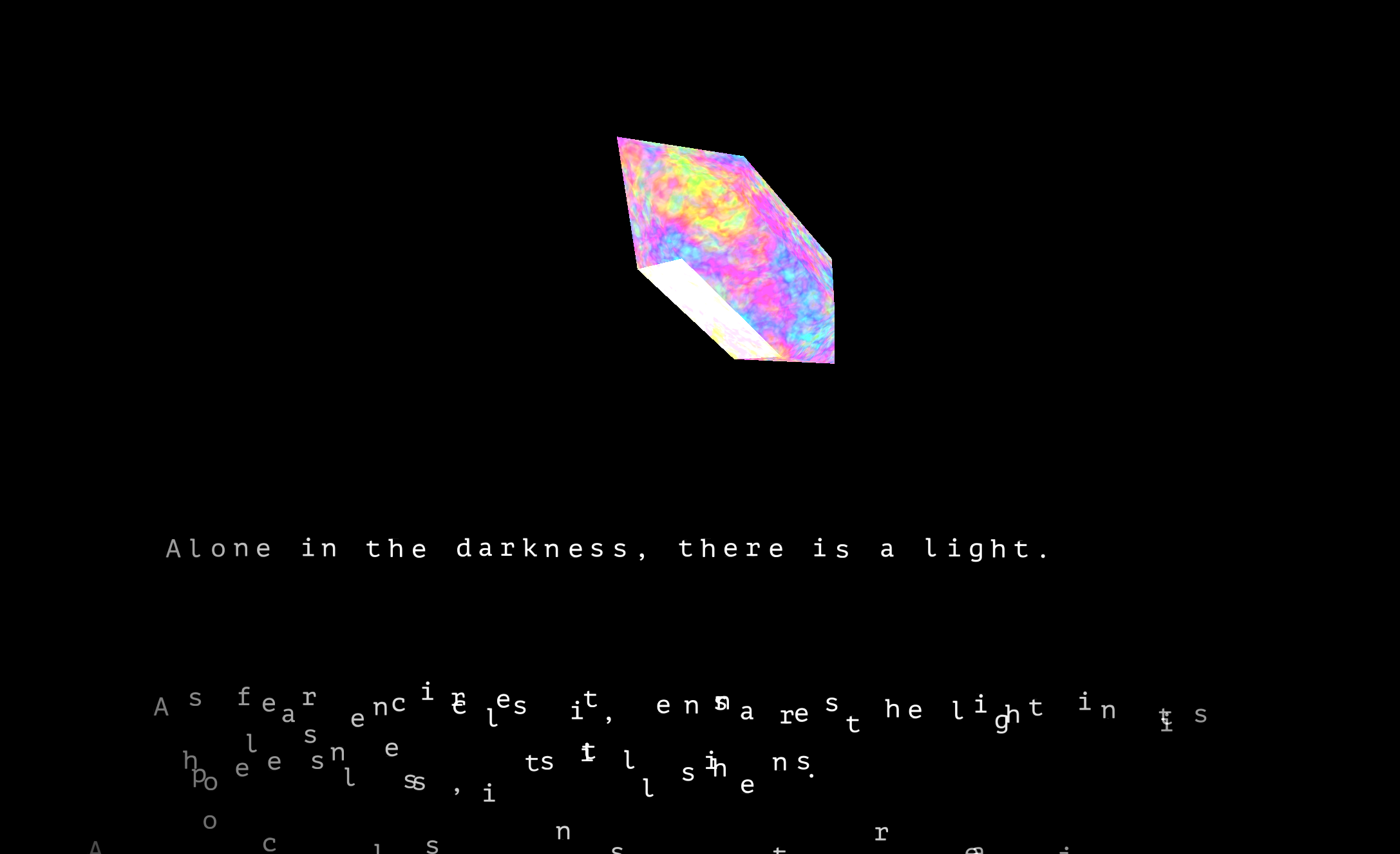 The imagery is simple, with a black background and white, floating text that comes together and separates again as you scroll. The focal point of it all is a single, glowing, multi-colored gem that is joined by others later on in the interactive story.

“The darkness is not all there is. There are other lights that are saying NO to hatred. NO to fear. NO to the false promises, the addictions and lies the darkness promises.” 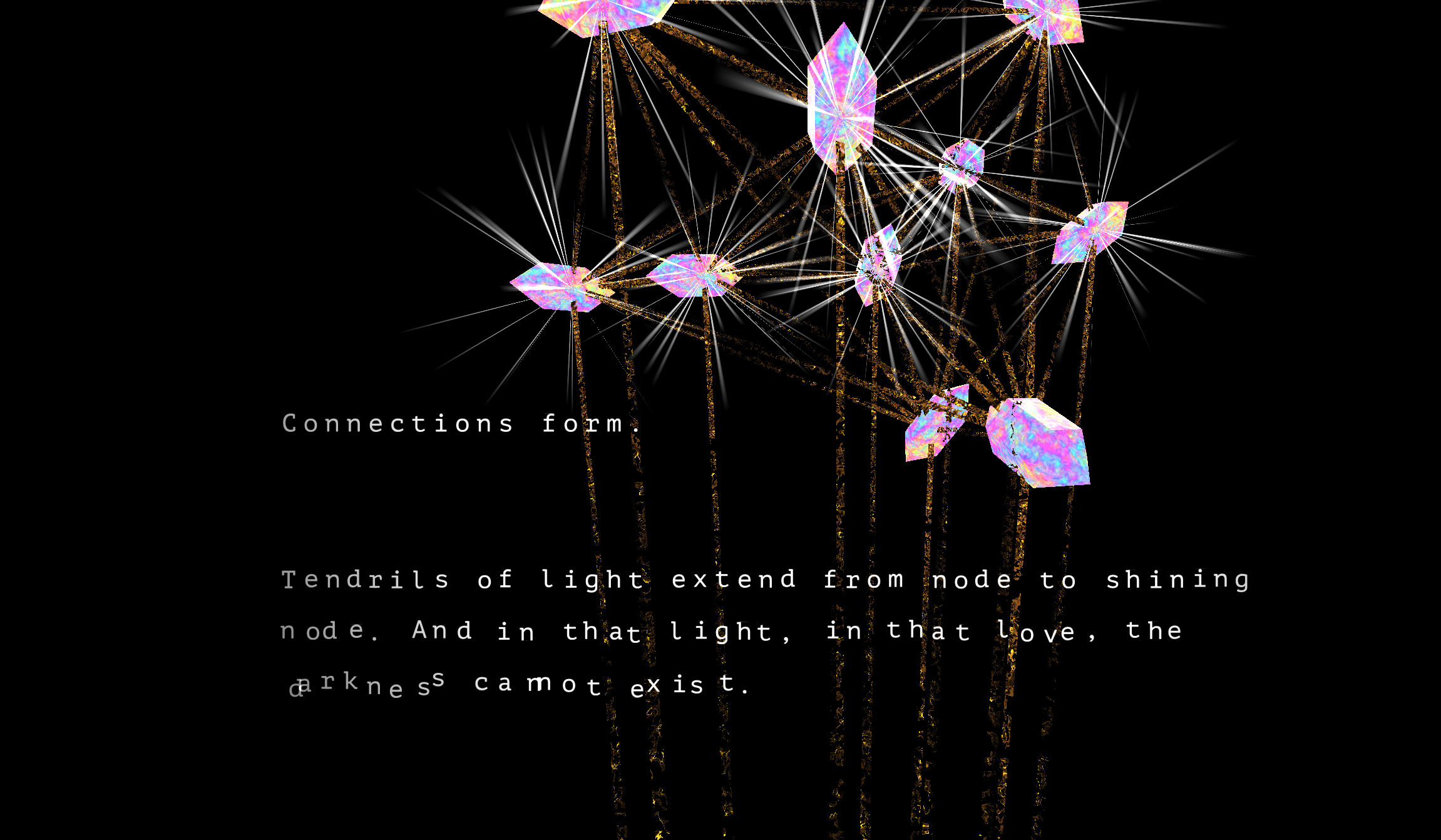 At the end of the story, links are included for donating to the ACLU, contacting your House Representative, donating to the Muslim Legal Fund of America, donating to Planned Parenthood, and an article about other organizations that need support.

In a time of weariness, sadness, fear, and anger for countless Americans, these messages of hope are vital.