This insanely inappropriate Halloween decoration just got pulled from the shelves

It’s almost time for Halloween, which means it’s time for loads ands loads of drama regarding problematic Halloween costumes and decorations. From racist costumes to sexist costumes to just all around bad ideas, it’s the season for trick-or-treating and for the worst kind of nonsense, and this inappropriate Halloween decoration, the Scary Peeper Creeper, is seriously *so* awful.

One concerned mother and teacher spoke out against the prop sold at a Canada-based Home Depot, which is a life-like image of a hooded person staring into a window. Seriously, it’s really so absurd that someone ever thought this was a good idea. 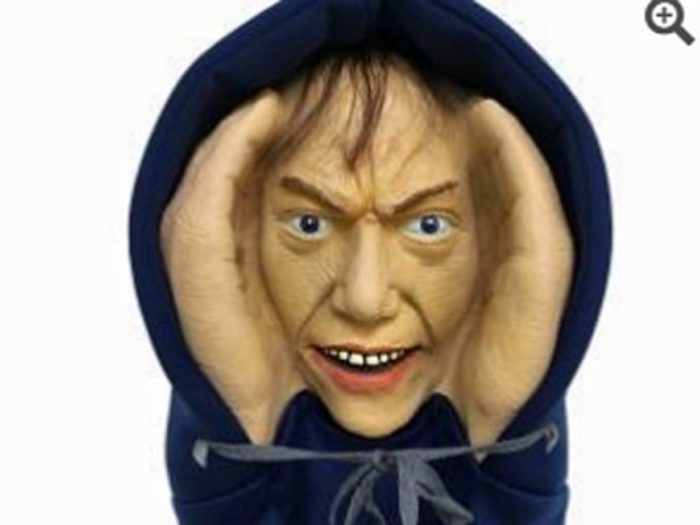 Breanne Hunt-Wells spoke out against the inappropriate Halloween decoration, saying,

"I fail to see the humour in it," she said on CBC Radio's Metro Morning. "It makes light of a very serious crime. Voyeurism is a crime in Canada."

At the end of the day, “peeping Toms” aren’t funny. They’re freaking horrifying, especially considering that those crimes can, and do, escalate to things like assault. The under-researched crime does real damage, and decorations like this desensitize us to the issue by trying to turn it into a joke.

"This is not a harmless crime."

"We agree that this is not in line with our core values, and when we heard, took immediate action and are currently in the process of removing this product from our assortment."

"We've reached out to advise the customer of our actions and apologize. We're sorry for any offense that was caused."

Hunt-Wells is relieved that Home Depot recognized the error of their ways.

“I would say to people that say ‘it’s just a joke’ there are a lot of things in our society that have been just a joke over time,” she said. “Racial jokes, cultural jokes. It takes some talking and thinking to realize that maybe we need to be more sensitive. The people that commit this crime are not harmless people.”

TG for this incredible woman for speaking up about this inappropriate Halloween decoration. So not okay.