After the shocking election results that saw Donald Trump win the 2016 Presidential Election, people have been sharing some positives, including the incredible women that made history on election night.

While many are understandably upset that Hillary Clinton didn’t make history as the first woman President of the United States of America, there are some amazing women senators who have broken barriers and that’s something to celebrate.

While the Senate and Congress might not have the large public platform that the President has, these inspirational and brilliant women could help shape the future of America for the better. So, let’s celebrate. 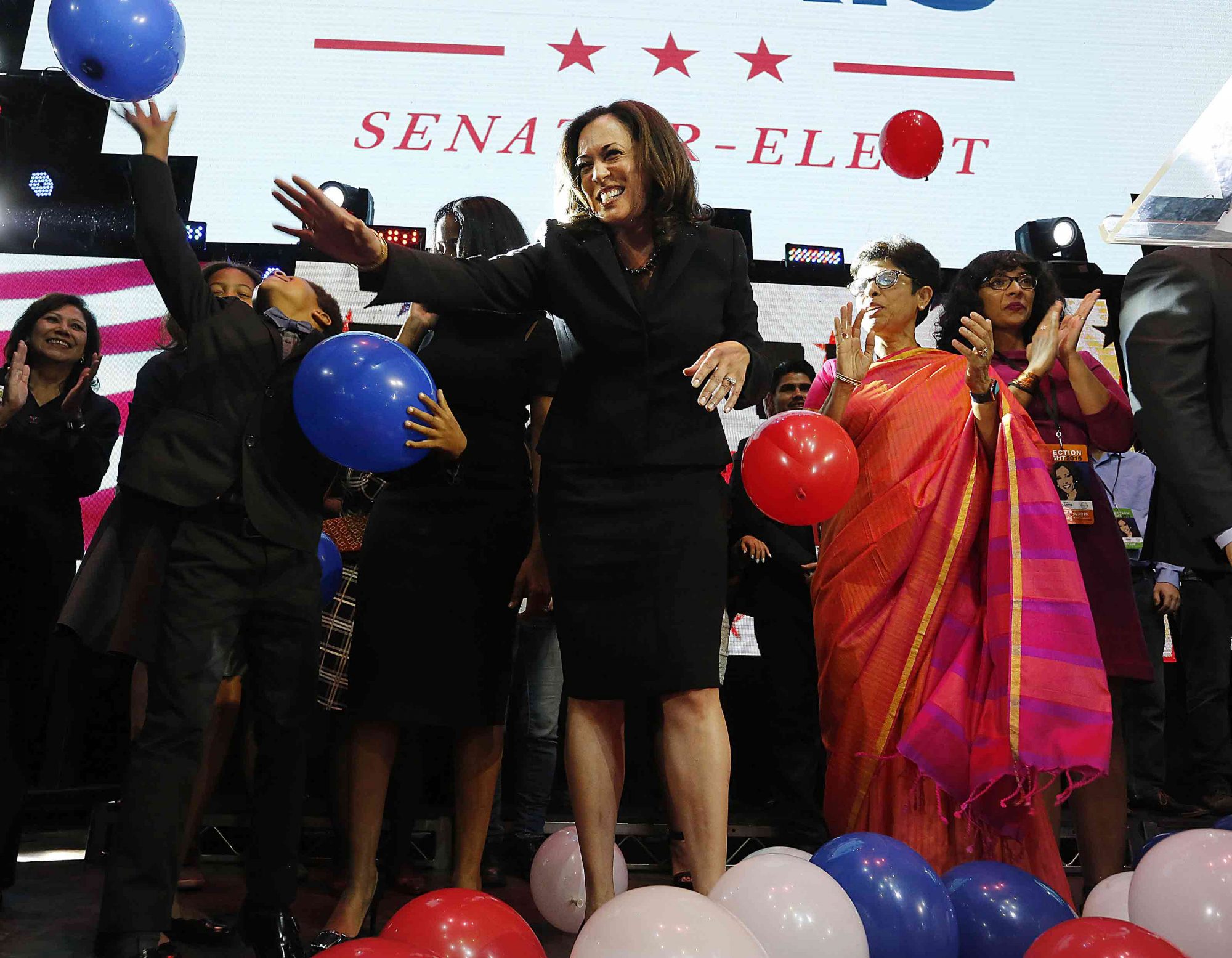 Kamala Harris became only the second black woman to be elected to the Senate. Hailing from California, Harris is the first black female senator since 1999, and the first to be elected as California attorney general.

Born to an Indian mother and a Jamaican-American father, Harris  believes in criminal justice and immigration reform, creating good-paid jobs, equal pay and opportunities, and is a supporter of Planned Parenthood. 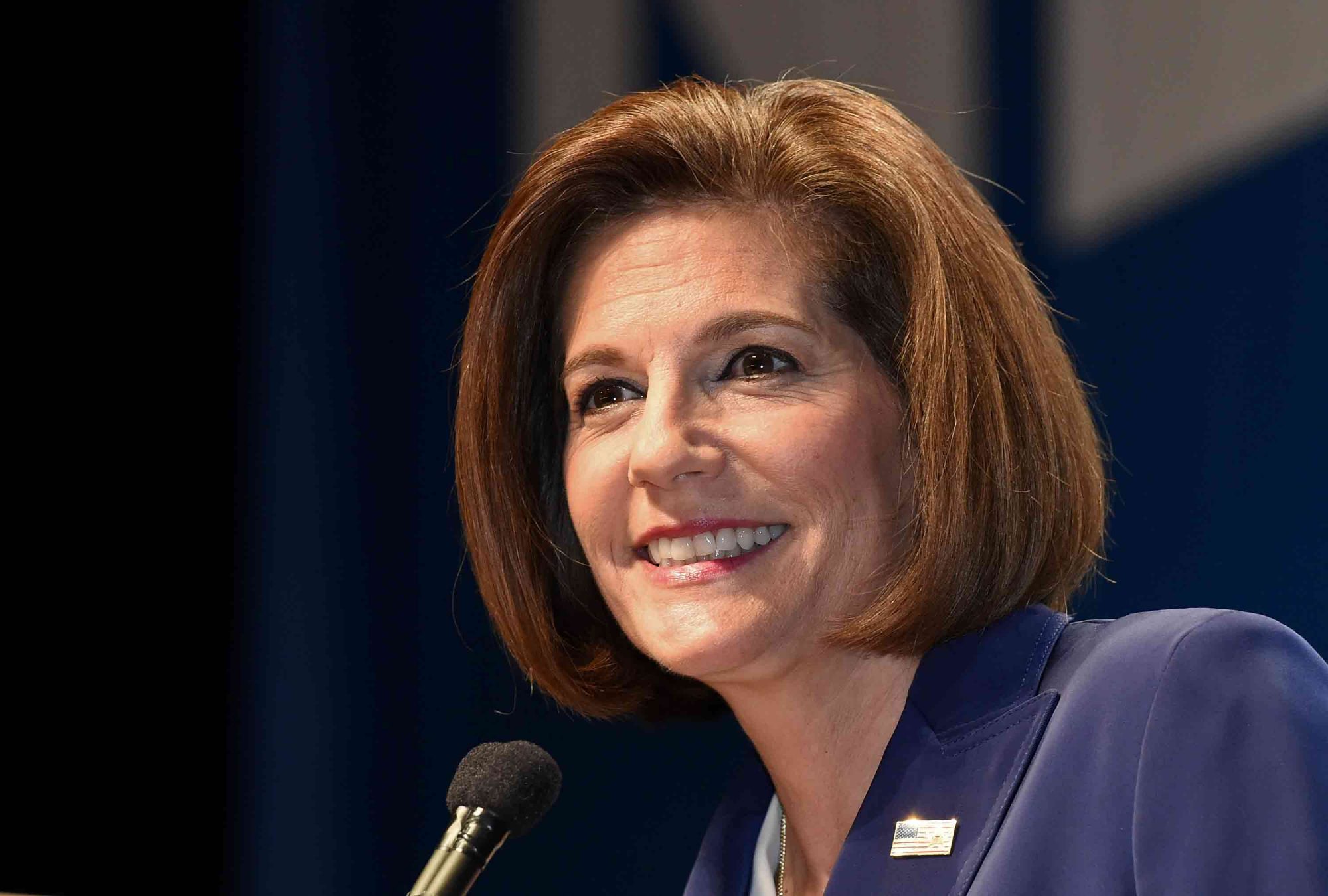 Beating out Republican Joe Heck in Nevada, Cotez Masto spoke openly against Trump’s controversial views and focused her campaign on the possible immigration reforms that could occur in the next four years.

Cortez Masto is also a supporter of LGBTQ+ rights, and spoke in support during a campaign video with Hillary Clinton.

"We can’t tolerate leaving anyone behind," she said.

In Washington State, Pramila Jaypal became the first South Asian woman to be elected to Congress.

Emigrating to the United States at the age of 16, Jaypal became a civil rights activist and founded the OneAmerica advocacy group. She has also spoken out about racial justice, and is popular among union members and the working class.

"What Congress needs is a progressive voice who is unafraid to take on these powerful interests—who is willing to fight for all Americans, not just the wealthiest 1%," she said when announcing her candidacy in January. 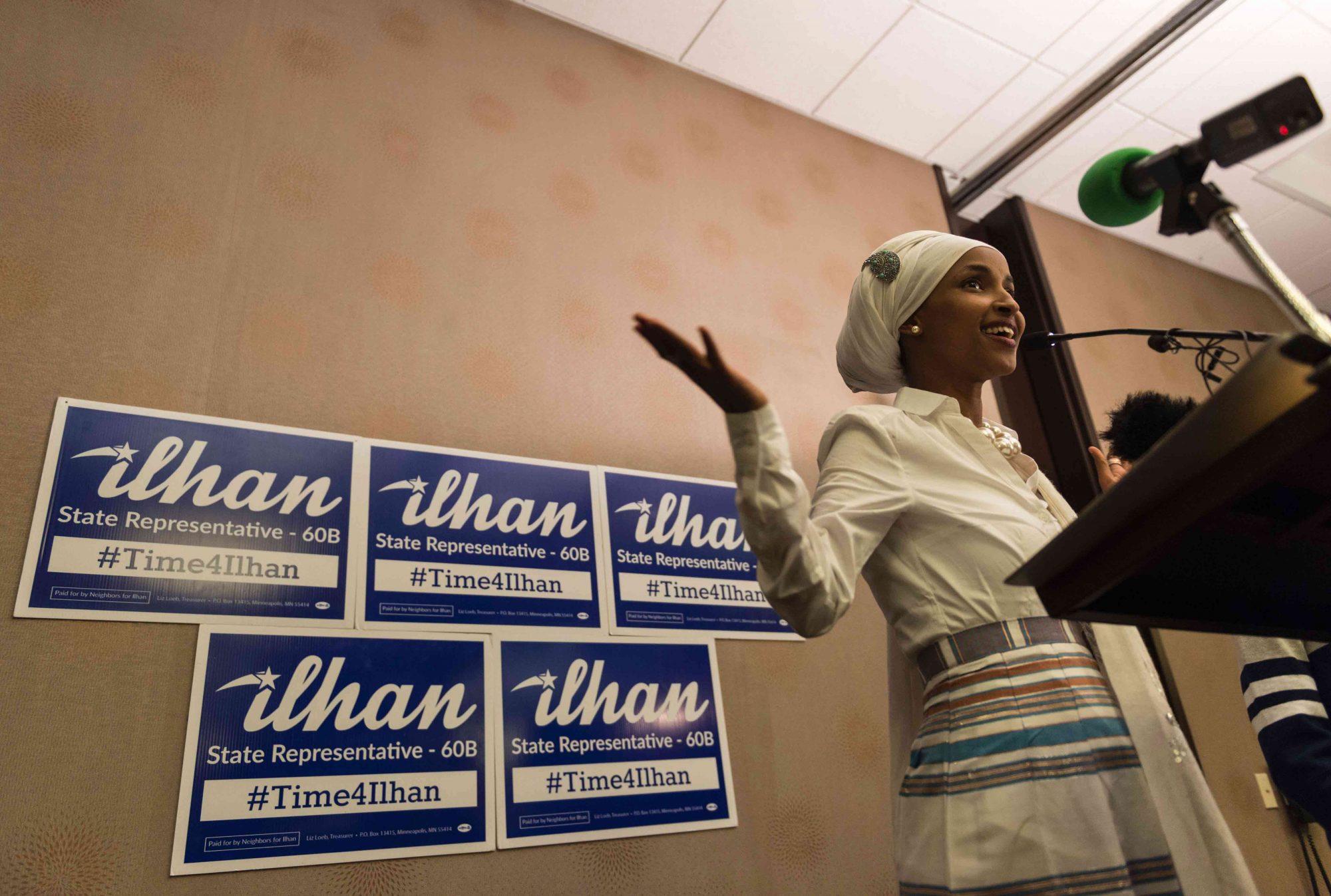 After being elected Minnesota State Representative, Ilhan Omar made history as the first Somali-American legislator.

The 34-year-old arrived in America aged 12 as a refugee after fleeing her home country during war. Before arriving in America, however, Omar spent four years in a Kenyan refugee camp.

"Long time residents, East African immigrants and students – we came together and engaged in the political progress. We talked about the issues that concern us and we connected on the future we want to create," she said. 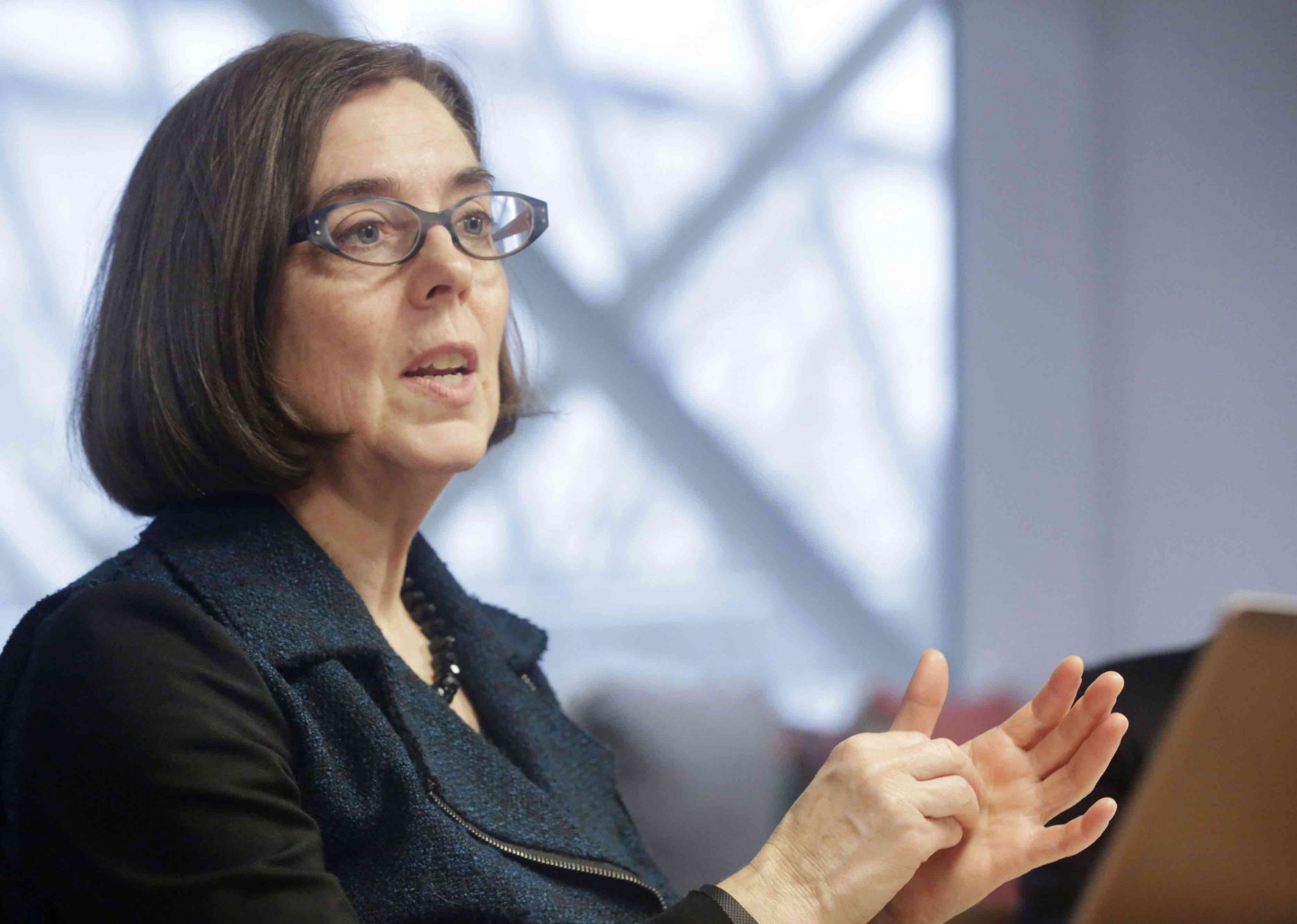 In Oregan, Kate Brown was elected the first openly LGBTQ+ governor in the U.S.

After being outed in the ’80s, Brown, who is openly bisexual and married to a man, opened up about her sexuality and identity. Brown has said that she became involved with politics after she discovered that as a young lawyer she was being payed less than a man in the same position as her. She also faced losing her job because she was in a relationship with a woman at the time. 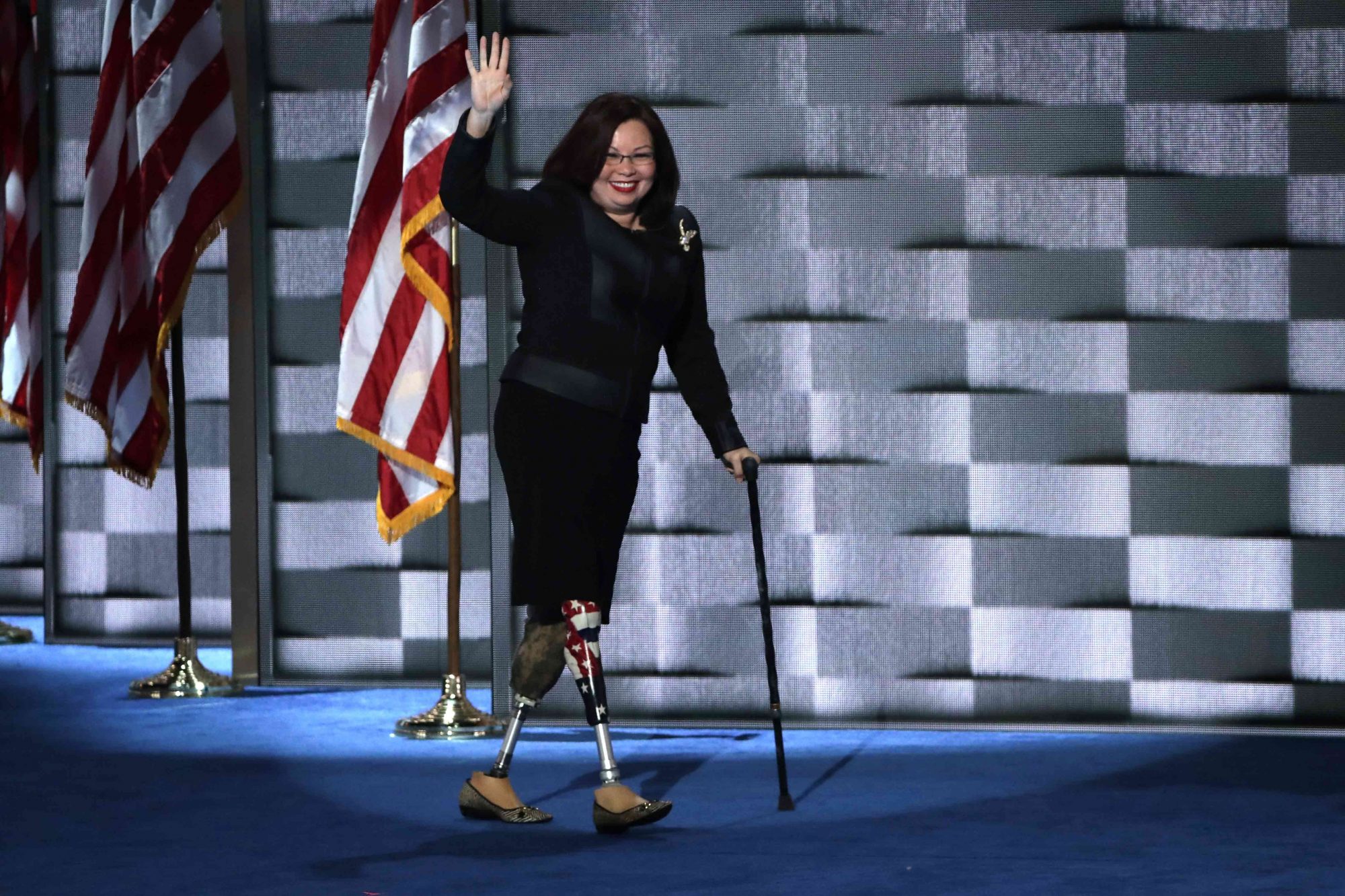 Tammy Duckworth is a biracial double-amputee who defeated Republican Mark Kirk to become the senator for Illinois.

Duckworth, who lost both her legs serving in the Iraq War in 2004, has been spoken openly about her wish for America to open its doors to Syrian refugees.

So, while it might be hard for some to see it right now, on election night some incredible women made huge and giant leaps for their communities and for all women. Yes it’s possible that the overall result isn’t what you’d hoped for, but it’s important to find the sliver lining.