It is impossible for a human to be double-jointed

Even if you’ve never claimed to be double-jointed, you’ve definitely heard someone else brag about it. But we’ve got news for those people proudly cranking their thumbs backwards to touch their forearms: there’s no such thing as being double-jointed.

Read more: Are You Right-Brained Or Left-Brained? Spoiler Alert: You’re Neither

The idea that some people have two joints in certain places on their bodies that increase flexibility is not only virtually impossible, but it actually sounds kind of silly, if you think about it…

So what’s going on with these flexible folks? What people chalk up to double-jointedness is actually called hypermobility or joint laxity. People with this characteristic can move certain joints farther than most people, and they can do it without preparation or pain. 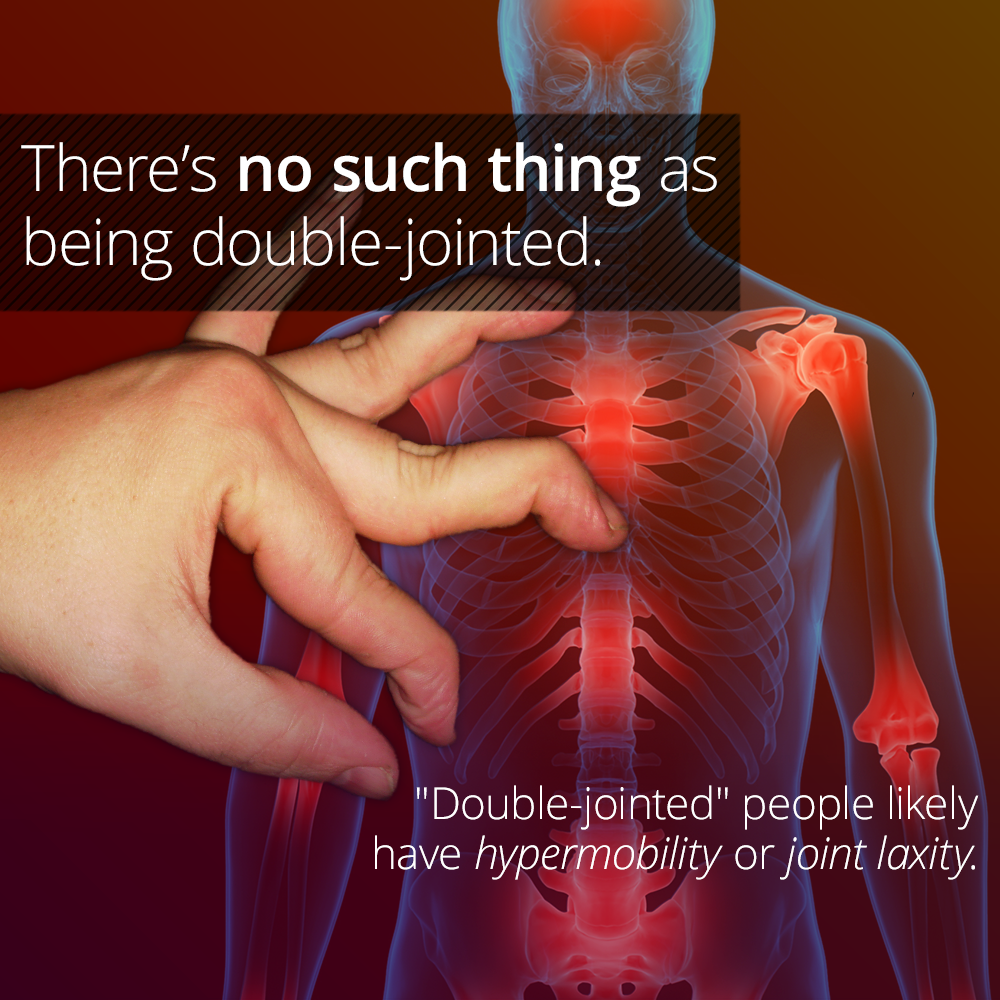 While some people with hypermobility are able to stretch farther due to loose ligaments, others get their flexibility from the shape of their bones. Ball-and-socket joints (like hips and shoulders, for example) allow for the largest range of motion. If the socket is a little on the shallow side, the ball part of the joint can twist farther.

So no, your friend with the wacky shoulder tricks isn’t double-jointed.  But that doesn’t make her any less impressive.