I tried PantyProp’s period underwear and here’s what happened 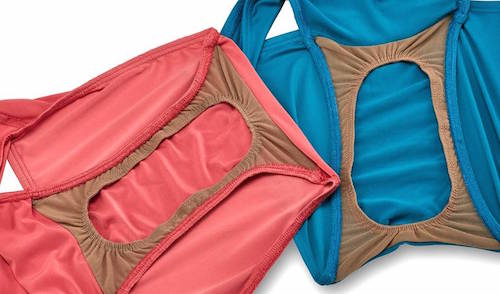 This isn’t my first time at the period underwear rodeo, but I’ll admit that when I first heard of the concept, I was a little skeptical. The very term “period underwear” conjures up images of granny panties and damaged goods — the underwear you put on when you just know it’s going be a bad day. And, to be honest, that’s almost exactly what period underwear is, except ten times cuter and actually pretty cool. I tried out my first pair back in October, and they’ve become a regular in my routine. So, when I found out about another brand called PantyProp, I decided to give them a whirl.

While other period underwear brands (like Thinx and DearKates) have absorbent layers that act as an extra layer of protection during heavy cycles, PantyProp is a bit different: You pop an actual pad into the crotch area and the panties hold it in place. 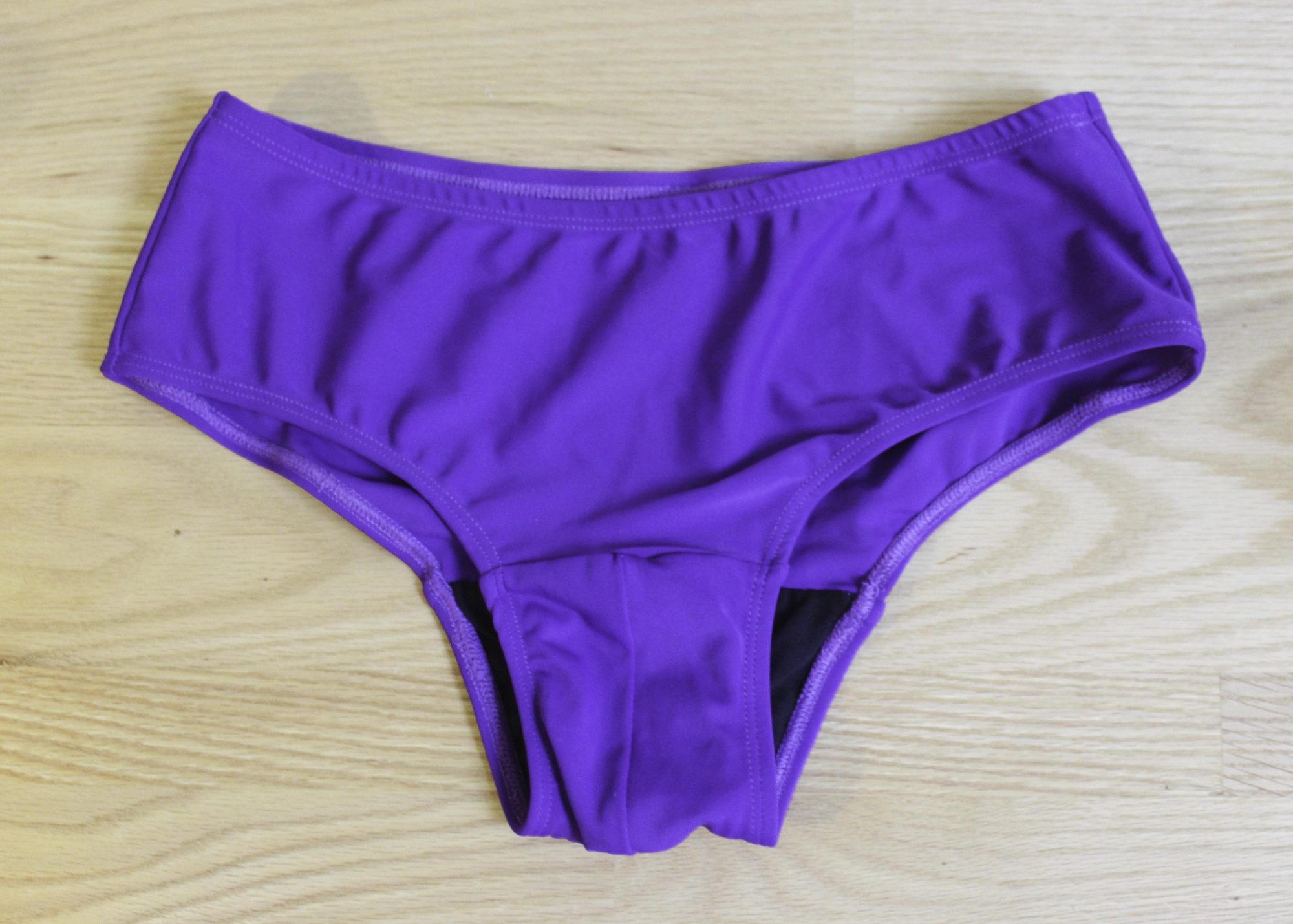 I opted for the Propster, a higher-waisted style (PantyProp also makes the Propkini, a bikini style, and the Propsuit, a bodysuit). I’ll admit, at first glance, I didn’t think this was going to work. Not because it wasn’t a good idea, but because your standard pad looks way too big for the space provided in the crotch of the garment. It’s kind of like a mesh pocket that you slip the pad into, and I was convinced it was going to end up smushing the pad or causing it to wrinkle. But, probably thanks to some geometry and physics that I don’t understand, once it was in there, the tight space simply helped keep everything secure. 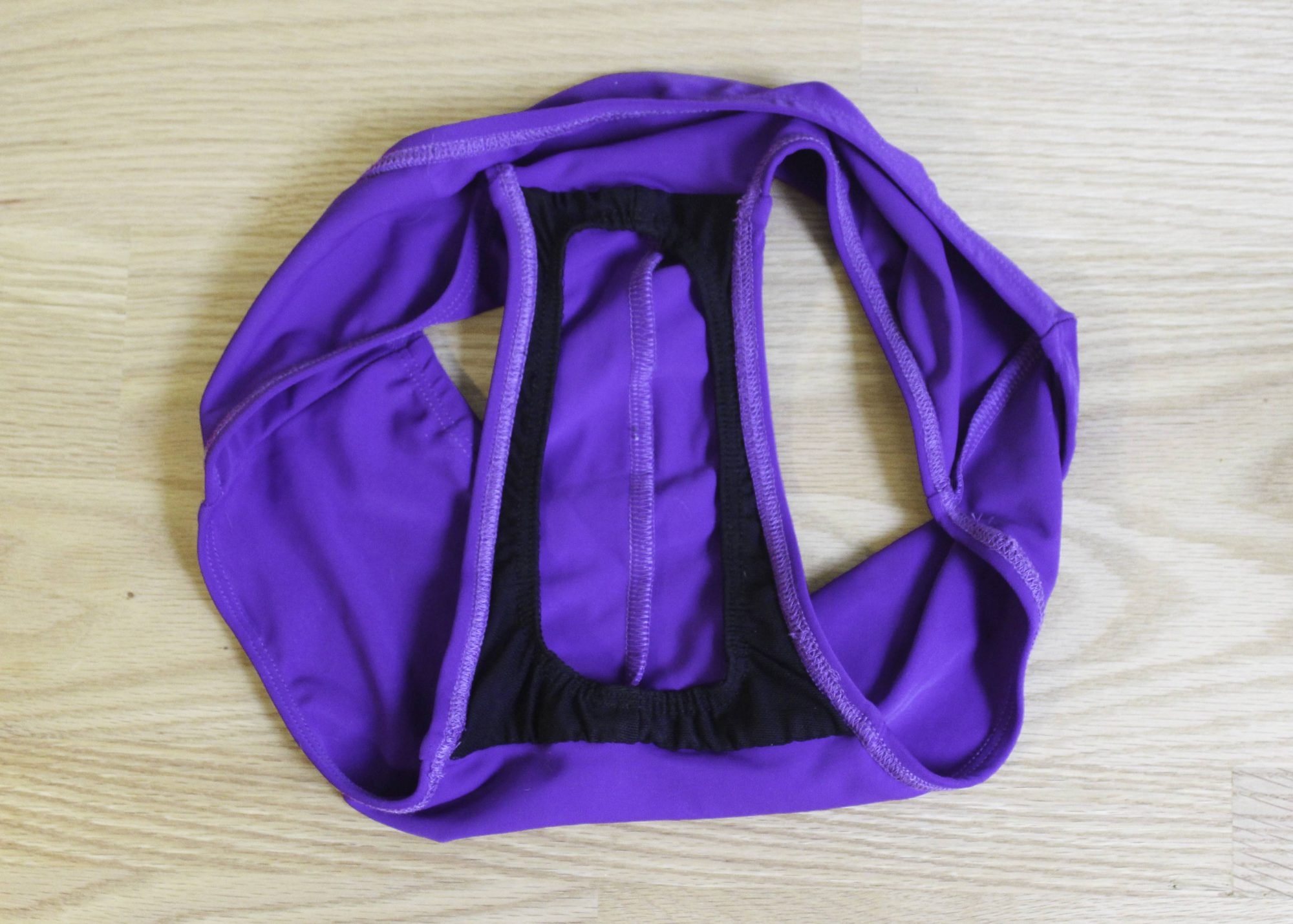 My next hesitation was immediately clear: Are people going to be able to tell that I’m wearing this? When you put the PantyProp on, it’s kind of like wearing a pad for the first time all over again. It’s unfamiliar and bulky, and you can’t stop thinking about how you’re kind of just wearing a diaper. I knew this anxiety well, so I conducted the best experiment I could think of — the skinny jeans test.

I knew that any kind of bulk would stick out in my skinny jeans like a sore thumb, but to my surprise, you couldn’t see a thing. I checked all angles in my mirror that morning before heading out to the office, hoping that PantyProp’s lucky streak would continue. 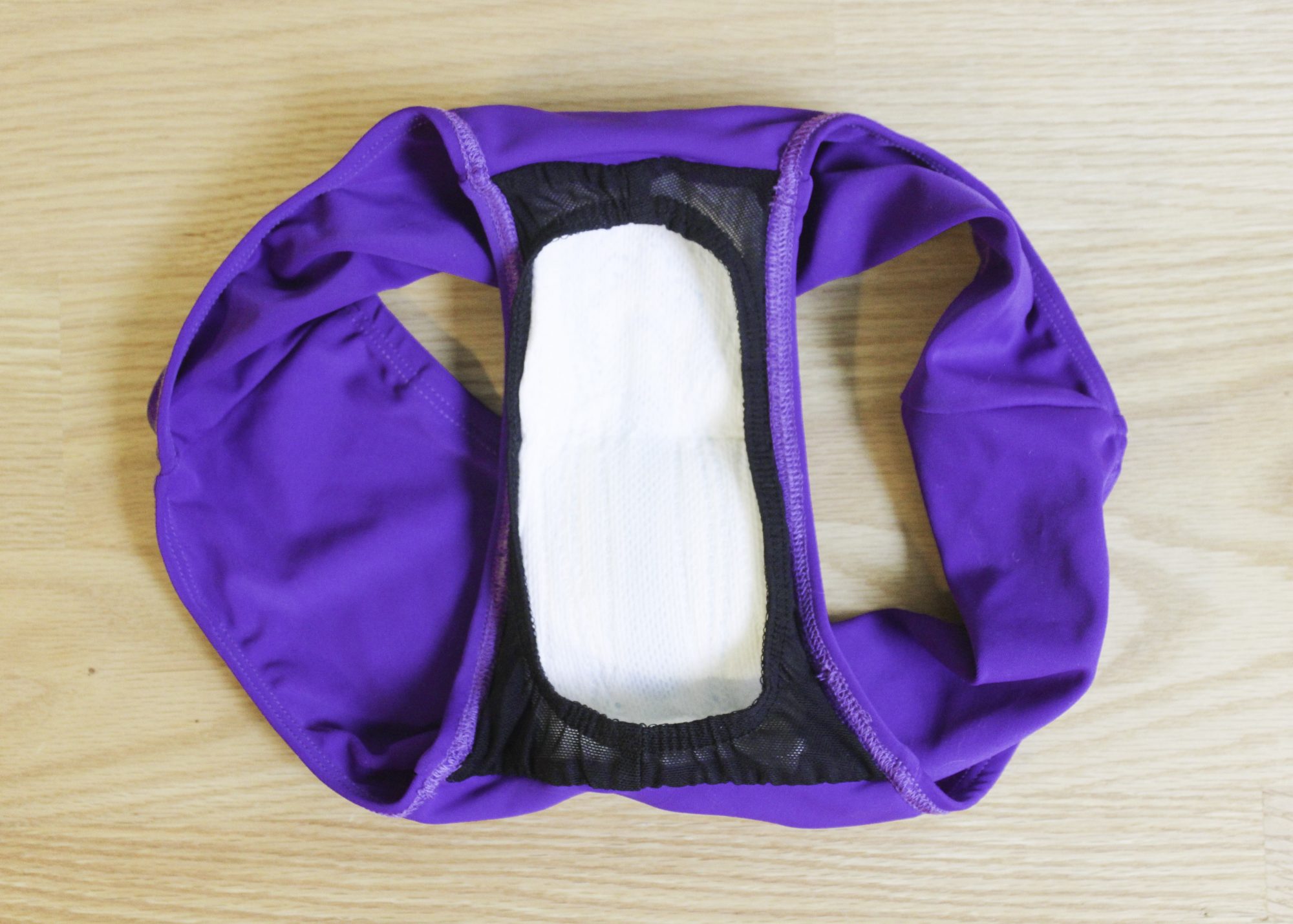 Despite being unfamiliar, you kind of forget about the fact that you’ve got a pad inside your underpants after an hour or so. In fact, I might have even been more relaxed. That pad was in there. The set up of the panels positions it perfectly. There was no adjusting during the day, no worry that things had gone askew. It’s also easy to remove and, bonus, there isn’t that noise that happens when you’re ripping regular pads off underwear which can make communal bathrooms a little awkward. Just neatly slip the old one out and replace it with the new.

Like most menstrual products, it really comes down to preference.

The great thing about these products is that you can use them however best fits your lifestyle. I tend to go for my traditional period underwear at the beginning or end of my period, when I’m not sure if I need to use a tampon, and will likely use PantyProp on my bad days, when I know there’s nothing else I’ll be doing other than sitting on the couch eating cookie dough. While my choices don’t fit everyone, I do know that if anyone is considering PantyProp, it will 100% be worth it.