When I take selfies, I take them for myself

Recently, I tried to put together a list of all of the parts of my body that I’ve never actively hated or wanted to change. It was an exercise in addressing the relationship I have with my body in an attempt to take it in a newly positive direction. The resultant list was as follows: neck, hands, ankles. That’s it; there are only three parts of my healthy, 27-year-old body that I haven’t fantasized about sucking out or slicing off.

My legs — which have propelled me up and down swimming pools, let me jump on trampolines, and lugged me up hills — I nickname “chicken legs” because, when I was a teenager, I decided that they’re weirdly shaped (a notion that was backed up by my “friends”). My hips, which I’ve relied upon for all of my best dance moves on the most fun nights out, are too wide. My face is awkward. I have dark circles under my eyes. I’m out of proportion. My skin is bad.

These are just a fraction of the things I think to myself when I look in the mirror.

I daren’t even estimate the amount of hours I’ve wasted agonizing over every perceived imperfection.  I say things to myself that I would never dream of saying to another person. I would never tell someone else they look awful or disgusting or ugly, but I pummel my own reflection with such hurtful thoughts on an almost daily basis.

So I’m trying to stop, and selfies have become like a nicotine patch to stave off my self-critical cravings.

Since becoming somewhat of a gym regular, I began to appreciate my body for its strength and ability, not merely its aesthetics. I started taking pictures to log my progress. I loved seeing how strong my shoulders looked, or noticing the tiny changes in my physique that reflected how much more capable I’d become.

The photos inadvertently became my pick-me-up on those days when I would tear myself down and pick myself apart; serving as a reminder of everything I love about my body and counteracting negative thoughts.

But these selfies aren’t taken for Instagram or Facebook. They’re not about notching up likes or gaining the approval of others; they are about my own approval. 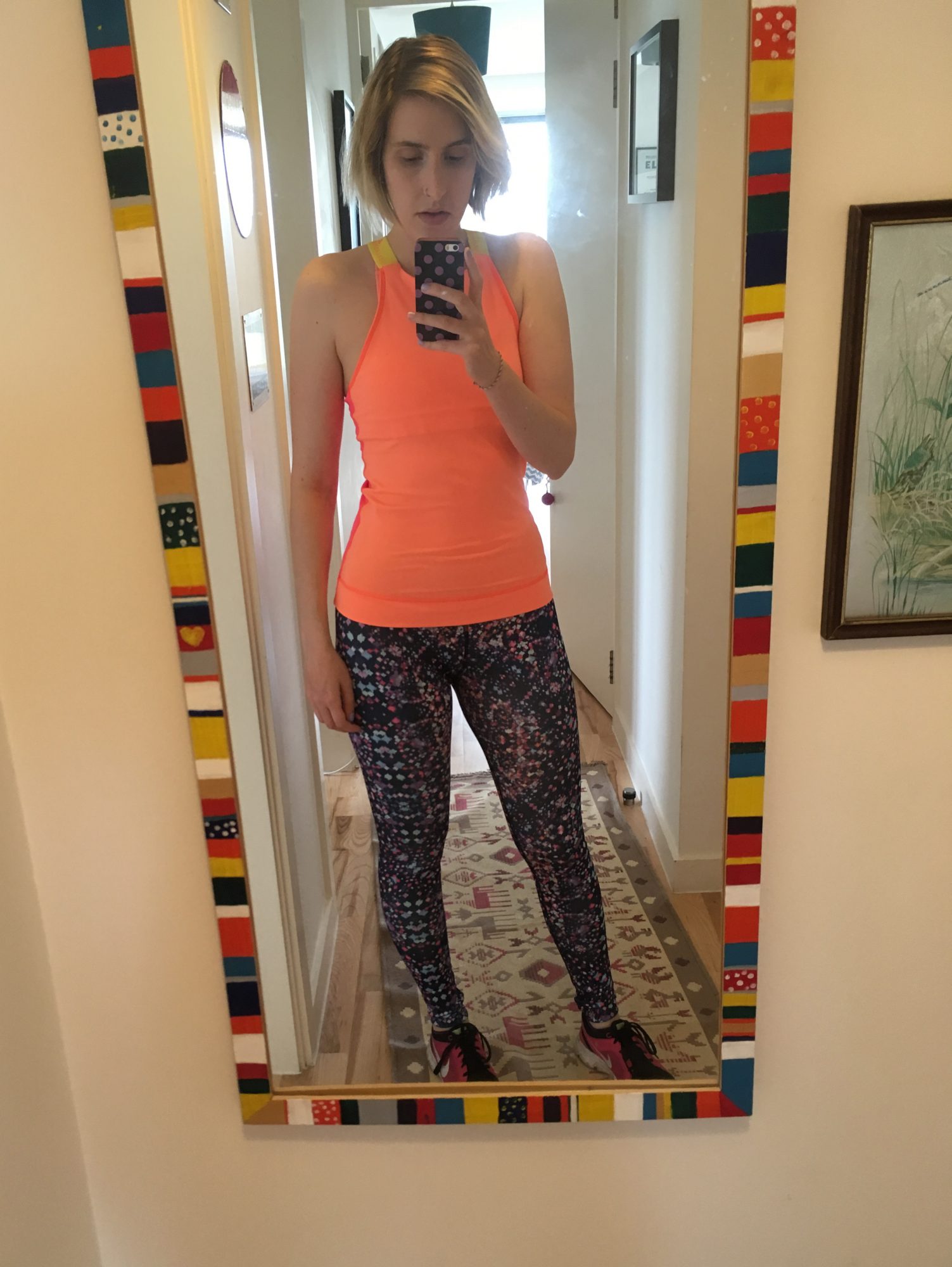 Being both the currency of social media stars and a cultural marker of the millennial generation, selfies are a hot topic of debate; on the one hand, they are much maligned for their narcissistic undertones. On the other, they are celebrated for subverting the male gaze and giving women control over their own image.

My opinion of them used to sit somewhere in the middle. I wasn’t a prolific selfie taker (unless you count taking pictures of myself with my cat to send to my boyfriend when he’s at work), nor was I deeply against their existence (although I concede that there is most definitely a time and a place – I’m looking at you, funeral selfies). Only once I started taking fitness progress selfies did I begin to really understand their appeal.  I mean, no wonder the Kardashians have a seemingly endless supply of confidence; they’ve only ever seen their good side.

In a selfie, you have complete artistic direction over your own image.

There’s no being caught at an unflattering angle, or being snapped mid-blink. As far as I’m concerned, a phone gallery of flawless selfies is a one way ticket to self confidence.

In response to celebrity Instagram feeds full of perfectly angled selfies, there have been multiple exposés to reassure the masses that social media stars don’t really look like that; it’s all lighting, angles and flexing. Of course, this is true and it’s undeniably reassuring. We have enough beauty standards to live up to without wondering how they “woke up like this.” But there’s nothing stopping us from using their tactics to our advantage.

Prefer your left side? Work that angle. Does your bathroom have incredible cheekbone-revealing lighting? It’s your new studio. Despite the cries of narcissism and self obsession, there’s nothing wrong with presenting yourself at your best and loving what you look like.

In fact, in the face of beauty and fashion industries which rely upon low self esteem and a desire to fix oneself, loving what you see in the mirror is positively radical.

Berating ourselves is almost a rite of passage for women. It’s insidious. The idea that beauty equates to self worth seeps into our consciousness as young girls, undermining any carefree sense of abandonment and replacing it with self-consciousness and shame.

Life is a fleeting, fragile thing. I don’t want to waste any more of mine worrying about whether my thighs are too fat or what my nose looks like in profile.

So, if I think I look great, I take a picture. Not for anyone else, just for me.

And if the doubt and the self hate start to creep in, I whip out my phone and remind myself that I. Look. Great.