There are few subjects of study that are both physically and philosophically out of this world that NASA hasn’t studied scrupulously. In one of their latest projects, NASA experts have teamed up with National Geographic to produce the hybrid storytelling series known as Mars. The six-part docudrama series seamlessly interweaves interviews with space experts with the scripted drama of the first Mars colonizers aboard the Daedalus in 2033, emphasizing how a one-way trip to Mars is currently in the works for humans in the near future.

I was lucky enough to attend a preview brunch in New York City where a panel of experts spoke about the process of creating television that combines documentary with fiction as well as their larger vision for actual Mars colonization. 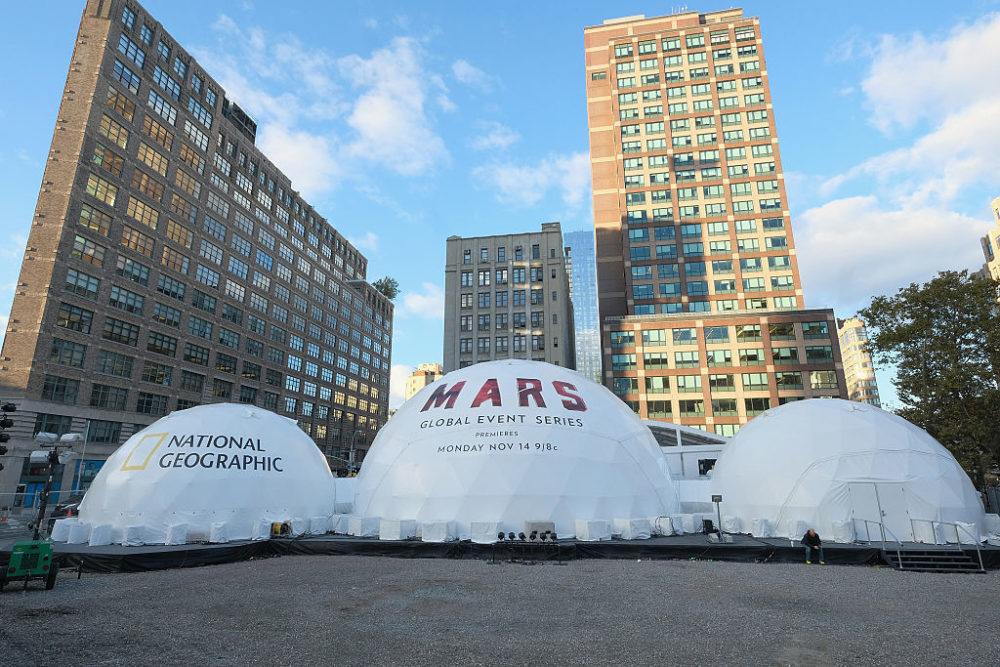 While hearing the experts chat about the potential advanced technology that would come from Mars colonization, my favorite part was the immersive interactive experience which included experiencing low-gravity in a virtual reality simulation of Mars. 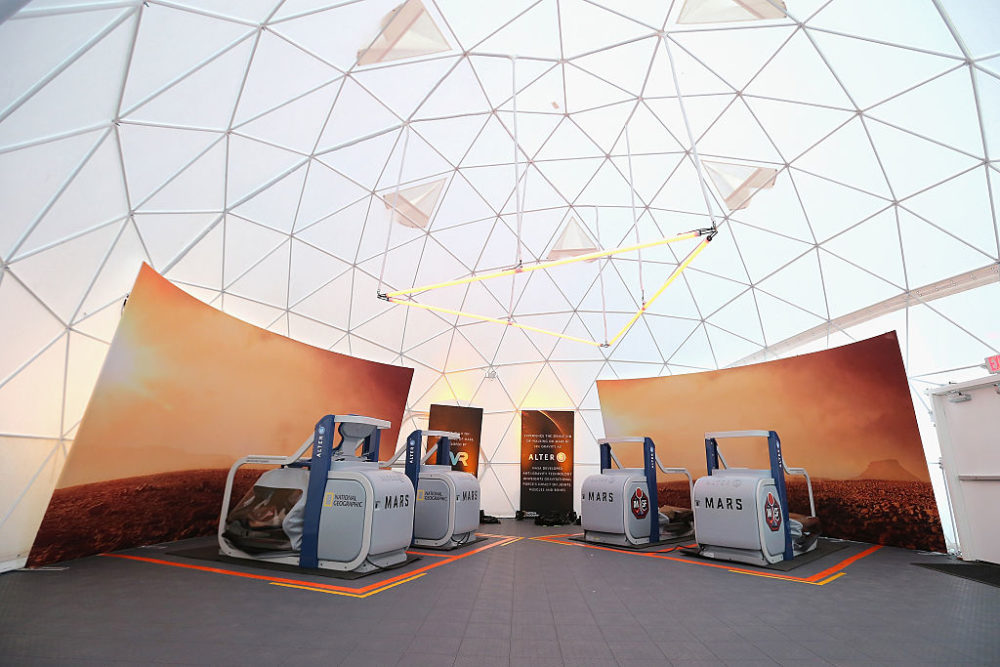 After the panel of experts gave an overview of the Mars series, all of us attending were invited to wander through a small exhibit of beautifully polished spacesuits, helmets, and small-scale modeled parts of the MARS rover. While looking at the wonders of spacecrafts and astronaut helmets certainly fed my sense of wonder, the most thrilling moment was when I got strapped into an Anti-Gravity treadmill, slipped on some glasses, and felt the fantasy of Mars come to life. 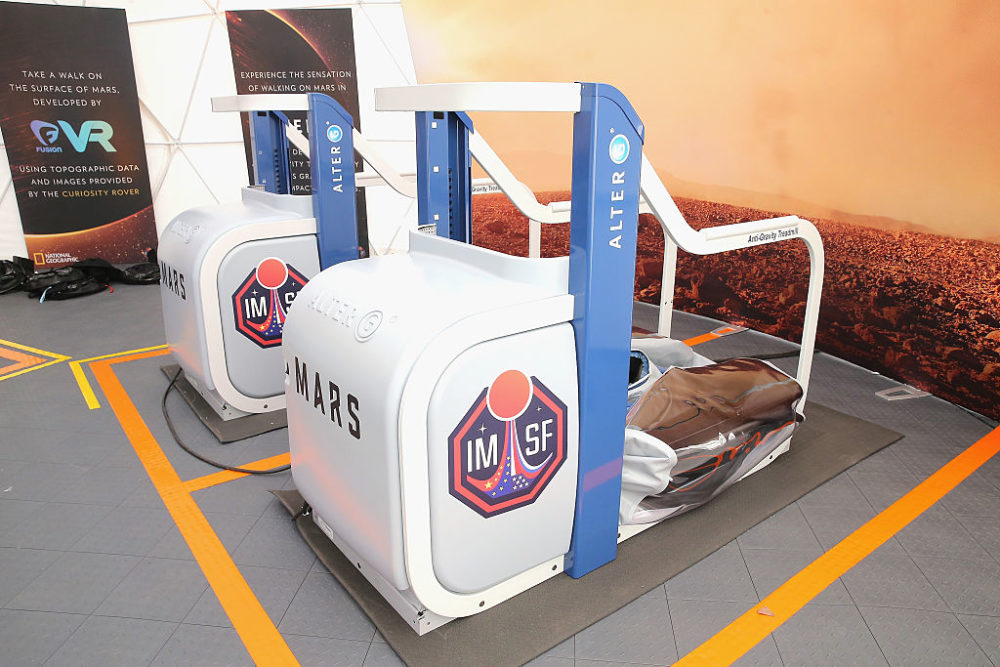 The man named Greg working the treadmill had a kind face and showed me how to step into waist-hugging part of the contraption before zipping it up and vacuum-sealing the lower half of my body. Greg showed me the button that controlled gravity’s impact (and my perceived weight) as he reduced my weight to 30%, at which point I felt like a flying toddler in a grown woman’s body floating above the treadmill like my own personal hover board. I found my feet unsure what to do with the lightness as I bounced into an easy low-gravity jog. Just when I started to find my footing, I was handed a pair of Virtual-Reality goggles.

When I put the VR goggles on I was transported onto a wide stretch of Mars desert where I could jump over rocks or bounce near low mountains. Right before my session ended, I was able to jump off a VR cliff into the abyss of Mars, which was a bizarre dreamworld experience that felt strangely comforting. 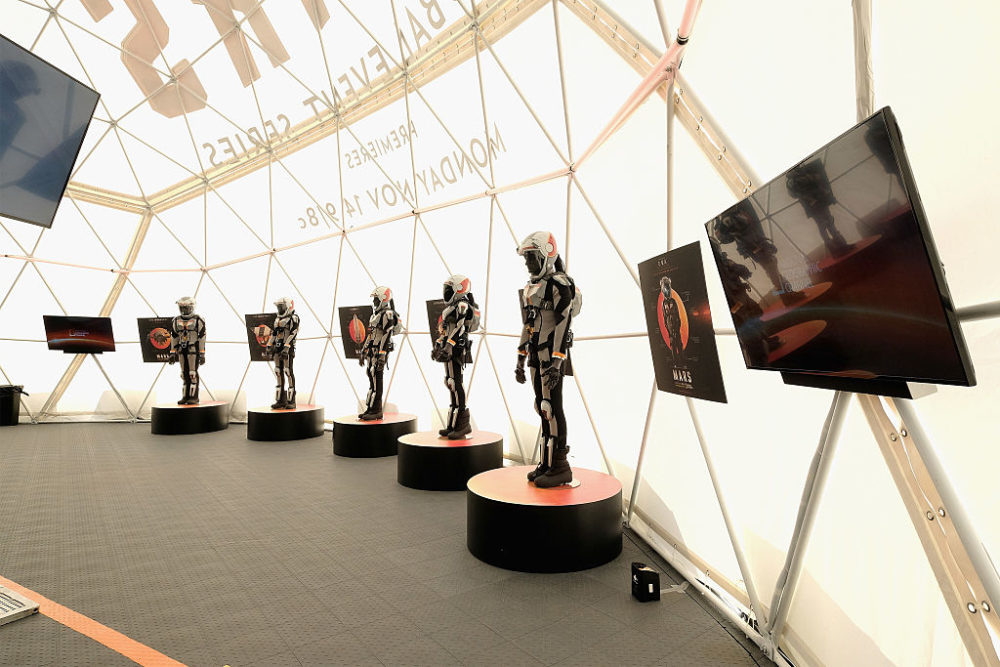 There was a previously allotted time for each of us going on the treadmills, so after a few minutes of disoriented floating and exploring an animated planet I was gently ushered out to make way for the next virtual space explorer.

When I stepped out of the vacuum-sealed trousers and felt the full weight of my body, my feet immediately felt tired and I wondered how bizarre it must be when astronauts actually return home from space.

Mars premieres on the National Geographic Channel on November 14th.