I am a transgender soldier, and I’m here to tell Trump that he can’t ban our excellence

I am a proud and decorated member of the U.S. military. I have completed a combat tour to Afghanistan.

I am also a transgender woman.

This last detail shouldn’t matter — but it has become national business.

My boss, President Donald Trump, was previously famous for his “university,” numerous bankruptcies, continued alleged refusal to pay his workers, and “locker room talk,” among other things. Now, his latest venture into the U.S. government has resulted in his Twitter-directed ban on transgender personnel in the military.

Despite the decree, the Department of Defense does not actually process policy from people on Twitter. Even more insulting is the fact that our leader has side-stepped his opportunity to serve a grand total of four times, excuses rendered through temporary “bone spurs” and college deferments.

Trump’s rationale for the ban is ill-conceived, and his evidence has been squashed. Never mind that 45’s trips to Mar-A-Lago have cost taxpayers 20 million and growing, or that the $2.4 to 8.4 million allocated for transgender care annually is five times less than what is allocated for erectile dysfunction in the service.

Entry into the service is not a light task for anyone who is not ready or able to serve. Those deemed unfit for service are excluded through initial examinations by medically trained personnel. Like 45, many would-be recruits are turned away early on. Veteran members then mold recruits through basic training, furthering tests of endurance and mental acuity. Those who cannot handle the burden of these tests are removed, until those who can uphold the standard remain.

To ban recruits or discharge service members for their genitalia and their gender identity is not relevant to the success of any institution.

It is ludicrous to ask such questions on any job interview, and so it is just as heinous to judge transgender folks in the same manner. It’s for these same reasons many of us do not disclose our identities. 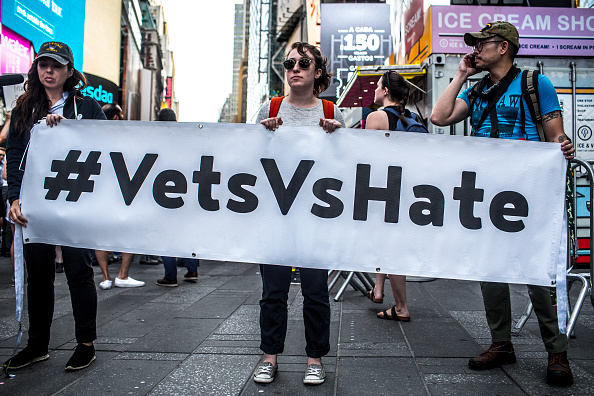 LGBT people have undoubtedly been serving in stealth since the military’s beginning. As an institution, the armed forces afforded all groups of people the opportunity to rise up from one social class to another, and to break stereotypes and prejudices that plagued them. The result is a vast melting pot. This battle that trans people are facing now is nothing new.

On duty, I am an indistinguishable service member in uniform, moving in unison with the rest of my team.

Those I lead and those who lead me do not know I am transgender. But they do know me by my achievements.

I am a “PT Stud,” meaning that I ace my physical training tests; I provide leadership to a team of service members who have been awarded commendations under my care. On paper, I am an exceptional leader; by appearance, I am what you would call “normal.” Appearing “normal” suggests that I have cis passing privilege. This notion allows me to be among cisgender people without suspicion or criticism.

Similar to how one wouldn’t talk about sex or curse while their grandmother is in the room, I’m sure others would not talk about transgender issues if they truly knew me. During casual conversation, hate, doubt, and — sometimes — support of transgender people floats to the surface. More often, people who speak to transgender issues cannot actually say they know anyone personally. Countless jokes are made at the expense of transgender people. Too many times I’ve heard colleagues slur the way our bodies look — too manly or too girly, or worse, demoted to “it” or “she-he.” There is only so much a tight-lipped smile can hold back.

Yet I endure the pain in silence to fulfill my duty. My endurance surpasses your hate.

There are many courageous transgender personnel who serve openly. Kristen Beck, renowned former U.S. Navy SEAL, notably served on an elite counter-terrorism team dubbed SEAL Team Six, whose accomplishments are legendary. Logan Ireland, an openly serving Airman who was deployed to Afghanistan, was featured in a New York Times documentary, and showed his unit and his commanders that he was a model serviceman. Beyond Beck and Ireland, there is an ever-growing roster of esteemed transgender service members ready and willing to do their duty.

President Barack Obama’s stance on LGBT issues has, in large part, been a triumph for equality. Under 45’s administration, human rights stand to suffer numerous losses — a shameful, fearful prospect.

Discrimination and hate in any form should be met with skepticism, wisdom, and equity. The military critiques its members based on merit, performance rubrics, and written evaluations. Fifteen thousand of us have evidence of success, and continue to excel as leaders in all echelons of the organization.

My own evaluation from my superiors concludes that I have “unlimited potential with a recommendation to be promoted above my peers. My performance surpasses your ignorance.

To my colleagues: Yes, you do know a transgender person. I have been beside you this whole time.

I’ve treated you with respect and dignity unconditionally — despite your shame and mockery, unaware of my identity. I still serve with the heart required to fulfill my obligation to my home and country, and I fulfill it with the continued excellence you know well. My strength allows me to serve in times of doubt. 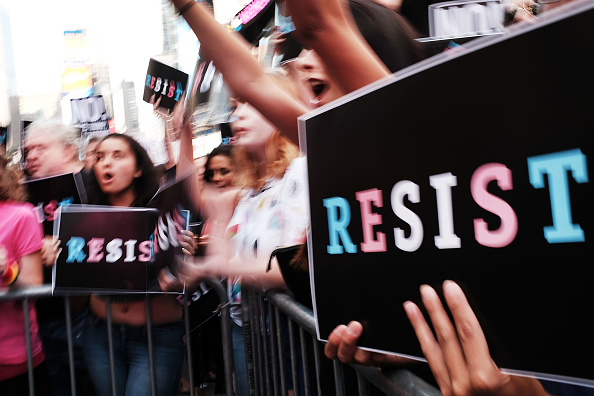 This discrimination stemming from Trump’s venomous Twitter account, from his wherever, will be incalculably worse if our country does not stand up for us. Small minds focus on irrelevant details. Trump is concerned with what’s in our pants. We just want to do our job. Be better, America.