There I was, standing next to him as he uttered the words that always make me cringe: “This isn’t working anymore.” The weird part was that things had seemed to be going pretty well between us—even though it had just been a casual four weeks of knowing each other. But I’ve learned that in today’s disjointed dating world, there’s often a lot that gets left unsaid. Between the seemingly flirtatious emojis sent over text message and the casual likes on social media, it can be nearly impossible to see the end coming. But sometimes when things seem to be going well, they’re actually heading in the opposite direction.

For me, my short lived romance with that guy still felt real. Emotions were felt. Vulnerabilities were shared. Intimacy was established. It wasn’t everything, but it wasn’t nothing. Despite its short lifespan, it was something. And even if we only knew each other a measly four weeks, it was strange to fathom the idea of moving forward sans the person I had imagined I could really be in a relationship with. The person who had a great dating profile with similar interests and a comparable upbringing as me, who seemed to be my perfect match in every way, but in the end, was far from that.

According to Dr. Juli Fraga, Psy.D, “Lust is built mainly on attraction or fantasy, which means we don’t really ‘know’ the object of our affection. Love is more intimate and grounded in reality.”

Looking back on our time together, I realize now that I was attached to the idea of him. I’d built him—and what we could’ve been —up in my mind. 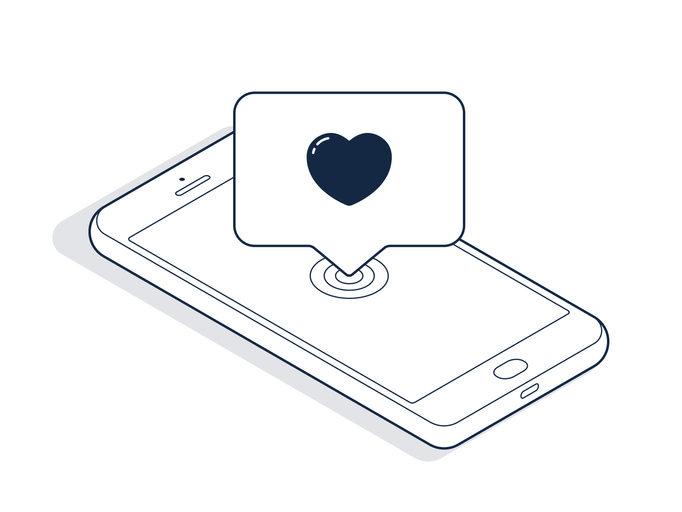 With online dating, this experience is actually quite common. We immediately project onto the people we swipe right on. “Reading one’s dating profile, we take in that snippet of info, and our imaginations can get the best of us,” argues Fraga. Without as much face-to-face interactions, we’re more likely to interpret one’s personality or intentions based on their curated personal profiles, photos on social media, or text messages, even though this isn’t an expression of our reality.

Stella Harris, a sex and relationships coach at Juicebox, says, “Swiping culture has accelerated the process of getting a crush and getting our hopes up—even if it comes in 30 second doses.”

Fraga says, “Projection is a defense mechanism in which we evacuate unwanted or scary feelings onto someone else.” The issue with projection is that it usually has nothing to do with the person we’re a dating. In fact, it almost always stems from a deeper emotional issue that can be really hard to face. “Whenever we project onto others, we unknowingly spin our fiction around how they’re thinking and feeling about us,” Fraga adds. When we’re caught in this narrative, we may misread people’s behavior—even if it wasn’t their intention.

Harris says, “Sometimes we can conflate what we’d like a connection to be with what it actually is, and the dashing of those hopes can amplify the feelings of loss when the connection is over.” 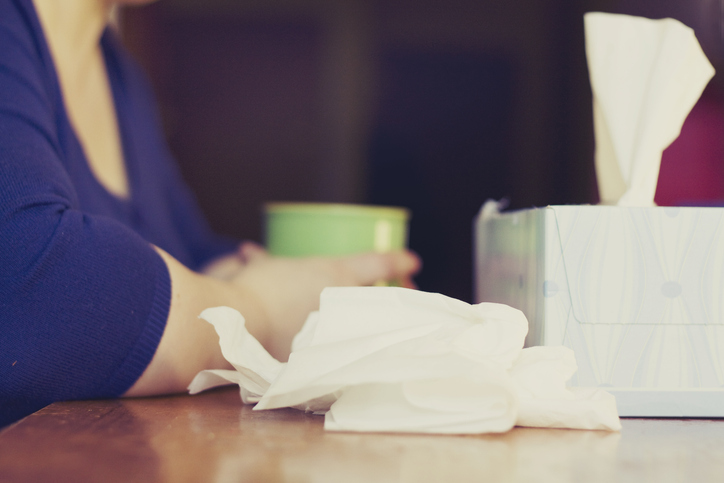 According to Ellen Huerta, CEO and founder of Mend, an app that helps you navigate heartbreak, “Heartbreak can feel like withdrawal.” Studies have also shown how that heartbreak can impact one’s immune system, making us more prone to getting sick with a cold or the flu. It can cause physical aches and pains, and leave us feeling more fatigued. A breakup or a divorce can change your physiology and neurochemistry, triggering depression or anxiety.Fraga offers, “Regarding our mental health, heartbreak can cause profound feelings of sadness and anger.”

So how do you heal from the blow of a relationship that never really got to be one—but almost was?

First, Harris believes it’s important to recognize that, regardless of the situation, your feelings are valid. According to her, “When we’re grieving the loss of a relationship, it’s not just the time spent together we’re grieving for, it’s our dashed hopes for what the future may have held. So regardless of how long a relationship lasted, or if you’d even call it a relationship at all, that disappointment can feel devastating.” With this, it’s important to refrain from shaming yourself over your feelings because that won’t allow you to process them and move on. “Try to embrace what you’re feeling and give yourself permission and space to heal in whatever ways you need.”

Fraga recommends talking to a loved one or friend about your feelings while making sure you don’t distract from your emotions. “Embracing one’s emotions, even if they’re painful, can make heartache shrink. It might not happen overnight, but acknowledging the loss is one step of the healing process,” she claims.

No matter the length of the relationship, it’s important to treat this situation as you would any other breakup. “Spend time with friends, rekindle hobbies, and ramp up your self care,” offers Harris. Create a full life you’re proud of and enjoy—one in which you’re not constantly looking to someone else to validate all of your needs.

And in the future, try taking your time to get to know someone, slowly and steadily. “Pay attention to how they behave and what they say, and try to be really honest in your observations,” asserts Huerta. She advises to listen to what they’re saying, to not ignore red flags, and as Maya Angelou once said, “When someone shows you who they are, believe them the first time.”

As Harris says, “Love is a feeling that develops over time and can manifest in a variety of ways. Love generally involves knowing someone well, and for some length of time, and does not need to have a sexual component.” While online dating can make everything that much more complicated, it’s our job to continue learning how to distinguish the difference between lust and love, and recognize that no matter the length or trajectory of a relationship, it’s okay to feel pain. In fact, feeling pain is the first step toward healing.

I will keep these things in mind as soon as I’m ready to throw myself into the dating pool again.