There has been a huge increase in the number of women choosing IUDs as their go-to form of contraception, and for good reason. It’s currently one of the most effective methods of birth control available despite the cramps associated with it.

IUD stands for Intrauterine Device—a small, often T-shaped device that’s inserted into a woman’s uterus by her doctor to help prevent pregnancy for several years. So much easier than remembering to take a pill every day, right? 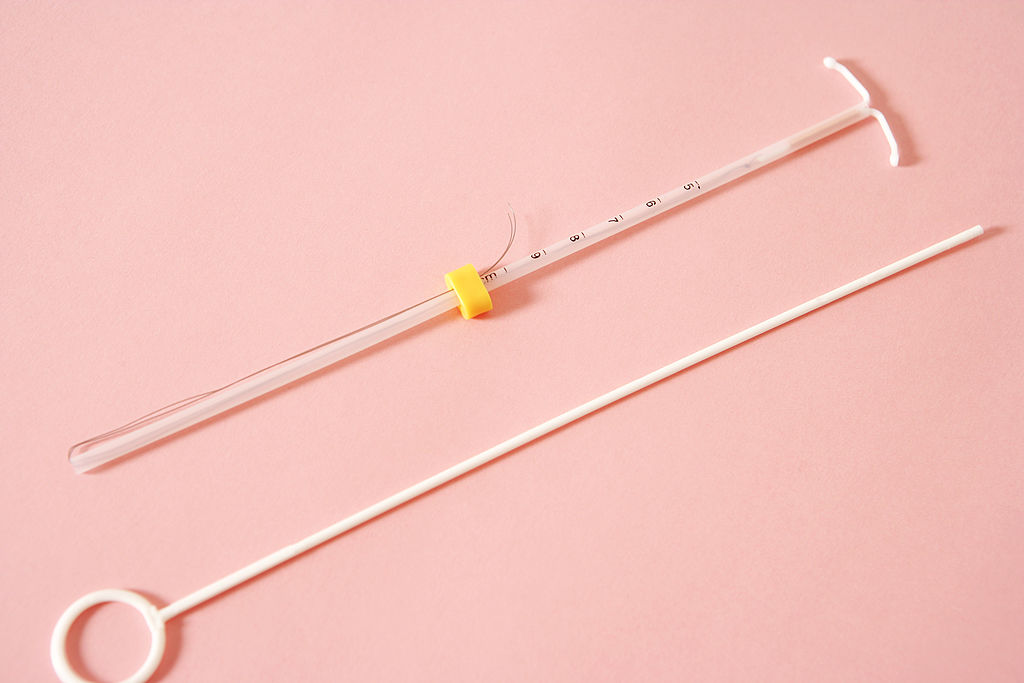 There are two types of IUDs available in the United States. One emits a low level of copper (ParaGard) and the other gradually releases a synthetic hormone called levonorgestrel (Kyleena, Liletta, Mirena, Skyla), but both have been reported to cause cramps. The cramps may occur a few days after the initial IUD insertion, and having the IUD in may intensify your monthly PMS cramps. The cramping, similar to the kind you get on your period, is how your body reaction to your cervix opening.

"IUD cramps are caused because the uterus is a muscle, and having the device placed causes the uterus to contract around it," explains Dr. Nicole Williams, Founder of The Gynecology Institute of Chicago. Remember, cramps are just small uterine contractions. Sometimes, after your IUD is placed, there is an adjustment period while the device settles. This may cause some occasional sharp pain best alleviated with a heating pad, ibuprofen, or stretching," she says.

We’re sorry! It seems there’s no escaping it, BUT there are ways to help ease the cramps caused by IUDs.

1Use a heating pad of hot water bottle

Alyssa Dweck, M.D., gynecologist in New York placed her stamp of approval behind using heating pads or hot water bottles to ease your cramps. Dr. Dweck told HelloGiggles, “It’s soothing, it brings blood flow to the surface of your skin and also to your muscles.” She also suggested taking a warm bath or a hot shower, concentrating the warm water on your lower pelvis.

In an interview with Elle, Dr. Fahimeh Sasan, assistant professor of obstetrics, gynecology, and reproductive science at the Icahn School of Medicine at Mount Sinai said,

Although the last thing you might want to do after a procedure like getting your IUD placed is get up and move, a study conducted by a team of researchers from St Mary’s University in England found that exercise actually did wonders for easing abdominal cramps.

Dr. Dweck also recommends trying some light movement like yoga, stretching, or going on a short walk. You’ll be surprised at how the endorphins can kick in and actually make your cramps feel less intense.

4Change up your diet.

Adding different foods could help your body as it adjusts to the cramps caused by your IUD insertion. Try things like:

If you’re feeling especially adventurous, you could try an electrical stimulation device like the Livia device. The device is a pocket-sized version of the electrical stimulation machines you’ll find in a doctor’s office. According to its website, “The idea is to close the ‘pain gates.’ The device stimulates the nerves, making it impossible for pain to pass. The method Livia uses has been proven effective in several clinical studies.”

Luckily, the cramps may improve after the initial one to three month adjustment period. Dr. Sasan noted,

"The worst cramping is going to be that first week, and then it can be common to have more cramping than you’re used to during your period. That also tends to improve with time, and every woman is going to be different, but maybe your first few periods are going to be painful and then as time goes on, you will improve."

Hopefully these tips will be useful to ease your IUD-induced aches and pains!