On Monday, April 17th of this year, I did what a limited number of competitive runners are able in their lifetime — I crossed the Boston Marathon finish line. With tears in my eyes, I thought of all the things that happened leading up to those final moments, and all that would change because of them. Thanks to an invitation to join the CLIF Bar team for this historic run, my initial excitement quickly waned as I realized all the steps necessary to get from my acceptance to that emotional finish.

It’s difficult to explain to others how hard I fight to appear “normal,” and how desperately I wish to succeed at doing so. My anxiety is all-consuming; a never-ending ferris wheel spinning my thoughts ’round, while my OCD works to keep those thoughts in check by way of unusual tics (such as tugging at skin), and the PTSD attempts to cut them both off at the pass with a firm “no.” Because the world is too scary to answer anything else.

These disorders have come to believe they’re protecting me from danger, though the older I get, the more I see they’re merely keeping me from living. 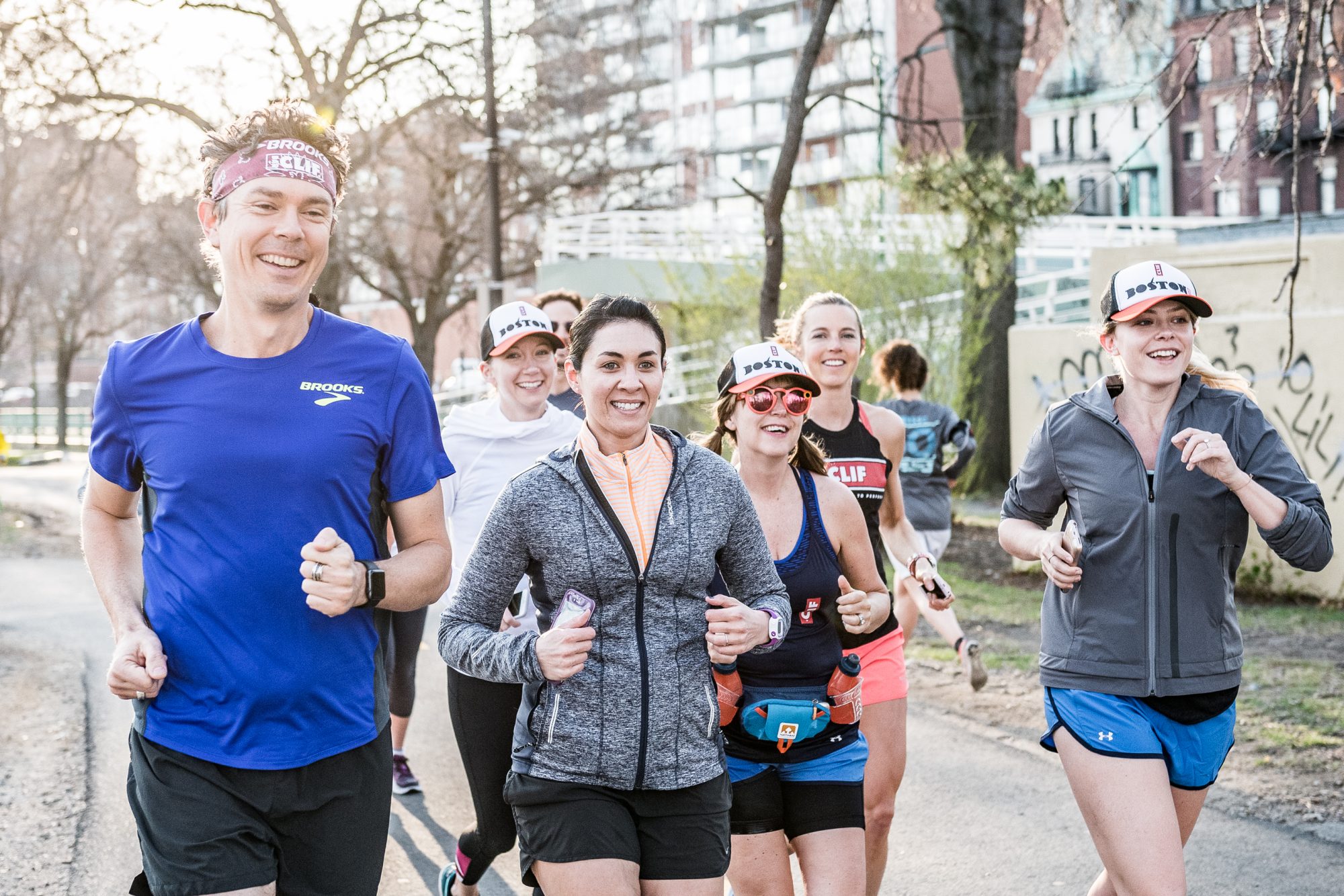 When I received this generous invitation, from a company whose ideals I admire and whose products I love, I didn’t hesitate in my “yes,” and at first, that scared me, too.

How could I be so quick to take a risk? I decided to go with it, even though within the same few days, my husband was offered an out-of-state job he’d applied for, and accepted. Needless to say, my anxiety was already high because of all these big decisions (this race) and changes (an impending move)— something my OCD thrives on to gain some sort of order.

After decades of different therapies, medications, breathing exercises, and (fill in the blank), running had been my only true form of meditation — a real source of healing and serenity not found through traditional tools. As an out-of-shape mother of two, I survived a brutal postpartum depression (PPD) with my firstborn daughter and suffered two miscarriages before finally having my son. Throughout all of this (10 years in the making), my weight ballooned, my self-esteem plummeted, and my anxiety — along with the other disorders — became magnified.

Running saved me in more ways than one. 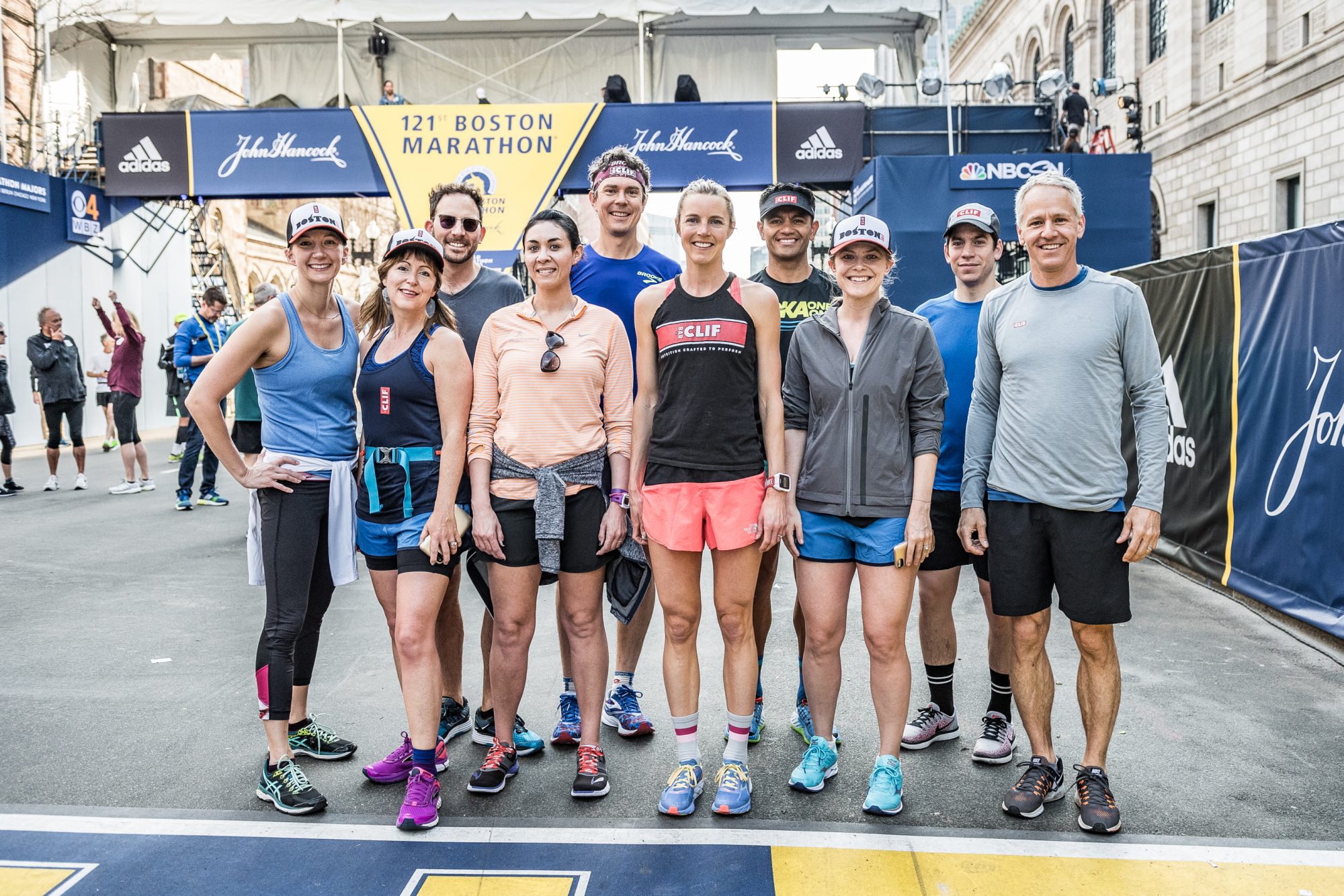 The moment I registered for this marathon (which makes my third big race within five months), I wondered a lot of things: Could I manage my anxiety through the whole weekend? What would I learn about myself in doing something so far out of my comfort zone? Most of all, how could I pass such an incredible opportunity up — despite my anxiety?

The answer is, I couldn’t.

None of the other details mattered right then because something inside told me to go for it: The race. The out-of-state move. All the choices I’d normally scoff at because they meant facing my fears head-on. This time, I refused to give in to my disorders. This time, I wanted to conquer my fears so that, when I returned home, I’d feel triumphant; not just for running Boston, but for letting Boston transform me into the woman, wife, and mother I know I can be.

Thus began a 4-day excursion into the great unknown.

A gorgeous city I’ve never been to with people I’ve never met, running a distance my body felt a bit too fatigued for, and yet the more I fought through the discomfort and succumbed to the experiences, the less anxious I felt. My long weekend began with an early flight (and layover in D.C.). I’m not a great traveler to begin with, but on the second plane, I got sick.

Once we landed and my stomach settled, I had my first Uber fiasco. Coming from the midwest, my husband and I have never used this service. The result was a double charge, confusion, and an anxiety headache. An hour later, my first Uber ride was over. Thankfully, the hotel was expecting us (a fear I’d concocted in my head)(thanks, anxiety). We had the entire day to ourselves to tour the city, which helped relax my nerves for the events to come.

And with the itinerary, I’d have lots of time to second guess everything.

On day 2, I met the CLIF Bar team (along with Jess Barron from Livestrong and Nicole Christensen from Women’s Running), for a fun-filled lunch, brewery tour, and documentary premiere. Just beforehand, I’d cried in the bathroom for fear of not living up to expectations (a fun tradition I have). But with my husband at my side, not only did I get through the introductions and events, I felt good about them. My anxiety was present, but I was in control — something that doesn’t happen often.

Day 3 began with a 4-mile shakeout run with ultra-marathon legends, Scott Jurek, Stephanie Howe Violett, and Jorge Maravilla. While I was nervous, I also felt at ease.

I made conversation and somehow sifted through my fears to let the better parts of me shine through. What had I done differently than literally any other time in my life? Was it the city, the people, or had I finally managed to circumvent the anxiety to live in the moments? Whatever it was, it carried me through the rest of the day (only amplified by breakfast with CLIF Bar founders and co-visionaries, Gary Erickson and Kit Crawford), and on into race day morning. 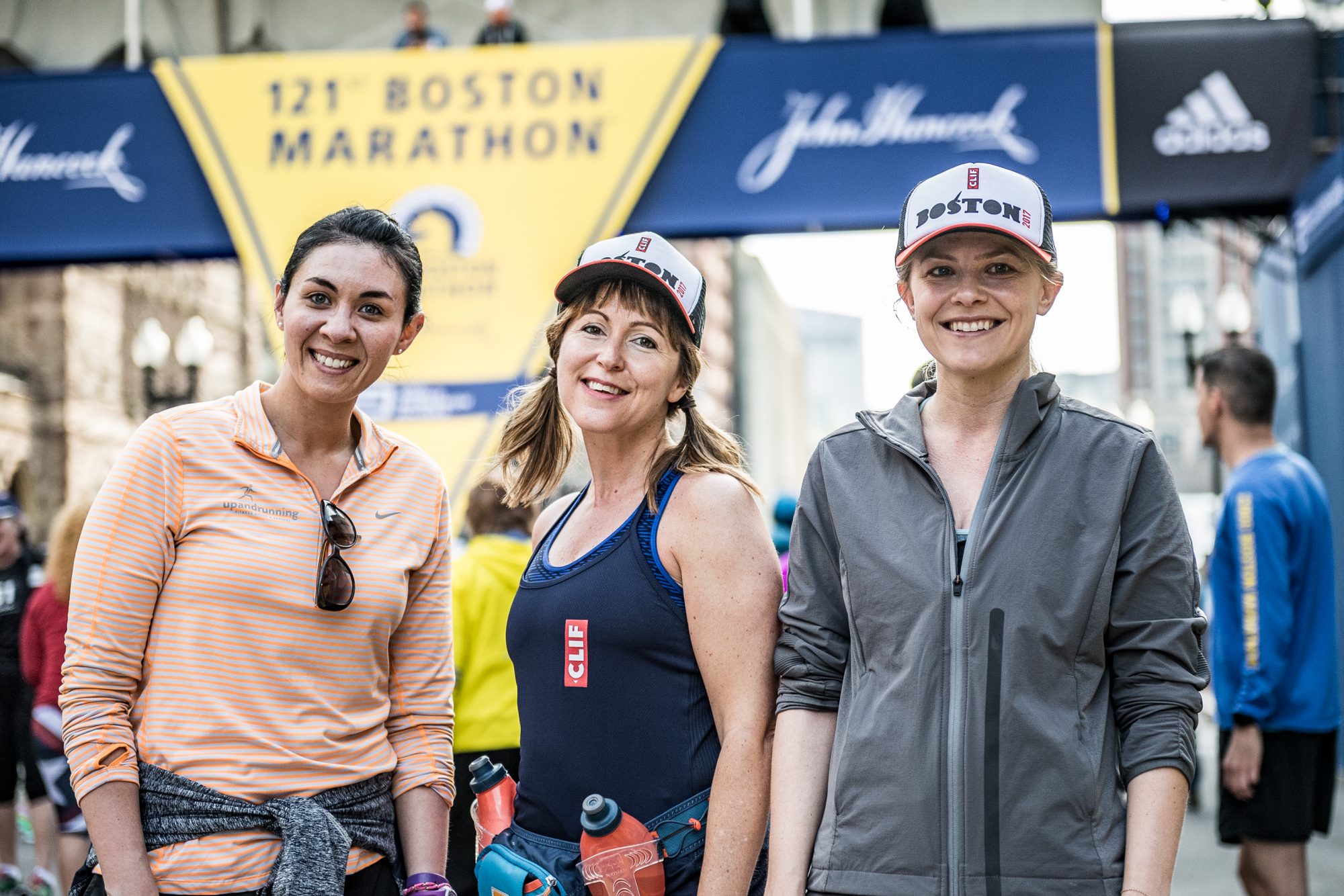 The day of the race, I awoke around 3 a.m. with massive cramping only to be described as Mother Nature’s cruel joke. And sadly, that’s something that’s happened to me during nearly every marathon I’ve run. All my previous confidence vanished, and with each passing pain, I panicked. Suddenly, what started as a natural bodily function morphed into all the anxiety I’d been holding in. Scared to run, scared to move, scared to cross the finish line — knowing once I did, everything would be forever changed. So I went down my usual path of self-loathing.

It’s what my anxiety needed in order to flourish.

But something happened this time: I acknowledged the fear, told myself it was okay, envisioned what the finish would feel like, and onto the race I went.

A lot goes through my mind in 26.2 miles, especially when my life is on the verge of such a dramatic shift.

My husband was scheduled to leave for that new job two days after our return, while the kids and I stay behind (until school’s out). For an unknown length of time (something else I don’t deal well with), I’ll be a single parent. Scared as hell about what the future may bring, I made a conscious effort to feel every footstep through those miles, touch every hand within my reach, and revel in the path once taken by the very first Boston marathoner over a century ago.

At some point, I felt euphoric and grateful just to be alive.

I crossed the line well over the time I’d hoped for, but it didn’t matter. By the end of the race, I felt lighter; free. Through every mile, I let something go. Fear. Control. Insecurity. All the anxiety that’s eaten away at my ability to make decisions that might actually be great. I don’t know what it is about Boston that led to this. Maybe it was the camaraderie of the city or the kindness of the CLIF Bar team and their elite athletes who didn’t treat me as inferior, but as an equal. Whatever sparked the change, I’m grateful. I may not be free of every stressor, but running Boston, and saying “yes” to the whole weekend, tells me I’m close.

Thank you, CLIF Bar, for more than a race weekend — for helping me persevere over my anxiety.

So that I could live.