A lot of girls grow up thinking, “I wish I was normal.” For many, this usually means wishing for other girls’ beauty and popularity — I grew up wishing I had the same brain, that I could join this foreign wavelength that everyone else seemed to gravitate towards.

I was battling an autism spectrum disorder.

The autism spectrum is a series of developmental disorders that range from having a low to high ability to function as “normal” in society. As a young child, I only crawled backwards. I didn’t walk or talk at a normal age. When I was able to talk, it took a number of speech therapists to help me speak in a way that people could understand. I needed an immense amount of help with motor functions like holding a pencil or feeding myself. But at that age, I didn’t care. The concept of “normal” had not yet appeared in my personal dictionary.

I was ten years old when all of this really started to affect me.

While other kids were socializing and being kids, I was on the computer. I didn’t use AOL chat to talk to friends about boys, and I didn’t curate my collection of Neopets; instead, I did “research.” I had folders within folders of evidence on a myriad of conspiracy theories. I wrote links and connected photos or anecdotes until I felt that I had truly uncovered something — then I would move on to my next piece of research. It was an obsession.

This is what, in the autism community, has been coined a “special interest.” I tried to bring this obsession to the children around me, but people saw it as strange and unusual. 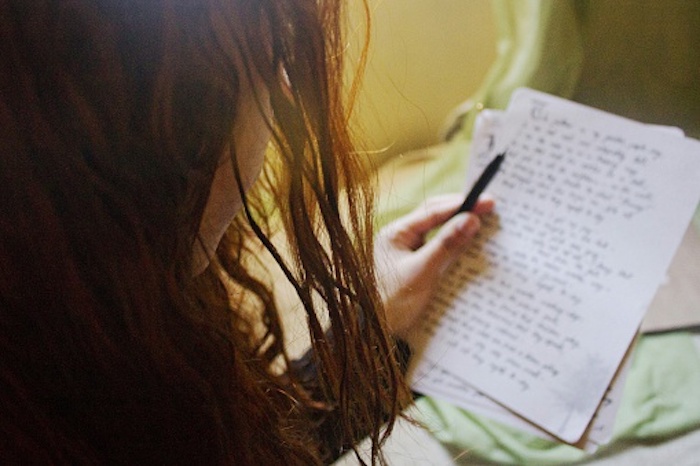 It spiraled as I got older. As time went on, conspiracies lost my interest, and I had nothing that I could do for long enough to hide from the world. If I did research, I was a weirdo. If I read a book a day, I was also a weirdo.

Everything I did to mask my feelings of inadequacy only strengthened my differences.

When it came time for high school, things became dark. I was bullied every single day through purposeful exclusion. Classmates wrote about me, disparaging me on Tumblr. The administration at my school wouldn’t attempt to mediate, and I was left to fend for myself. I frequently used hall passes to leave class and sit in the bathroom, re-reading what my peers thought about me. It felt like there were always eyes on me. It was as if a wave of energy would course through me — I was filled with manic thoughts, and I didn’t know how to deal with them.

The immediate default was self-harm. I would bang my hands against my head until it finally felt like an empty slate. This became a habit for every form of stress in my life. If a class was too stressful, if there was too much noise and I became overstimulated, if my family was fighting, it always led back to self-harm. It was my escape from the intrusive thoughts. It was my way of challenging the words that I repeated to myself in my head, and the only way I felt I could regain control when nothing else was within reach.

I would like to say that things got better as soon as I left high school, but learning to work with what you have been dealt is a long and strenuous process. I was in denial that I had a problem for a very long time.

Then I started dating my current boyfriend, who helped me realize that I needed guidance.

I did my own research on what could be wrong with me, but I was unwilling to admit that I had any sort of disorder. It wasn’t until I started working with autistic children that everything began to connect. All these “problem behaviors” that I was supposed to rid their lives of were the same ones that I had been battling for a long time. Looking at myself and comparing my actions as a child to those of my clients led me to the conclusion that I needed to see a professional.

I went to a psychologist, and as we went through the diagnostic process, it became more and more apparent: I was high functioning autistic.

At first, I felt fear, but this was followed by a wave of relief. I finally knew what was different about me.

In the months since my diagnosis, I’ve learned a great deal about myself. By utilizing the resources that are available to me, I’m learning ways to feel better, though there are still a lot of things that I need to work through. While some aspects of my life are a great deal harder because of this disorder, I’m starting to work with autism as a part of who I am.

Annika Hodges is a 20-year-old college student in Oregon. She has been writing for as long as she can remember. When not writing, she enjoys photography and geocaching. Follow her on Instagram: @secretsnevercease