Bad and boujee: How I will fight the gentrification of my neighborhood

A curious thing happens when you see statistics like the ones reported by the National Center for Education Statistics. Within recent years, African-American women have, in fact, been steadily sailing to the top of the class (literally) as the demographic with the highest level of college entrance. Simply put, the upward mobility is very real, or so it would seem.

As a Black woman with a failed attempt at graduate school and an undergraduate degree in English and Communications, I spend a good bit of my time questioning whether or not being $75,000 in student loan debt was worth it just to claim the title of “Educated Black Woman.”

There are moments when I think that having a degree (which I keep housed in an ill-fitting plastic picture frame btw) has the power to distance me from the inner city. But the truth is that I am not a special snowflake for obtaining a degree. Not when I have to listen to the roaring train that runs a mere two blocks behind my father’s house, or when I lay awake at night because there is a dog in the neighborhood who barks ’round the clock.  Or worse, when I am lamenting over the people in my neighborhood who look just like me, but spend their days posted on street corners.

It’s during these moments when I contemplate the misconceptions about Black people, and I am forced to come face-to-face with my own bias. The fact of the matter is, most people in my neighborhood are not here by choice; marginalization and the lack of opportunity has kept their lives static. 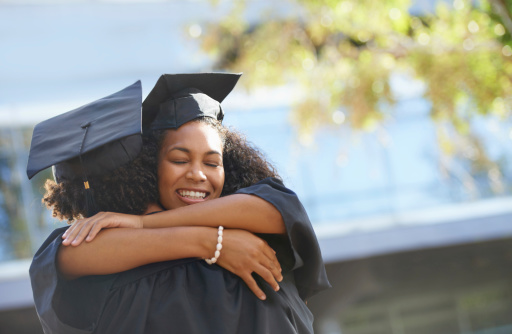 Every city has some less than glamorous parts — but when a span of only a few blocks separates gentrification from vacant lots and derelict housing, it raises cause for concern.

As much as I love my Venti Frappuccinos, neighborhoods that are on the fringe of poverty don’t need another Starbucks — they need a resolution.

My friend and I were recently eating in one of the many local hot spot restaurants in our neighborhood, and joked that if we had only gone a few blocks up, we would have been in the ‘hood — not on this street lined with trees, record stores, and cafes specializing in everything-free food. I joked about being “bad and boujee” (the term “boujee” becoming less of a contemptuous term thanks to Migos) because, once upon a time, my desire to live within those same tree-lined blocks and eat vegan cupcakes wouldn’t have been nearly as commonplace.

Needless to say, the fact that I participate in the very thing that I frown upon has me feeling some type of way, so I’m asking myself this unshakable question: What role do I play as a Black gentrifier? How do I navigate a conversation about other long-time Black residents being pushed to the edges of cities (by chain stores and erasure), when I look just like those residents?

No, I may not head the corporations that are edging out residents instead of empowering them — but I continue to funnel my income into these establishments as they make empty lots prettier and buy out struggling tenants from their homes.

When faced with my own complicity in the matter, I had to deal with the fact that continuing to sit back and sip my loose tea — all the while complaining that my neighborhood does nothing to address the cycle of gentrification — keeps me as a sideline observer.

I need to be conscious and mindful, now more than ever. I am by no means a part of the middle class, but even as a working class Black woman, I sometimes have enough disposable income to “make it rain” (and by that, I mean maybe I can buy some organic fruit). But am I going to make that purchase at a supermarket chain, or am I going to go to a local farmer’s market, where I know my dollars are going back into the neighborhood?

In my quest to make it out of my neighborhood, I cannot escape the effects of gentrification — or deny the significance of upward mobility.

That means I have to work harder to stay informed, and find ways to stay both active and proactive in initiatives protecting long-time residents and giving them a voice. If cash rules everything around us, then being smarter about where we do and do not put our money is one of the most powerful ways to lessen our complacency.